On Wednesday, Richmond Heights police released security video shot close to the time of the attack. 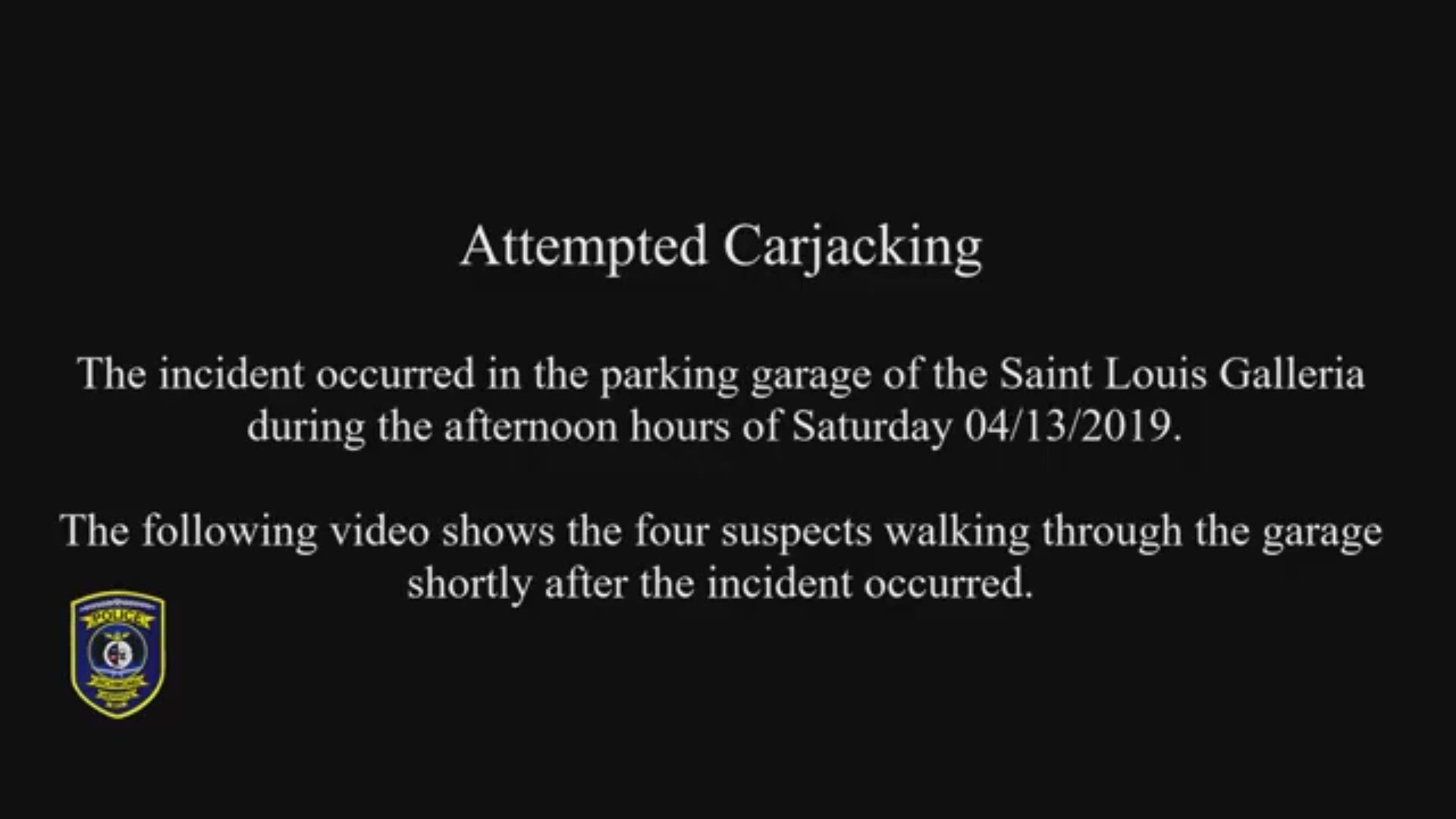 RICHMOND HEIGHTS, Mo. — Police are looking for four people they believe are suspects in the attempted carjacking of an 84-year-old at the St. Louis Galleria earlier this month.

Police said the woman was injured in the incident on April 13.

The Richmond Heights Police Department said that at about 3 p.m. the woman was walking to her car at the south end of the mall's parking garage on the second level. That's when police say four kids, two boys and two girls, demanded her keys.

RELATED: UPDATE: 84-year-old woman hurt when 4 kids try to carjack her at Galleria

The woman refused to give up her keys and one of the boys punched her. The kids then ran away.

On Wednesday, Richmond Heights police released security video shot close to the time of the attack.

Anyone with information is asked to call the Richmond Heights Police Department's tip line at 314-655-3555.

The woman's injuries were minor.