Friends of Jonathan Swoboda, 25, told police they feared he was planning a large scale attack 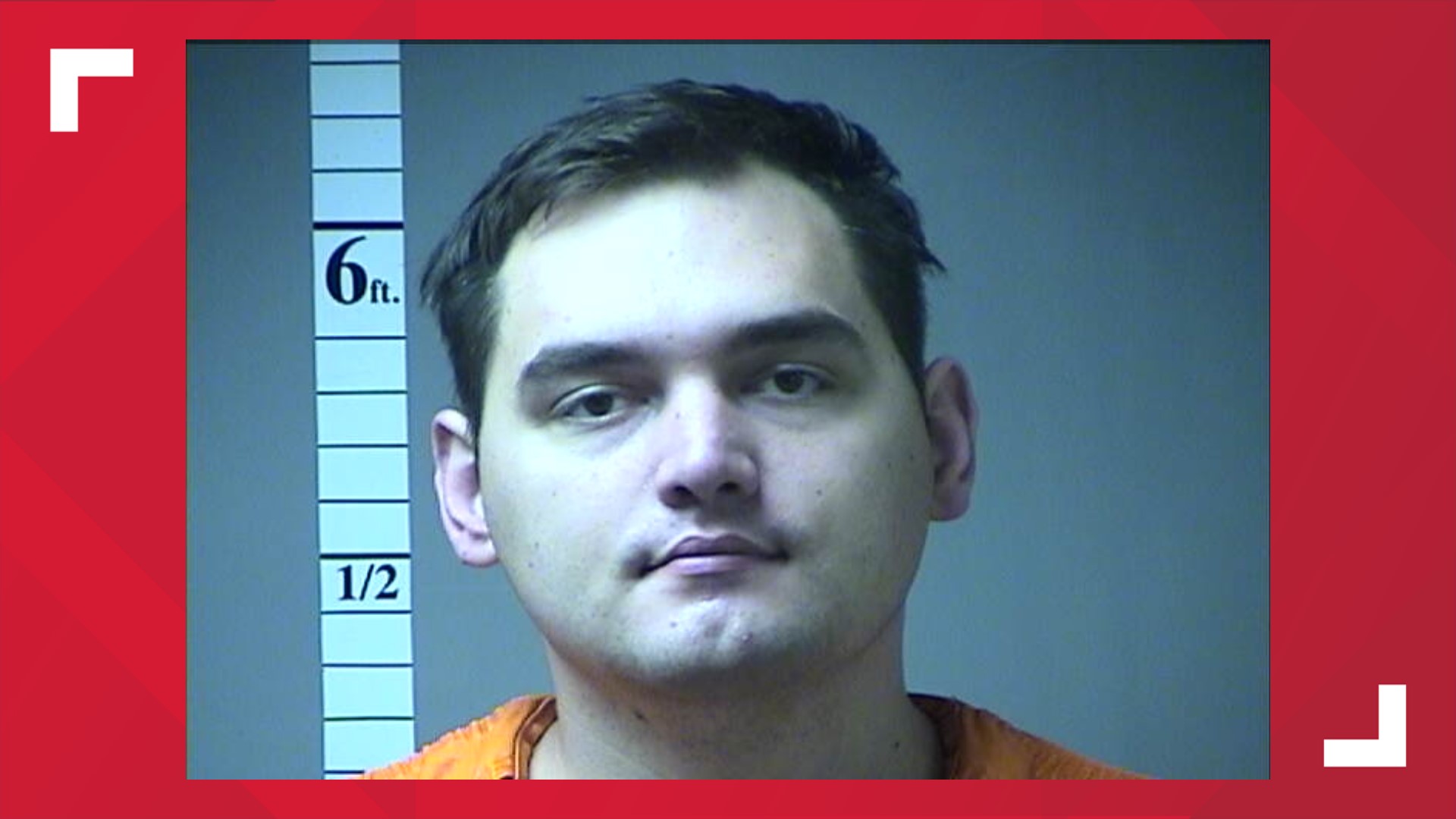 ST. CHARLES COUNTY, Mo. — St. Charles County police found an arsenal of grenades, pipe bombs, a landmine and other explosive materials in Cameron Swoboda’s basement after his friends and associates told them they feared he could be planning a large scale attack on Black Lives Matter protesters, the military and possibly the police, according to court documents.

Swoboda, 25, of the first block of Suncrest Drive in St. Peters has been charged with three counts of unlawful possession, transport, manufacture, repair or sale of an illegal weapon – all felonies. His bail has been set at $50,000 cash-only.

Swoboda’s friends told police that he frequently talked about his dislike for Black and Hispanic people as well as anything to do with criminal justice reform and Black Lives Matter rhetoric, according to court documents.

He also told them that he believed martial law may soon be imposed because of the COVID-19 pandemic and that he may have to “go to war,” with the military or police, according to the documents.

“They described him as very extreme in his beliefs and how he was actively trying to get a belt fed fully-automatic weapon to use when martial law was imposed,” according to the documents.

In all, police found six grenades, two pipe bombs, a landmine that was made with a 3D printer and enhanced with metal BBs to create fragmentation, according to the documents.

On June 22, the ATF asked a member of the St. Charles County Bomb Squad to assist with a search warrant at an apartment in the 200 block of Casalone Drive. Once there, officers found multiple .410 shotgun shells in the apartment that had been cut open and emptied of the gunpowder and steel shot. The resident there, a friend of Swoboda’s, told police he saw Swoboda empty the shells and make an explosive mixture about a month before.

Swoboda also led ATF agents to the area of the 1700 block of Dalbow Road where he told them he had hidden some grenades and ammunition. There, police found six round M67-style grenade bodies, according to court documents.

Inside each one, Swoboda had glued BBs, possibly steel shot, to the inside walls of the grenades.

“I do not know of any legitimate reason for these to be glued to the inside wall of these grenades unless the suspect was attempting to produce more fragmentation during a detonation to injure or kill more people,” wrote St. Charles County Bomb Squad Det. Brian Reimer.

Police also found a landmine with the same style BBs glued on its inside wall.

“This added nothing to the structural integrity of the item, and could only have been added to create high speed projectiles during a detonation,” Reimer wrote.

Swoboda’s friends told police that they had seen him with these items in his bedroom at his home as early as June 20. The friends also said they saw more than 1,200 rounds of ammunition in distinctive cases in his room.

“Through my training and experience I believe if the explosive mixture located at the apartment had been added to any one of the devices found, they could have produced a viable improvised explosive device that could have injured or killed people around it,” Reimer wrote. 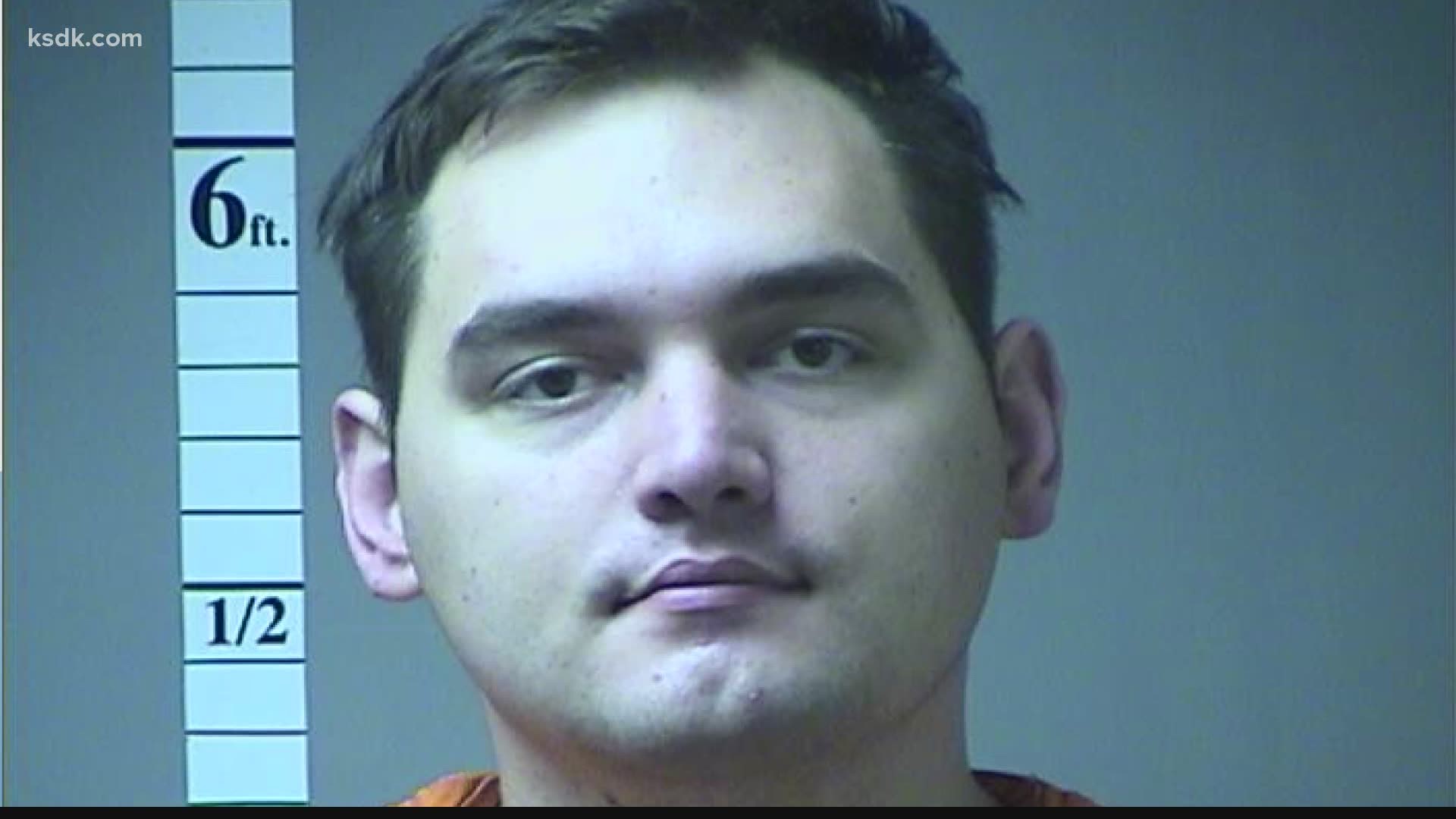