The police department provided booking photos of four of the suspects, saying it's uncertain on identities of remaining three 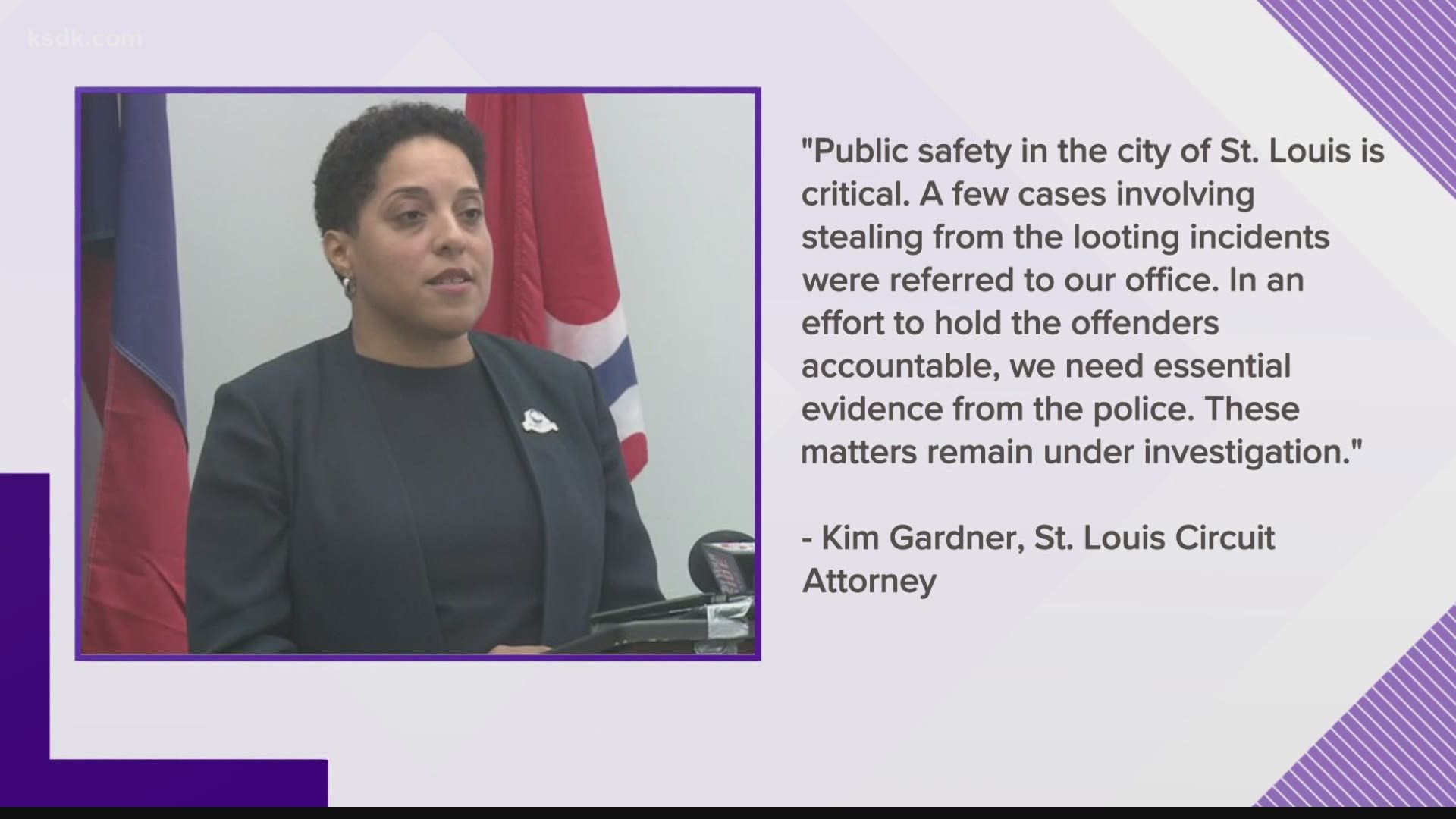 ST. LOUIS — St. Louis Circuit Attorney Kim Gardner said she has charged seven people police arrested in connection with rioting and looting that took place following protests earlier this week – a number that differs from information St. Louis police provided to 5 On Your Side.

Officers applied for charges against eight of those individuals – but Gardner refused to issue them within the 24-hour window in which they can hold someone without a charge, Woodling said. Two others were given summonses for violating city ordinances.

And the remaining 26 were released from custody after the 24-hour window expired. Woodling said police needed more time to gather evidence before presenting those cases to Gardner’s office.

Missouri Attorney General Eric Schmitt, a Republican, blasted Gardner for not charging any of the 36 people arrested on suspicion of crimes related to the riots after they were released and vowed to seek charges at the federal level.

Gardner, a Democrat, took to YouTube to defend her actions, saying police applied for warrants against eight people and that it would be “unethical” for her office to charge them without sufficient evidence.

READ MORE: Byers' Beat: Behind the clash between Eric Schmitt and Kim Gardner

On Friday, that number changed to seven in a tweet from Gardner's office, which read, in part, "To date, officers have provided evidence in just seven of the 36 cases, I have only been able to charge those individuals.”

St. Louis police said Friday that only four of the eight people officers sought warrants for had been charged.

The reason for the discrepancy between the number of people Gardner said she has charged remains unclear.

Her office has yet to respond to questions from 5 On Your Side.

5 On Your Side has also requested documentation explaining the nature of those charges. Gardner’s office has not yet responded with that information.

The four people St. Louis police say have been charged include:

Stefon Hornaday, of the 1700 block of Parker Road, was charged Thursday with receiving stolen property, a felony, and resisting/interfering with arrest, a misdemeanor.

Shannon Brown, 32, of the 4700 block of Aldine Avenue, was charged Thursday with receiving stolen property, a felony.

Gary March, 19, of the 1200 block of North Seventh Street, was charged Thursday with receiving stolen property, a felony.

Nautica Turner, 25, of the 5300 block of S. Compton, was charged Friday with receiving stolen property, a felony.