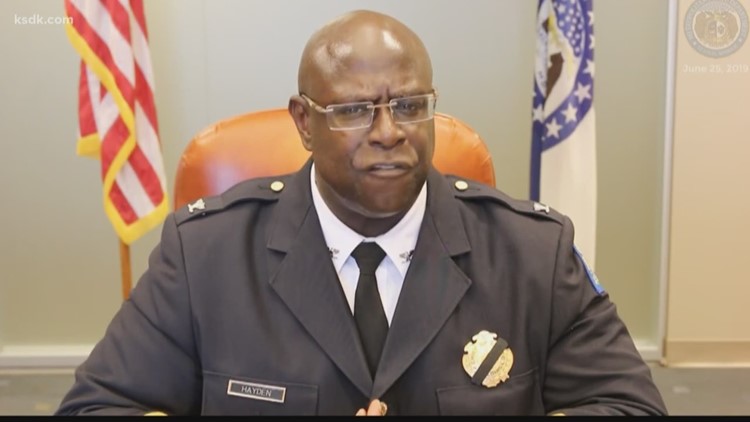 ST. LOUIS — When 6-year-old Oriel Finney was hit by a stray bullet earlier this month, she knew what she went through.

"They shot me in my back. It hurted."

And she knew what happened to her friend, Kennedi Powell, 3, who did not survive the shooting.

"Ken Ken died," Finney said. "She got shot in her chest."

"In each case, we have not gotten full cooperation from every single adult or teen in and around the toddlers when the shooting incidents have occurred," Hayden said.

Stu Durando wrote the book, Under the Gun, charting the rise in gun violence cases at St. Louis Children's Hospital.

"As of 2015, the numbers started to escalate and they have remained elevated for four-and-a-half years through the first half of this year," Durando said. "They're up about 55% over the previous five year period. So it's quite an increase."

Durando said he saw the violence take a toll on staff.

"It does create quite a bit of a burnout," Durando said. "Some positions were overturned 1, 2 or 3 times."

But Hayden said they're having a tough time closing these case. The number one reason they can't solve violent crimes in the city — he said — is uncooperative witnesses.

"Because so many of the shootings are tried to drugs or other illegal activity, the surviving victims and witnesses are unwilling to cooperate will police," Hayden said.

If you have any information that would help police close these cases, contact CrimeStoppers.

Correction: This article originally referred to Powell and Finney as cousins. They are friends.