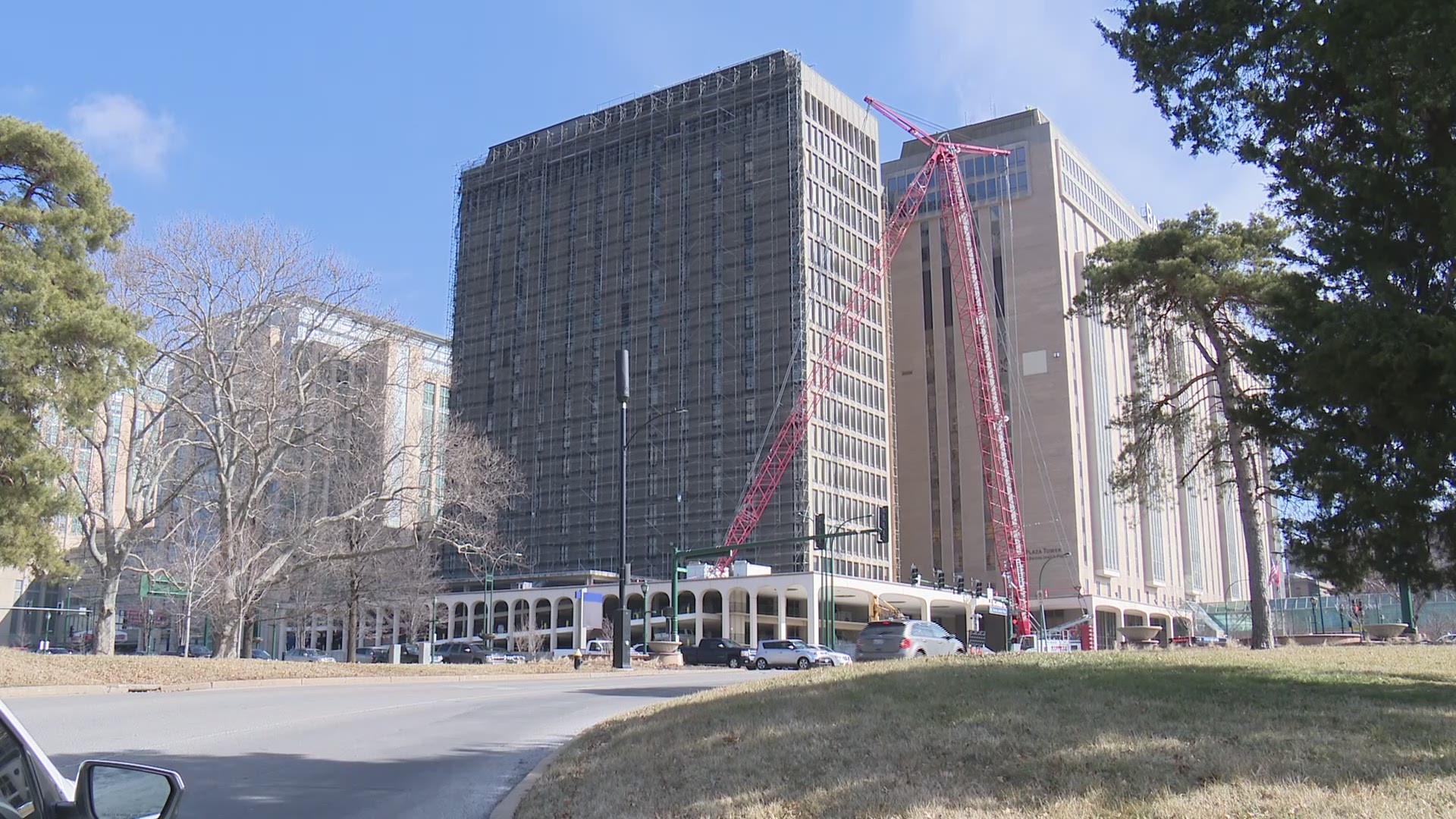 ST. LOUIS — The St. Louis skyline will undergo a significant change next month as Barnes-Jewish Hospital’s Queeny Tower is set to be demolished.

Queeny Tower has stood at the corner of Kingshighway Boulevard and Barnes-Jewish Plaza for 55 years and will come down to make way for an expansion on the medical campus.

In March, a 400-foot crane will begin tearing down the building’s exterior one floor at a time, according to a news release from BJC. Scaffolding, protective netting and plywood installed on three sides of the building will contain debris within the site.

The health system said demolition will wrap up in late-September. The construction timeline for the new tower has yet to be determined.

When it opened in 1965, Queeny Tower showcased the latest features in health care design. It was primarily used for long-term patients, with a mix of hospital beds and doctors’ offices. It also featured hotel rooms, a restaurant and an 18th floor swimming pool.

Since hospital design has evolved so much over the years, BJC said its necessary to upgrade the tower space to support modern and evolving health care technology.

"The new tower will deliver on the future of care delivery and healing, bringing together advanced technology and an exceptional patient experience," BJC said in the release.

Demolition of Queeny Tower and construction of a new inpatient facility are part of BJC’s long-term renewal of the Washington University Medical Campus.

The renewal project was launched in 2012 to transform the campus through renovations and new construction to create a patient environment and experience that matched BJC’s “reputation for excellence in medical care.”

Highlights of the project include private patient rooms and major improvements to parking, arrival and departure.

BJC has several live cameras set up to watch the demolition. You can watch the progress on BJC's website.