College applications — and rejections — are up for the class of 2021

The pandemic changed the way students applied to college this year 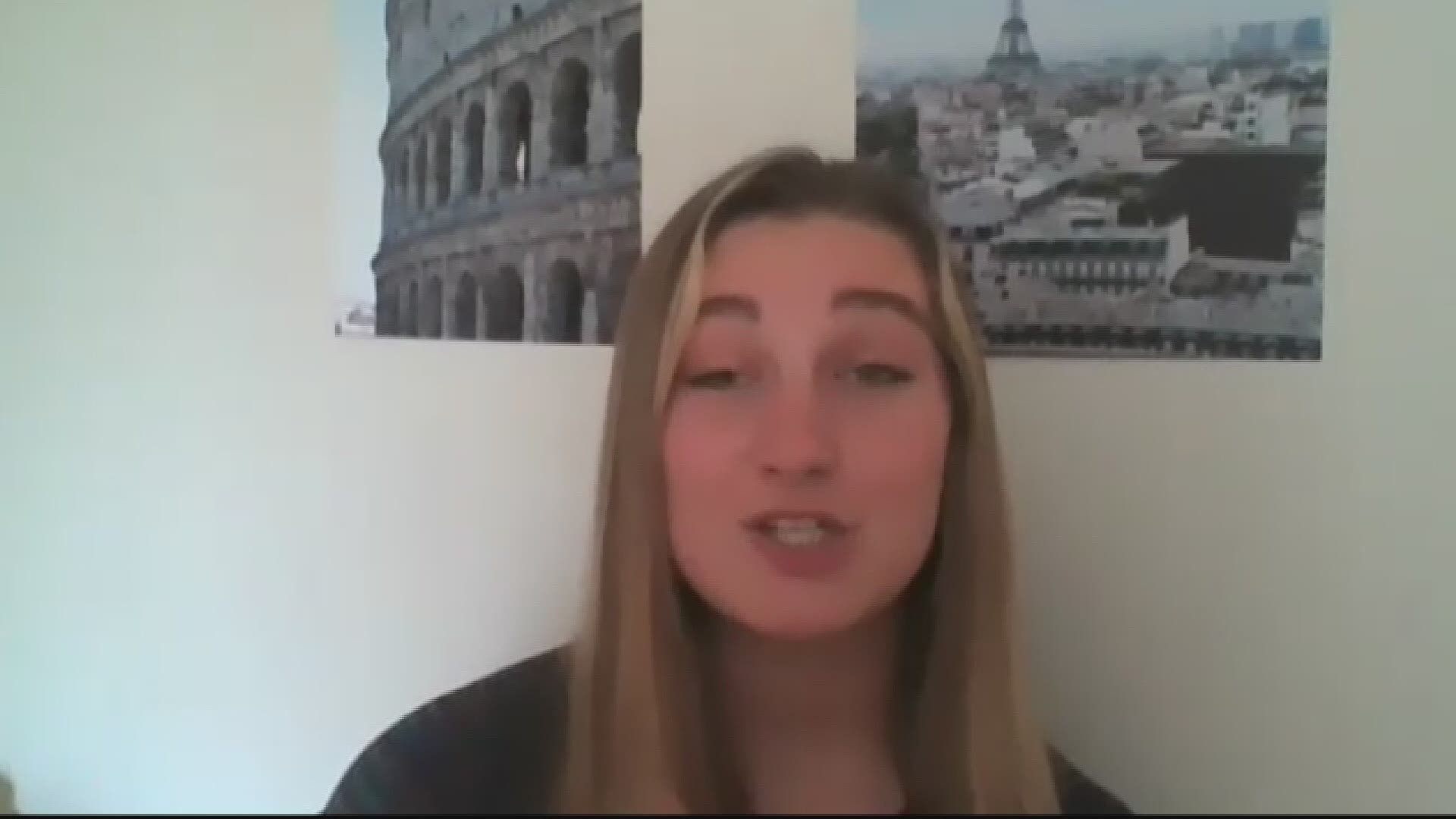 ST. LOUIS — Applying for college can be one of the most important, exciting, stressful times for a student and their family. Throw in a pandemic? It's been an admissions season unlike any other — and the class of 2021 might have developed a new strain of senioritis.

"It's just been really challenging for students to even engage in [the college admissions process]," said Nana Prange, a counselor in the Parkway School District who helps students navigate life after high school.

“It has definitely been very challenging. There are so many unknowns as far as what the fall might look like,” she said.

She has seen the same scenario as other guidance counselors across the country with the class of 2021: when the usual rules for senior year don’t apply, students do apply to many more schools.

“When you're just navigating websites or virtual tours, you certainly have a much harder time figuring out that best fit for you," Prange said.

Most colleges and universities dropped their requirements for standardized tests, which were largely canceled in 2020. Prange said even with fewer activities and extracurriculars over the last year, eliminating the test score threshold gave students confidence in the strength of their overall applications.

“It was a sense of increased hope that, ‘Wow, maybe I have a shot at these more competitive schools because I have great grades. I've worked really hard,'” she said, “they felt that sense of ‘I'm going to give this a shot.'”

Without being able to visit campuses in person, Prange said many students also applied to schools just in case they’d be interested in visiting and later attending.

“We saw a very large number of applications per student simply to throw a wider net and hope that at some point during the school year they would be able to get on campus,” she said. “And then that just kept being delayed further and further. So it made it very tricky, but definitely we saw a lot more applications submitted.”

More applications coming in, but the same number of spots, in most cases. That’s meant more students are getting rejection letters, especially at elite colleges and universities where acceptance rates have plummeted.

“The number of applicants that they are admitting is still the same. But the impact then is that way more students are denied,” said Prange, who calls it “deflating” for many of her students.

With increased costs during the pandemic and an unprecedented drop in enrollment in fall 2020, schools are motivated to fill all of their open spots and to collect the tuition money that comes with that. Increasingly, students are being deferred to a waitlist. According to a recent survey by a college admissions consulting group, 20% of college-bound students are on a waitlist for at least one school.

“It’s not a denial. It's not an acceptance. It's a 'Well, we'll just wait and see if a spot is actually open,'” said Prange.

That's why instead of the traditional May 1 commitment deadline, many students won't know where they're headed until June or July.

"And that is is very challenging for students."

Gap years between high school and college are becoming more common, and Prange expects many more students to choose that this year.

“Whether it's simply from the fact of, they need to do more research. I need to actually visit these schools and have a chance to figure out what is the best fit for me,” she said, “or simply they're so burnt out right now with all of the changes and things that have happened. And just feel like they need to hit a pause button.”

Prange suggests parents and students with some years of high school ahead — especially rising seniors — follow the social media accounts of any school where the student might be interested in attending. It's a good way, she says, to stay up to date on what's happening on campus as well as admissions and testing requirements, which might not be the same for the class of 2022.

“We can no longer make assumptions about how things are or how things will be," she said. "Things changed so rapidly in the world of college admissions that even if families have a senior this year and they're going to have a rising senior next year, things could look very differently."