VERIFY: What to take from study about COVID-19 cognitive effects

A study gained attention after researchers found that COVID-19 could age people's brains by 10 years. But the authors urge more research is needed. 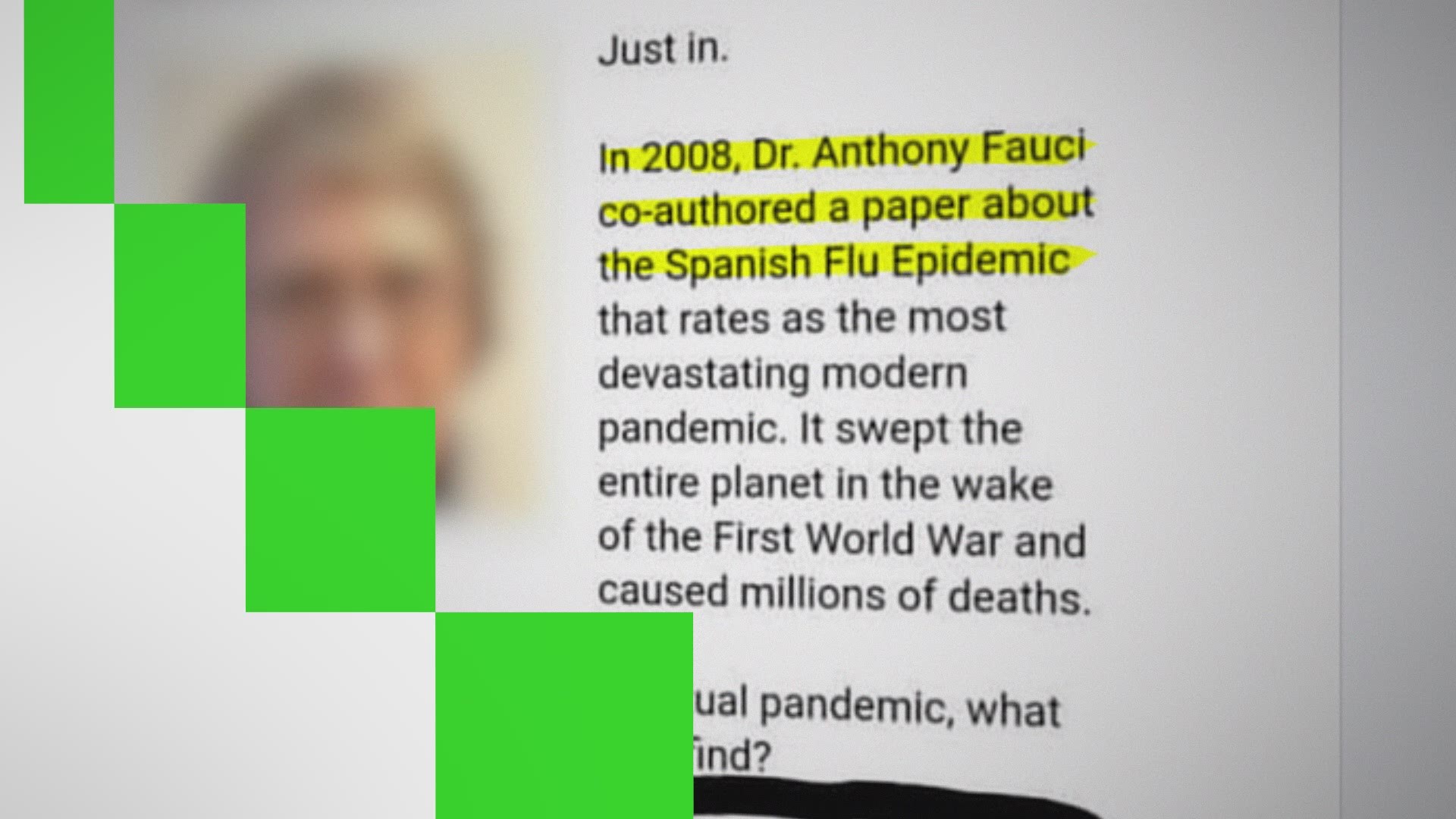 A new study about the effects of COVID-19 has gained attention this week. This one is about the long-lasting cognitive impacts of the disease.

Headlines about the study highlight worrisome findings: some patients' brains may age 10 years. And these effects supposedly last beyond the patient's recovery.

But is there more to the study than what's being shared?

The study in full can be found online. One of the first things you should notice when looking at it is a disclaimer at the top: "This article is a preprint and has not been peer-reviewed. It reports new medical research that has yet to be evaluated and so should not be used to guide clinical practice."

This means the study's text has been released early before it has gone through the peer review process. That's when other scientists in the field go over the study to ensure the research is sufficiently rigorous and without significant flaws.

Just because it hasn't been peer-reviewed yet doesn't mean it won't be peer-reviewed ever. It also doesn't mean the study lacks credibility. It's just important to keep in mind whenever you read a preprint study that other scientists haven't given a checkmark yet.

The researchers collected their data by promoting the study as a "free way for people to test themselves in order to find out what their greatest personal cognitive strengths were." The researchers did not market the study as specifically a COVID-19 study. Therefore the respondents wouldn't overwhelmingly be people who already suspected COVID-19 had affected their cognitive abilities.

More than 84,000 people, mostly in the UK, participated. Of those 84,000 people, more than 9,000 reported COVID-19 illness with no respiratory symptoms. Almost 3,500 had respiratory symptoms but received no medical assistance, 176 respondents received medical assistance at home, 147 were hospitalized without a ventilator and 60 had gone on a ventilator due to COVID-19. All other respondents did not report previous COVID-19 illness.

They found, "individuals who recovered from suspected or confirmed COVID-19 perform worse on cognitive tests in multiple domains than would be expected given their detailed age and demographic profiles. This deficit scales with symptom severity and is evident amongst those without hospital treatment."

Essentially, people who had recovered from COVID-19 performed worse on cognitive tests than they should have given what's expected for their age, demographic group, and other conditions. They found those with severe symptoms that required hospital stays performed even further below expectations, but those with just mild symptoms also underperformed.

They also noted, "previous studies in hospitalised patients with respiratory disease not only demonstrate cognitive deficits, but suggest these remain for some at a 5 year follow-up."

The specific study they referenced was a December 2019 study that looked into cognitive decline in patients who suffered from acute respiratory distress syndrome. So there is precedent for a respiratory illness affecting patients' brains.

The COVID-19 study added in this section, "one possibility is that these deficits in milder cases may reflect the lower grade consequences of less severe hypoxia." Hypoxia, also called hypoxemia, is when there is a below-normal level of oxygen in your blood. Less oxygen in your blood also means less oxygen to your brain, which could lead to cognitive problems.

But this study isn't meant to be the end-all, be-all of research into how COVID-19 could affect the brain long-term. It's supposed to be a catalyst to further research.

"These results should act as a clarion call for more detailed research investigating the basis of cognitive deficits in people who have survived SARS-COV-2 infection," the study reads.

Further research will be necessary to confirm this study's results and investigate the extent of the cognitive effects.