There's a reason Missouri's COVID-19 positivity rate has been so high, and it's not necessarily more cases

Data for the State of Missouri, shows when testing is up, the postivity rate dips. When testing goes down, the percentage of positive tests ticks back up 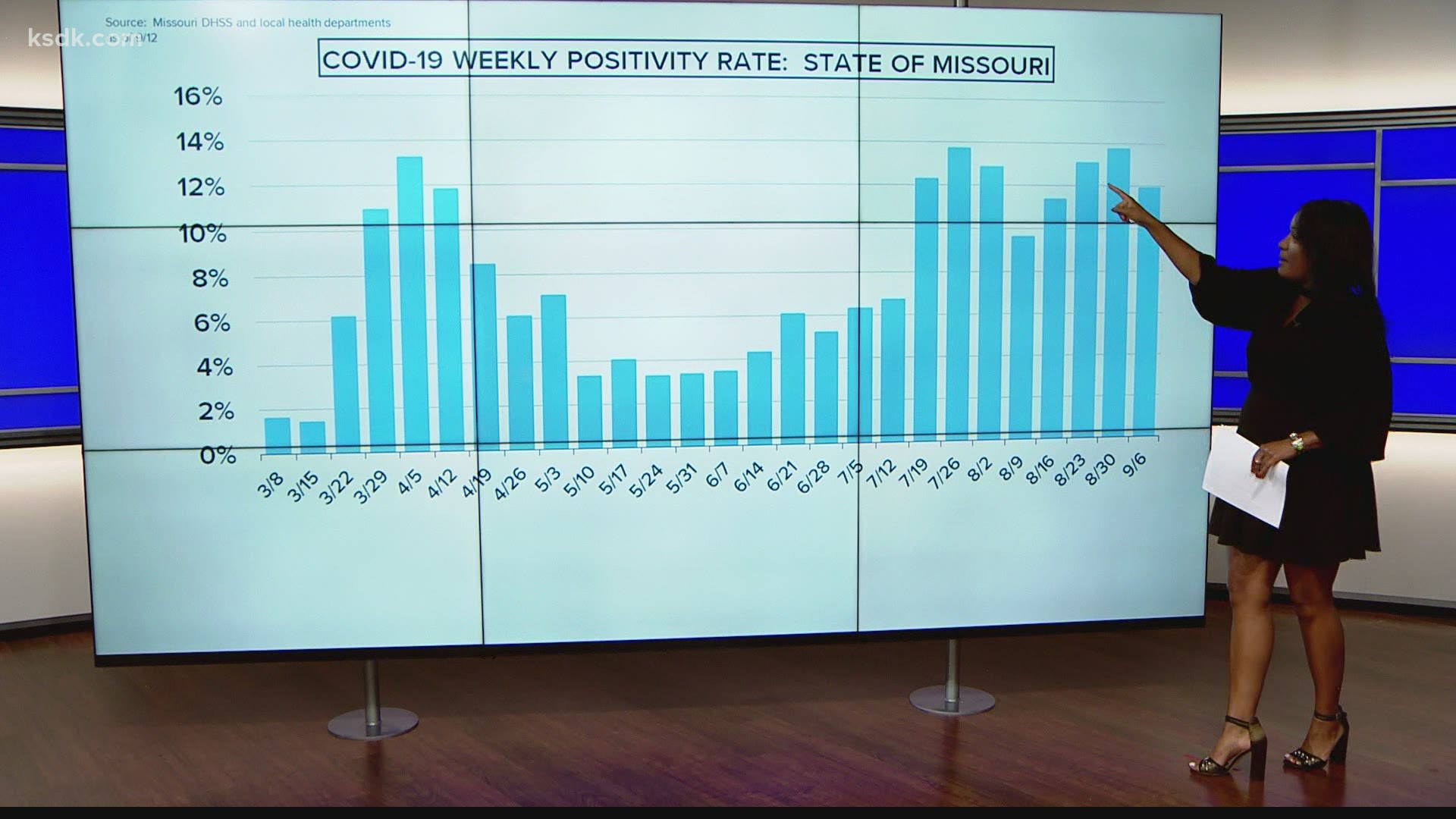 The week of Aug. 16, the number of Missourians who got tested dropped by almost 13,000.

States are using it to determine which travelers have to spend two weeks in quarantine upon arrival.

State and local governments are using it as a factor when determining where and when to lift or tighten restrictions.

Positivity rate was one of the factors St. Louis County Executive Sam Page used when restricting youth sports, which has since sparked outrage and multiple protests from players who want to play and their parents.

But, at this point in the pandemic, how reliable is positivity rate?

There is a negative relationship between positivity rate and rates of testing.

Data for the State of Missouri, shows when testing is up, the postivity rate dips. When testing goes down, the percentage of positive tests ticks back up.

Dr. Alex Garza, who leads the St. Louis Metropolitan Pandemic Task Force said that testing capacity in the St. Louis area is doing well. He said local facilities have the equipment and personnel to meet testing needs, so fluctuation in testing comes from somewhere else.

"What we've seen is a lower demand for testing," Garza said. "So, not as many people are signing up to go get tested. Really, the best way to do testing is if you can tested the entire population, but of course we can't do that so we have to take it with a little bit of a grain of salt."

Because the rate of postivity heavily depends on people, most people who feel sick or know they've been exposed, getting tested, the task force places more emphasis on hospitalization data.

"It is a good indicator of what's happening in the community," Garza said. "It's not depending on how many tests are being done. It's dependent on who is most affected."

Hospitalizations in the St. Louis are are down.

However, even when considering the positivity rate, it's important that the rate in St. Louis County is 5.8% which is less than half of the state's rate and lower than 6.62% positivity rate in St Charles County where high school athletes are allowed to play.

Dr. Garza said, while data has been a factor in decisions made, there has also been a lot of discussion about what activities are considered high-risk, including youth sports. While he said his team measures different factors than some of which have been used to make different rules and regulations, he said decision-making during the pandemic has been complicated and far from black and white.

"This is brand new," Garza said. "We're learning. The more we learn, the better that we can make recommendations." 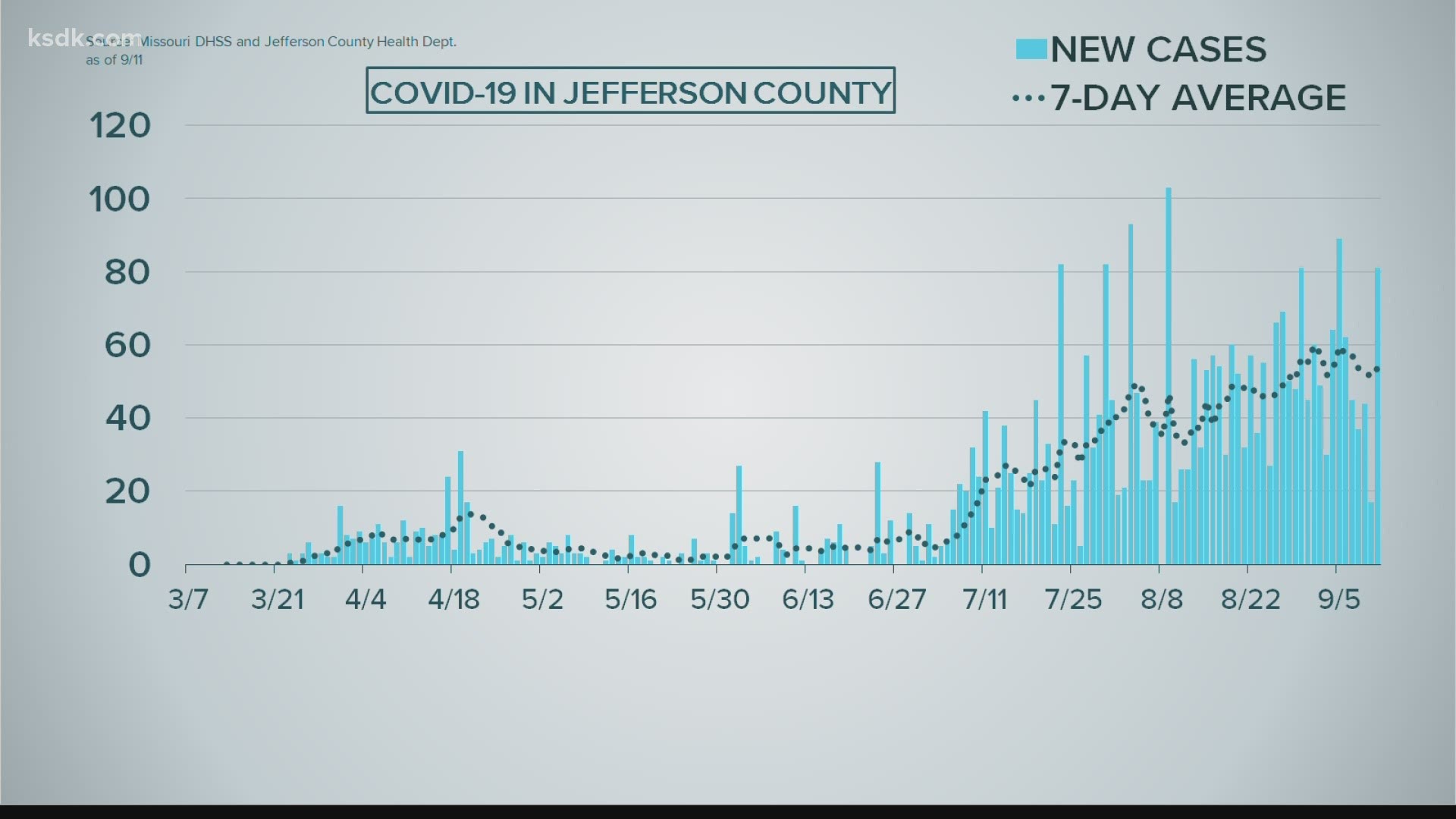