Despite the decreasing number of COVID-19 hospitalizations, ICU and hospital capacity remain low. Staffed hospital beds are 85% filled and ICU beds are 86% filled. 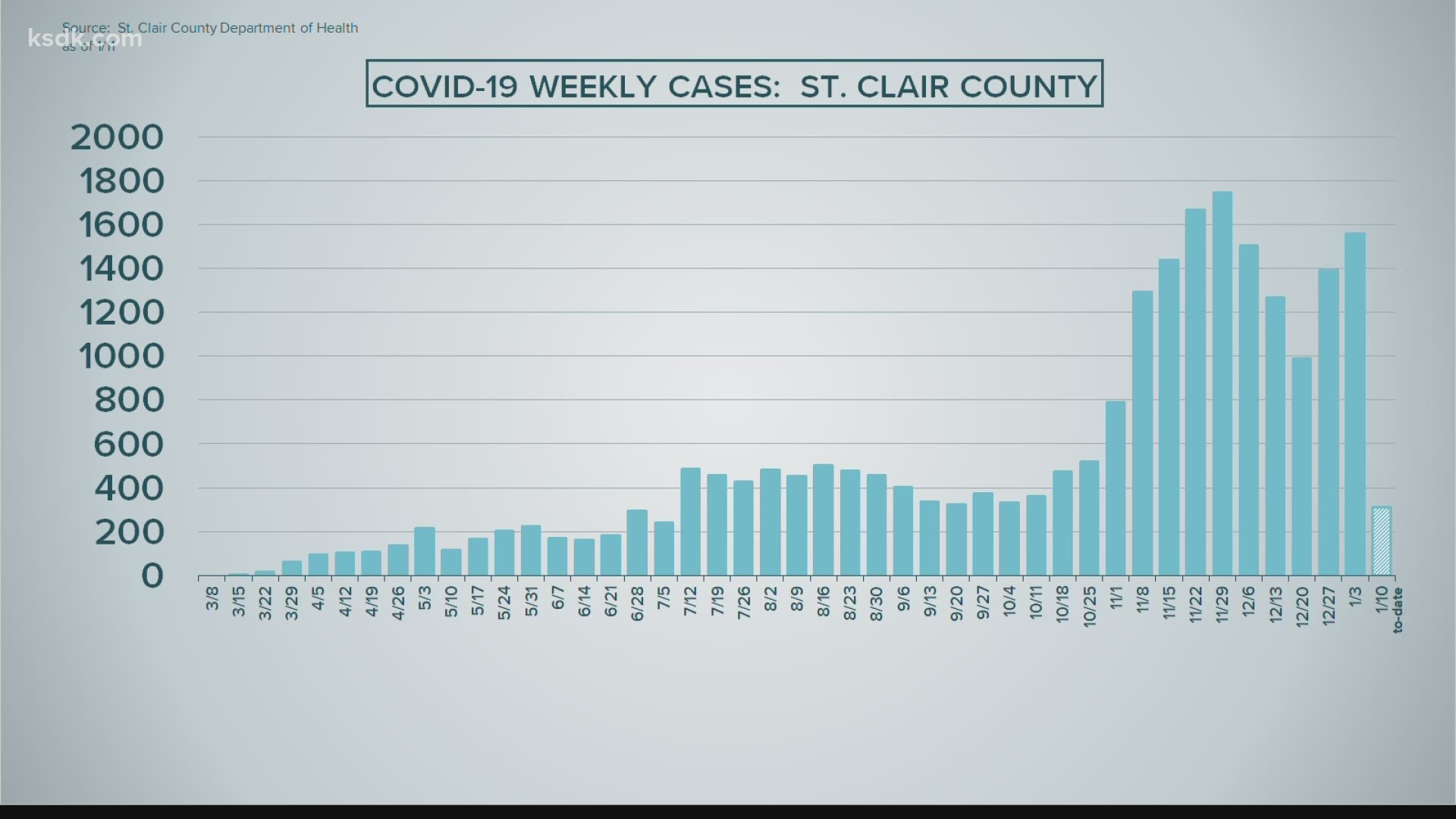 On Tuesday, the seven-day average for hospitalizations in the area was 767, the lowest in the region since Nov. 18.

Despite the decreasing number of COVID-19 hospitalizations, ICU and hospital capacity remain low. Staffed hospital beds are 85% filled and ICU beds are 86% filled.

The following data are the combined figures from the four major health systems (BJC HealthCare, Mercy, SSM Health, St. Luke’s Hospital) that are part of the task force, for Jan. 12.

Of the deaths reported Tuesday, 176 deaths happened outside of the last 24 hours. They include:

According to the department's dashboard, the state's positivity rate reported Tuesday was 17.6, down from 18.1 yesterday. It is the lowest positivity rate since Dec. 27.

The seven-day positivity rate in the Metro East was below the 12% threshold for the second day in a row Tuesday. That is one of the requirements to loosen restrictions put in place to limit the spread of the coronavirus, but hospital data has not improved as consistently.

On Tuesday, the state's regional dashboard reported a seven-day positivity rate of 11.5%, the second day in a row of positivity below 12%. Friday is the first day that regions can begin moving to less restrictive tier.

Despite the positivity rate improving in the region, the Metro East needs to improve the other metrics being tracked by the health department.