Does wearing a face mask actually make you hotter?

As mask mandates are set to go into effect, St. Louis area residents brace for a stretch of weather in the 90s 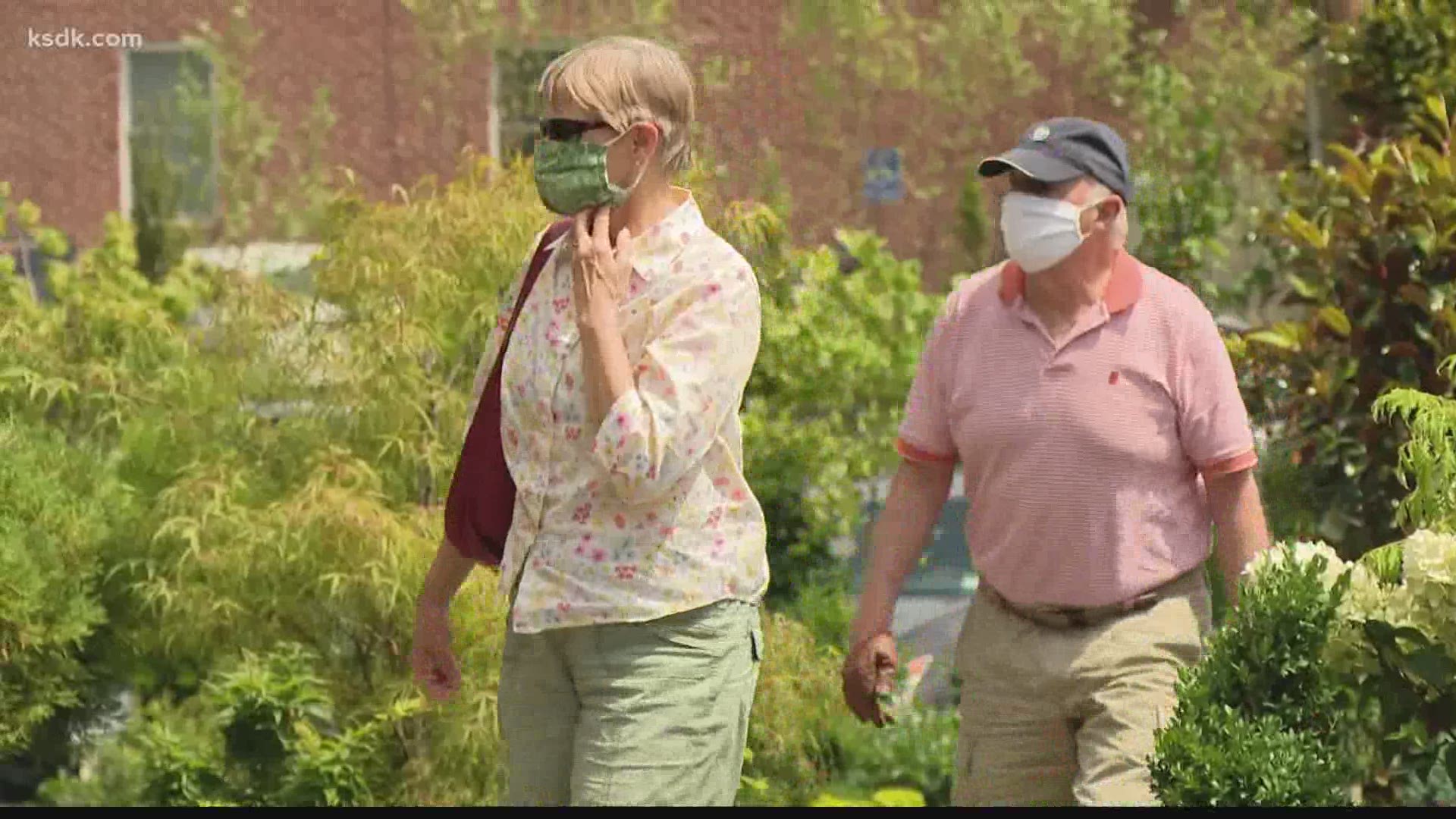 ELLISVILLE, Mo. — Brian Hannah and his daughter, Jillian, were enjoying The Edge pool in Ellisville on Sunday, one day before a mask mandate for St. Louis County goes into effect.

"For some people it may be harder to breathe," Jillian said, "but it's definitely hotter with it on."

It certainly feels like masks make you feel hotter, but is there any science behind the claim?

"It's a good question," said Dr. Fred Buckhold, a hospitalist at SSM Health Saint Louis University Hospital. "I don't ... know of a study. That's not to say that there isn't something out there, but it is so hard to test."

The Muny, which holds its shows outdoors in Forest Park, is "strongly encouraging" masks to their shows, an idea Dr. Buckhold says is a good idea.

"I think if you're interacting with a lot of people frequently that it's probably wise to wear a mask."