The St. Louis Community Foundation and Gladitood, have enlisted local celebrities to be featured in a fundraising video 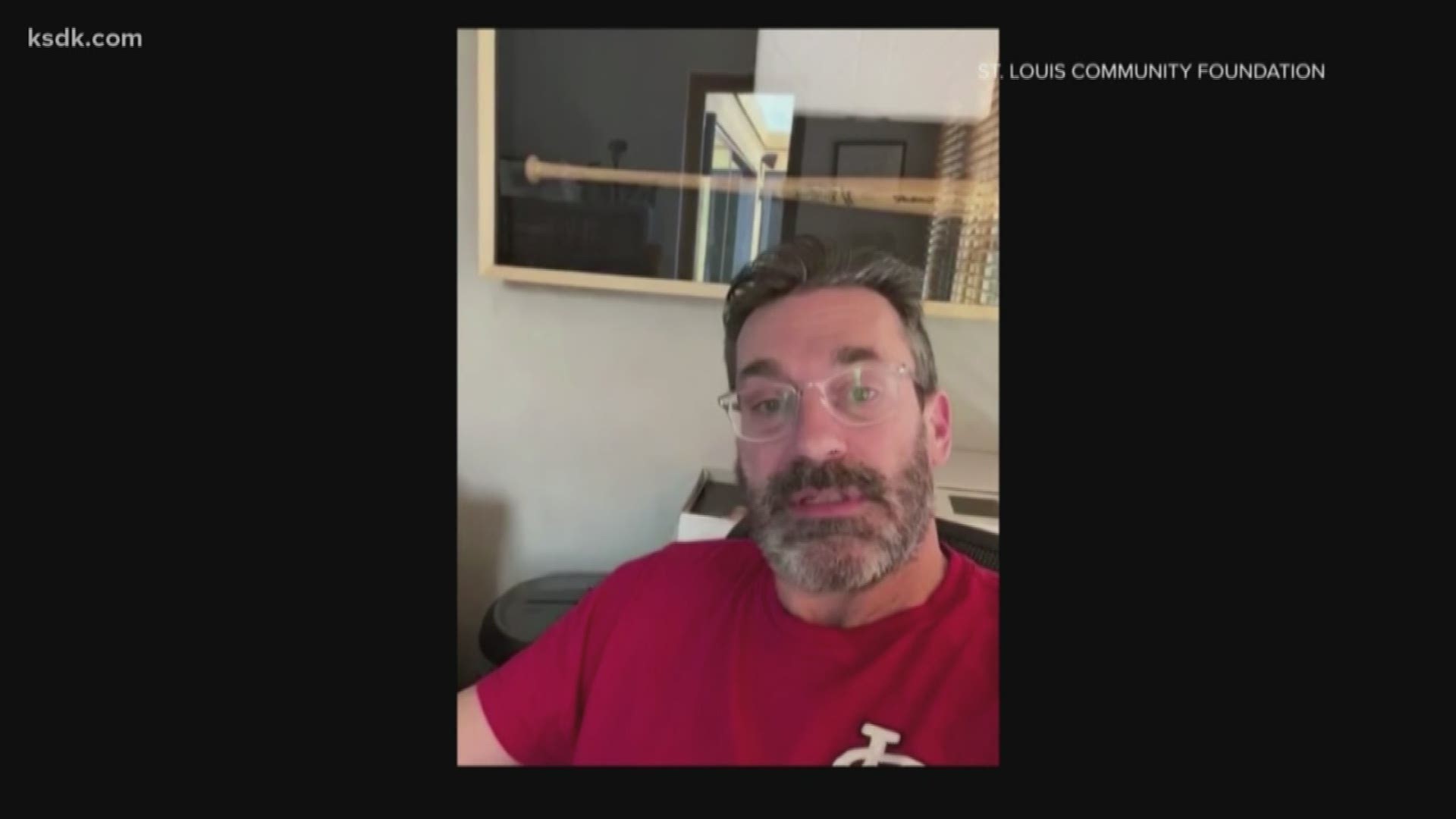 ST. LOUIS — St. Louis area celebrities are teaming up to help with funds for the COVID-19 Regional Response Fund.

The St. Louis Community Foundation, which is St. Louis’ largest local charitable foundation and Gladitood, have enlisted local celebrities including Jon Hamm and Joe Buck to be featured in a fundraising video.

According to a press release, as of April 6, more than $3.4 million has been raised by two funds at the St. Louis Community Foundation that provide COVID-19 relief.

Of the $3.4 million, $1.61 million has been granted and the additional $1.84 will be distributed going forward.

One of the funds is the COVID-19 Regional Response Fund, which was created by a group of foundations, businesses and individual donors brought together by the St. Louis Community Foundation.

The second fund is the Gateway Reslience Fund, which is funded by individual donors and entities like the Downtown Community Improvement District, which is intended to aid individuals and owners of independent bars, restaurants, shops and other small businesses in the St. Louis area.

“It’s tremendous to see people tapping their networks and reaching out to the business and nonprofit communities to support these funds,” said Amelia Bond, President and CEO of the St. Louis Community Foundation.

“Online fundraising is the perfect vehicle for St. Louis citizens to do what we do best - reach out and lend each other a hand in this challenging environment.” Ryan Brennell, CEO of Gladitood said.