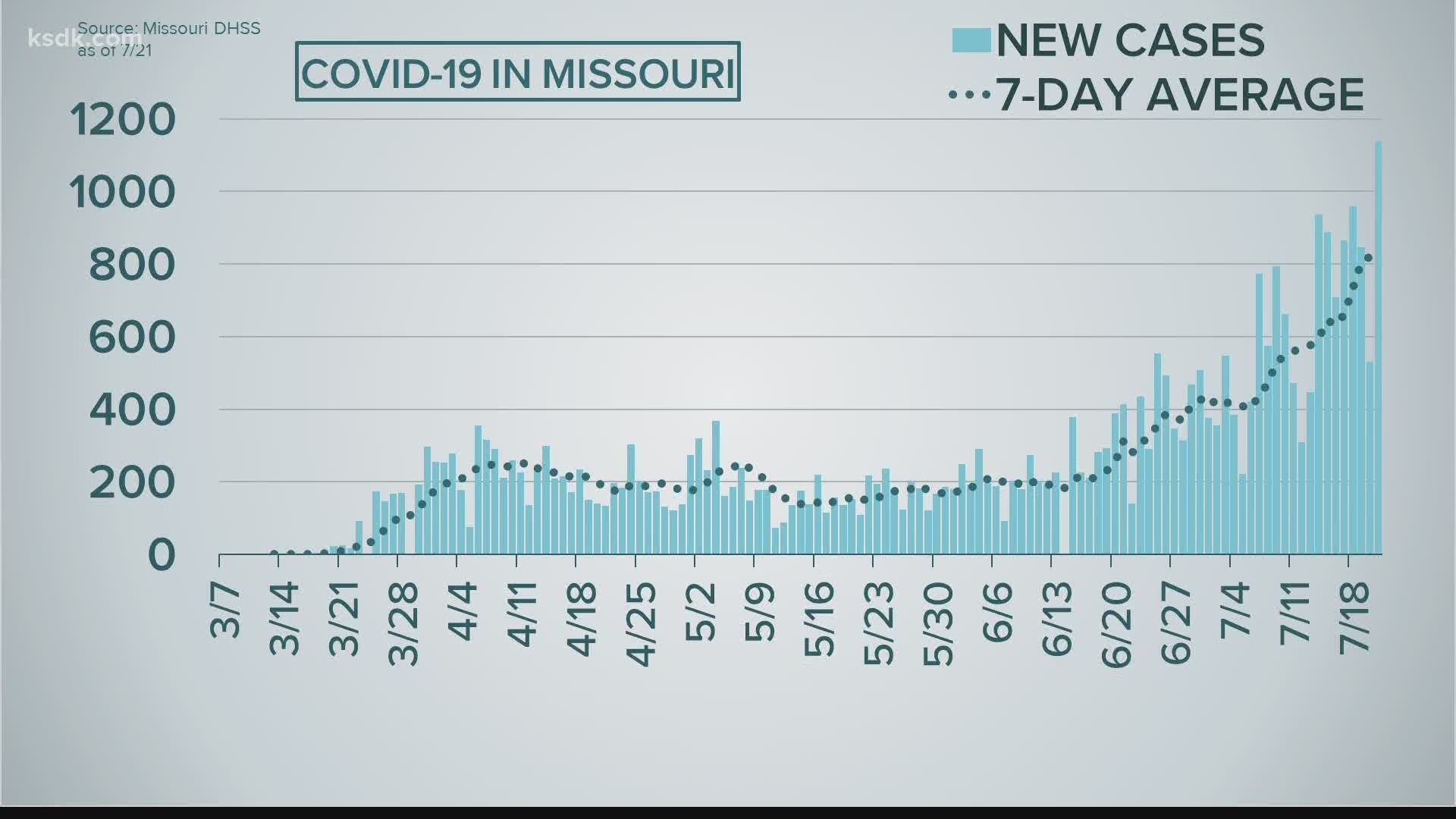 According to the DHSS, the state now has 34,762 COVID-19 cases. The state also reported a total of 1,143 deaths in the state, an increase of 11 from the number reported Monday.

The health department reported 8,408 new polymerase chain reaction, or PCR, tests in the last 24 hours, bringing the state's total to 580,320. PCR tests are the swab tests that look for active infection in people.

As a result of the record increase in cases, the state's positivity rate increased from 5.88% on Monday to 5.99% on Tuesday.

The record increase Monday came after a slightly lower increase Monday, but the increases on both Monday and Tuesday were more than 18% higher than the single-day increases from a week earlier.

The county reported no new deaths.

Many of the single-day numbers tracked by the St. Louis Metropolitan Pandemic Task Force decreased Tuesday, but the seven-day moving averages continued to increase.

*These numbers have been updated to reflect the true number of daily admissions. There was a delay in reporting some test results leading to the increase in reported hospital admissions. This, in turn, affected the seven-day moving average of admissions.

"This sobering milestone for the St. Louis area means the virus that causes COVID-19 is spreading at a rapid rate throughout our community. Not only are more people catching the virus and spreading it to others, but they’re now impacting the vulnerable in the community, meaning more medical intervention is needed," a press release from the task force said Tuesday.

“We don’t want to get back to where we were in April when we were concerned about the availability of hospital beds and ventilators,” Dt. Alex Garza, Incident Commander for the St. Louis Metropolitan Pandemic Task Force said in the press release.

RELATED: ‘It can’t just be on the doorstep of the schools’ | Task force says slowing spread of COVID-19 is vital to opening schools safely

Statewide hospitalization data in Missouri has not been updated since July 15. A note from the Missouri DHSS said the delay is due to a change in the way hospital data is reported nationwide.