St. Louis County said it now has five cases, and the City of St. Louis has two confirmed cases. The totals in other counties have not been updated by the state. 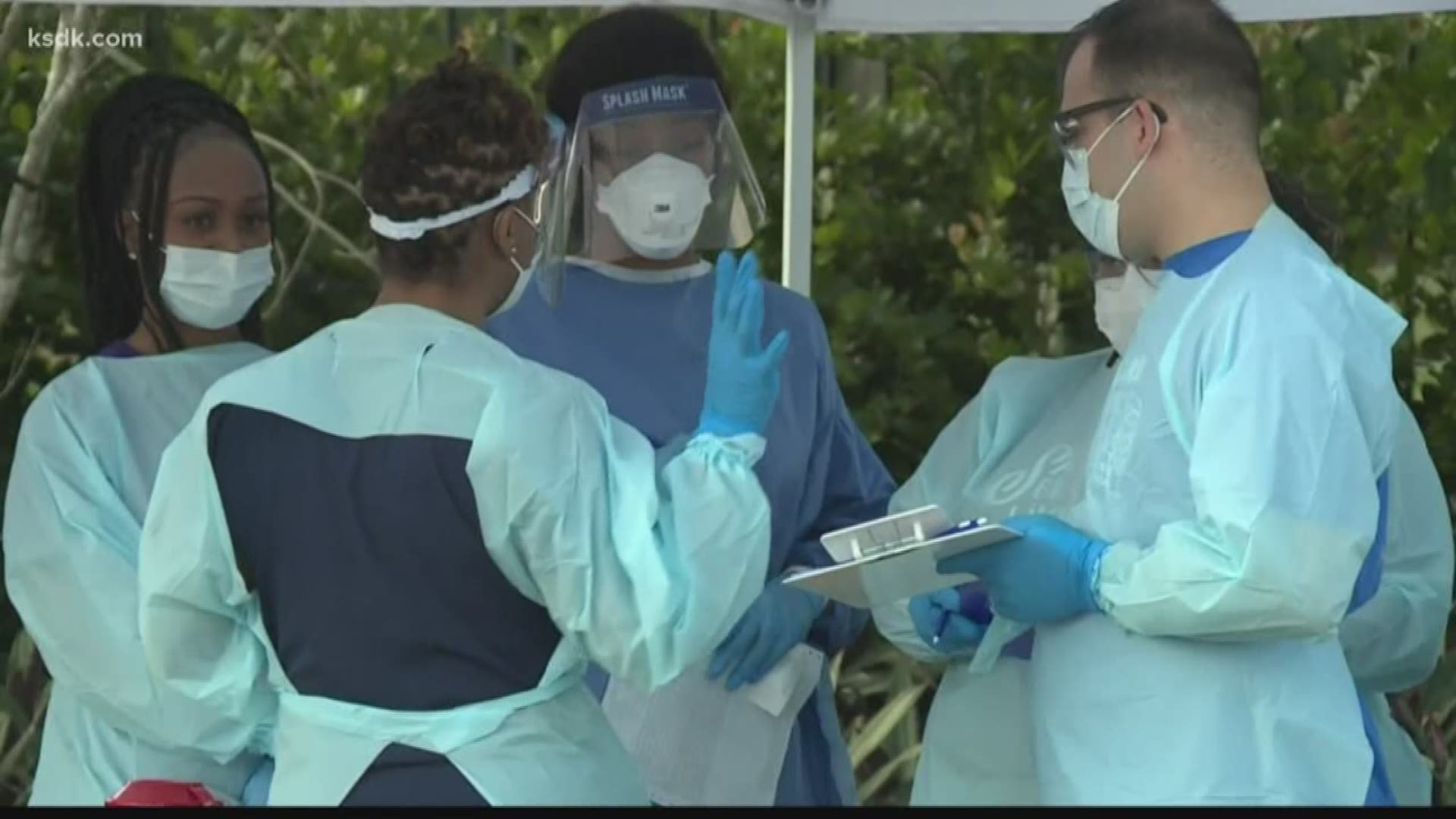 Missouri Governor Mike Parson announced the increase at a 3 p.m. news conference Thursday. He said he expects the number of cases to continue to increase as the state's testing capabilities ramp up. He also "strongly" suggested people avoid groups of more than 10 people throughout the state.

RELATED: Boone County resident is first person in Missouri to die from coronavirus

Health officials said the six first responders who were called to the death are being quarantined.

On Wednesday, St. Louis County said it had five cases, and the City of St. Louis had two confirmed cases.

The Missouri state health lab has the capability to process 160 tests each day, but the lab is only processing 60 to 70 tests per day, Randall W. Williams, director of the Missouri Department of Health and Senior Services, said Wednesday night.

Williams said the state will stop providing the total number of tests run per day at some point in the near future because the number of tests processed by independent labs continues to grow.

On Wednesday, Williams said the numbers on the Department of Health and Senior Services will be updated twice a day, at 8 a.m. and 8 p.m. The numbers were not updated Thursday morning, and the Wednesday evening update did not change the number of cases reported in each county.

On Thursday, Parson announced that the state contracted Quest Diagnostics to help with testing, but did not go into detail on what the contract work was.

On Wednesday, Parson said the state is responding to hospitals' requests for additional personal protective equipment and planned to begin shipments Thursday. The state's public safety director said they received a shipment of multiple pallets of personal protective equipment Thursday afternoon and are working on sending that equipment to the hospitals and EMS providers that requested it. Police and fire departments should get the equipment next week when more becomes available.

The state's national guard is on standby and ready to respond if the governor decides to activate them.

Parson also signed an executive order Wednesday that lifts regulations on certain industries, so hospitals, shipping companies and education providers can be more nimble in reacting to daily changes that come along with the coronavirus pandemic.

"This coronavirus is statewide every day, so things have to be looked at every day, you have to understand that things change daily through the governor's office, through the decisions we make, so I don't know that anything is hard and concrete, of the decisions we make," Parson said. "Tomorrow we may very well make different decisions, but we will try to have a plan in place to figure out how we're going to do this social distancing because I think that is the key."

For business owners in the state, Gov. Parson said the state will activate the disaster loans program across the state in the near future. The Missouri director of economic development said that will allow small businesses to apply for federal disaster small business loans.

On Thursday, the head of the Missouri Department of Labor said they have online services for both employees and employers that have been hit hard by the restrictions put in place due to the coronavirus. For employers, the state's "Shared Work" program provides assistance to businesses and their employees.

For employees now out of work, the state's unemployment website provides resources and guides on how to file a claim, and claims can be filed at any time.

Parson also said he has been in contact with the utility companies across the state, and all the companies have agreed to halt disconnects of any service at this time. 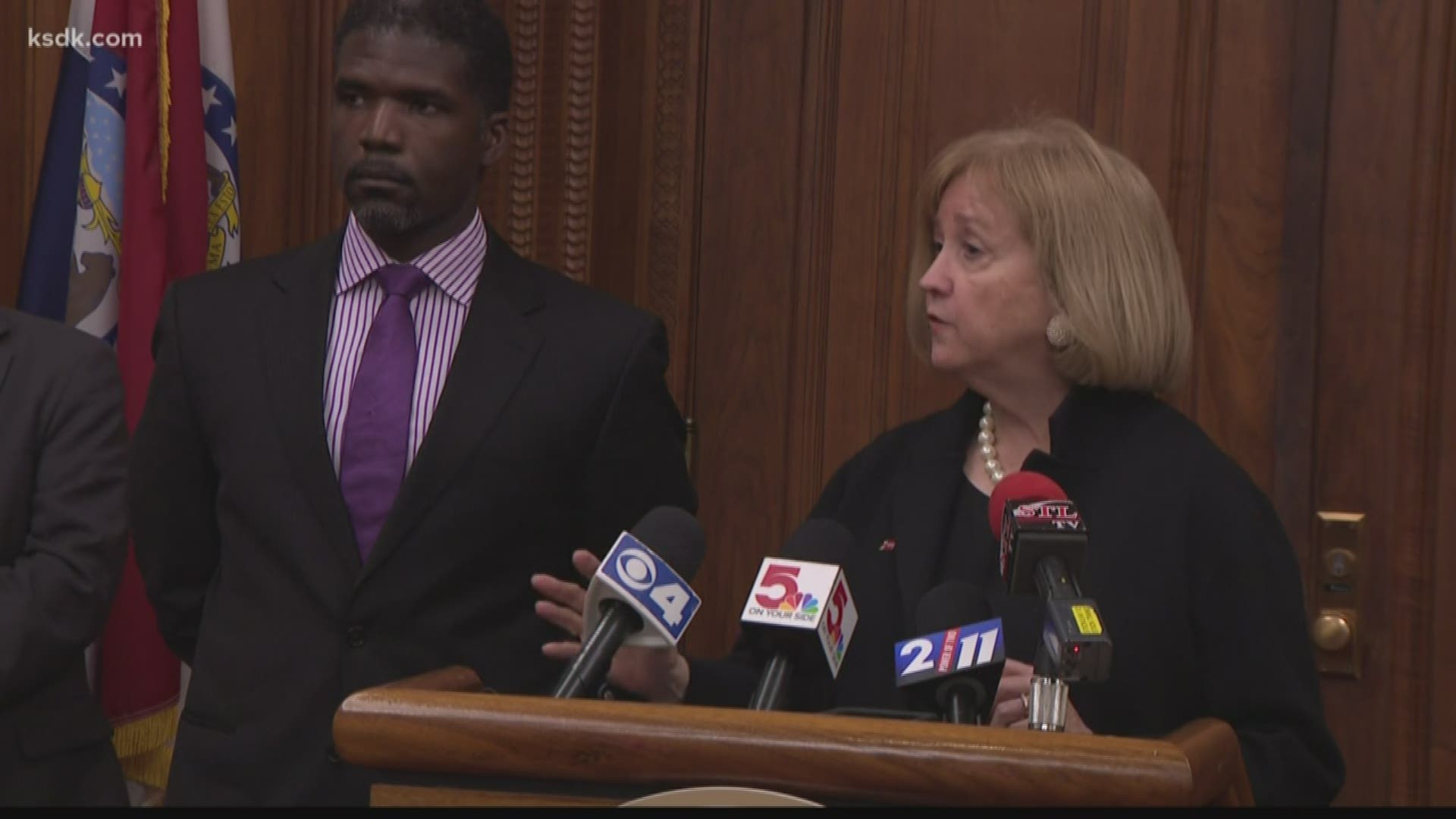 RELATED: Gatherings of 10 people or more banned in St. Louis city and county