What's unclear is why, and how this will impact distribution 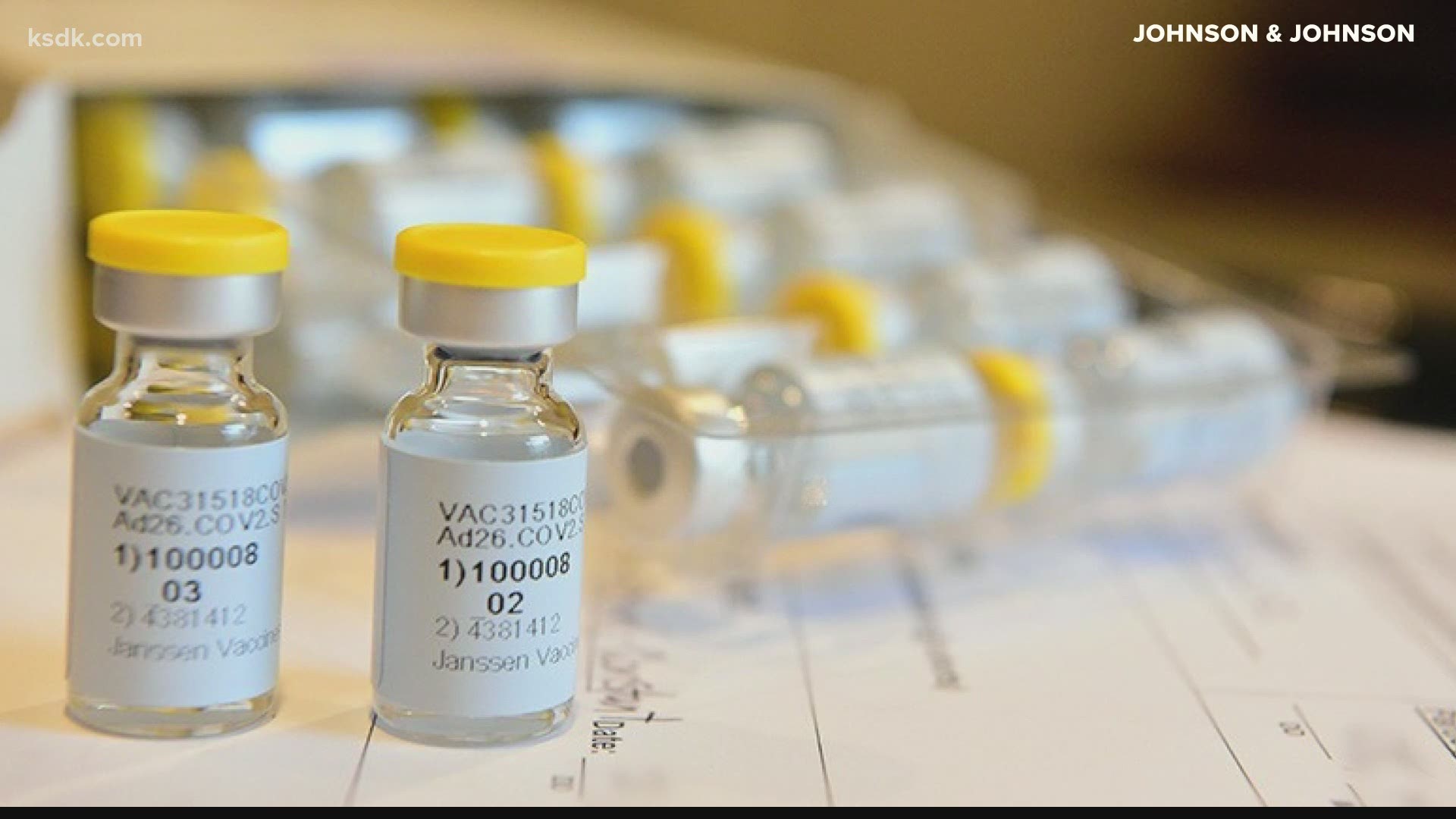 ST. LOUIS — Vaccine vials may have surpassed holiday gifts as the most anticipated shipments of the season. As top health officials deliver tracking updates, though—the news isn’t what many had expected.

"We're going to be receiving a little bit less of our second dose of the Pfizer vaccine,” said Dr. Randall Williams, director of Missouri’s Department of Health and Senior Services—30% less, he added.

To find out why, Dr. Williams said he’s been in touch with the White House. Several other states around the country, including Illinois, are facing similar situations: they’ve been informed their next shipments of the vaccine will be smaller than they had planned.

Missouri's distribution plan had included a goal of getting all frontline healthcare workers their first doses of the shot by early January.

"We are working with our federal partners to better understand the adjustments and to adapt our planning to changes," said a DHSS spokesperson via email. "This is all very fluid, as Dr. Williams and the Governor have said, and we will continue to be flexible moving forward."

Dr. Williams has also said the next phase of Missourians to become eligible for the vaccine--which includes 3 million people who are at high-risk or essential workers--should be able to get their first doses by the beginning of February. Asked how that timeline stands, the DHSS spokesperson declined to be as specific.

"We have seen how numbers can change, so it would be pure speculation to list out an exact timeline for different phases to begin. Vaccine supply dictates when the state can activate other phases, and the federal government dictates the state’s supply."

"After the first week of executing Missouri’s vaccine plan, all has gone well. Missouri obtained the amount of doses from Pfizer as expected," said a spokesperson, also via email. "We are working with our federal partners to better understand the adjustments and to adapt our planning to changes."

Dr. Alex Garza, head of the St. Louis Metropolitan Pandemic Task Force, says changes in the plan should be expected. However, as of Friday afternoon, it was unclear what changes, if any, could be expected in next week's shipments.

"From what we do know, we are expecting to see the shipment that we ordered, we have not heard anything different from the state,” he said.

The reason for potential shortages is unclear.

However, the confusion is also based in an Operation Warp Speed Briefing in which Health and Human Services Secretary Alex Azar said that Pfizer was contending with some production challenges, according to NBC News.

However, the manufacturer is telling a different story. Pfizer executives released a statement saying, in part that they are “not having any production issues with our COVID-19 vaccine, and no shipments containing the vaccine are on hold or delayed.” The statement went on to say: “We have millions more doses sitting in our warehouse but, as of now, we have not received any shipment instructions for additional doses."

Adding to the confusion the denial from Federal Officials that they are cutting back on shot distribution at all.

“Reports that jurisdictions’ allocations are being reduced are incorrect,” an HHS spokesperson said in a statement. “As was done with the initial shipments of Pfizer vaccine, jurisdictions will receive vaccine at different sites over several days.”

This, the spokesperson said, “eases the burden on the jurisdictions and spreads the workload across multiple days.”

The impact of the confusion on the distribution plan locally will be revealed when the next batch of shots is delivered, said Dr. Garza.

"We won't know that until it arrives."