Since the start of the pandemic, Black communities were hit hardest. With low vaccination rates, they are making up most of the recent cases in St. Louis 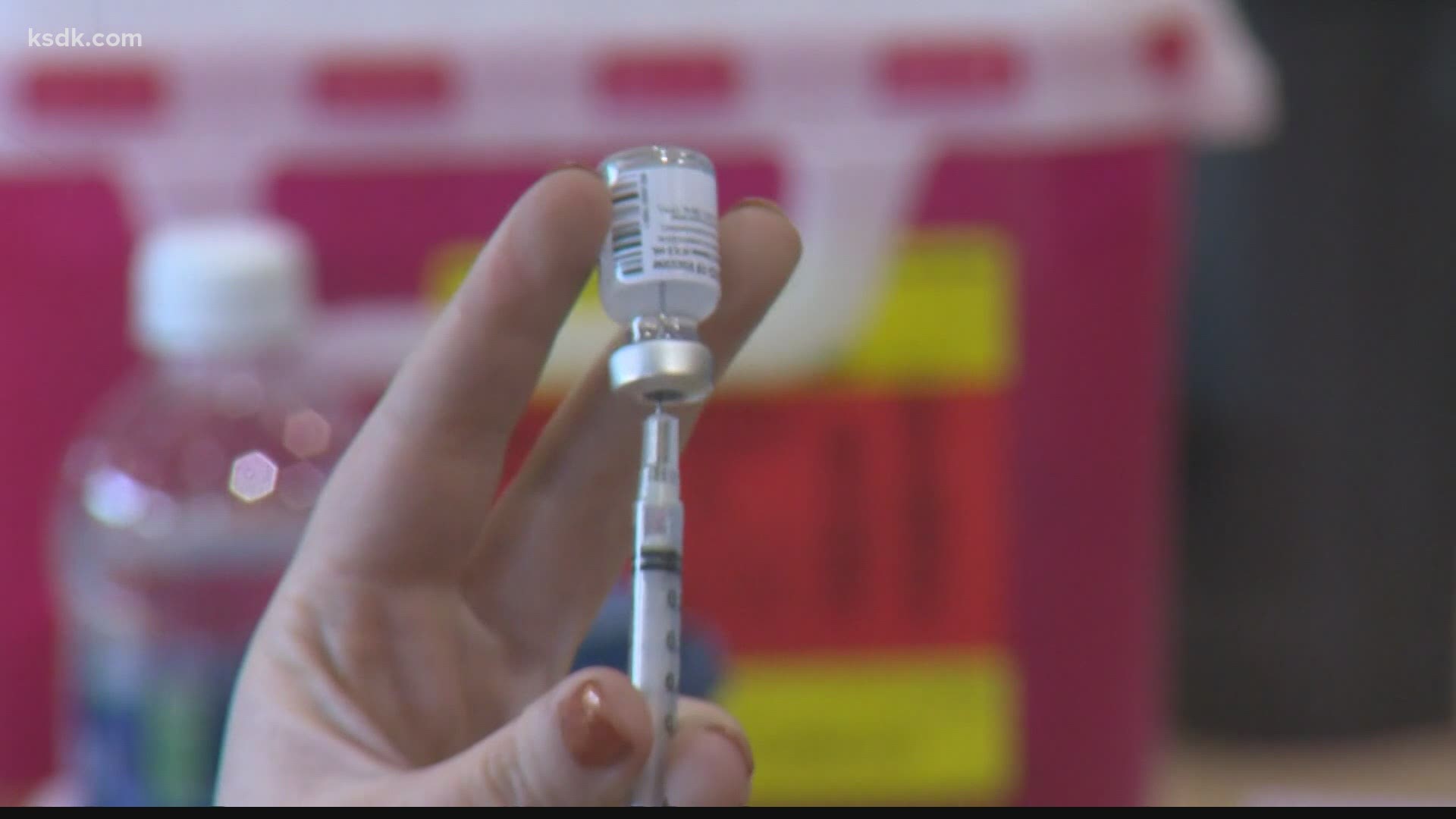 ST. LOUIS — The Urban League of Metropolitan St. Louis is joining forces to go head to head against the delta variant.

It's teaming up with the National Urban League, 90 Urban League affiliates around the country, the National Action Network, and the US Centers for Disease Control and Prevention for a campaign called 'All !N"

It's aiming to tackle vaccine hesitancy through social media efforts, PSAs, and outreach events. Its goal is to bring forth accurate information, so they can make an informed decision.

The Urban League also met with clergy members Tuesday to get churches on board. It will give them tool kits on how to talk to community members about the vaccine and provide education.

But it's also honing in one specific group.

"Our target audience is African Americans, age 16 to 55, who have limited access to high-quality healthcare," Pat Washington, Urban League's VP of Communications, said.

"African Americans accounted for 80% of the cases in St. Louis of May and June," Dr. Frederick Echols, head of the St. Louis City Health Department, said.

"Those same zip codes have the lowest vaccine uptick and hit the hardest of the pandemic," Dr. Echols said.

Beyond COVID-19, time is what we're up against.

"We know the Delta variant is here now," Dr. Alex Garza, the head of the St. Louis Pandemic Task Force, said. "You don’t have a lot of time to start acting on this. It takes time to build immunity. We need to be taking aggressive steps to get people vaccinated."

Dr. Garza gives the reminder, it can take up to five weeks to be fully vaccinated.

That's why the Urban League hopes to empower people right now, arming them with accurate information. In order to avoid a chaotic situation, like the one in Springfield.

Dr. Aamina Ahktar is the Chief Medical Officer at Mercy Hospital South, but has input of what's going on in Springfield and Joplin. She explained that the Mercy Hospitals at those two areas are inundated with COVID cases.

"In St. Louis, we really need to pay attention and learn from what's going on southwest Missouri right now. The combination with Delta variant being in a low immunized patient population has led to this outbreak," Dr. Ahktar said.

At one point, Mercy Springfield ran out of ventilators.

As of Tuesday, it had 122 COVID patients, 119 of whom are unvaccinated.

"They are seeing numbers quicker and faster than we had during the last wave of our pandemic," Dr. Ahktar said.

Time will tell of what's to come in St. Louis, but the push is to get the ball rolling now, so St. Louis hospital systems aren't stuck in a similar scenario.

"The best tool that we have to prevent this illness is to get vaccinated," Dr. Ahktar said.

Urban League's campaign is being launched in cities across the country and will run through the end of 2021.