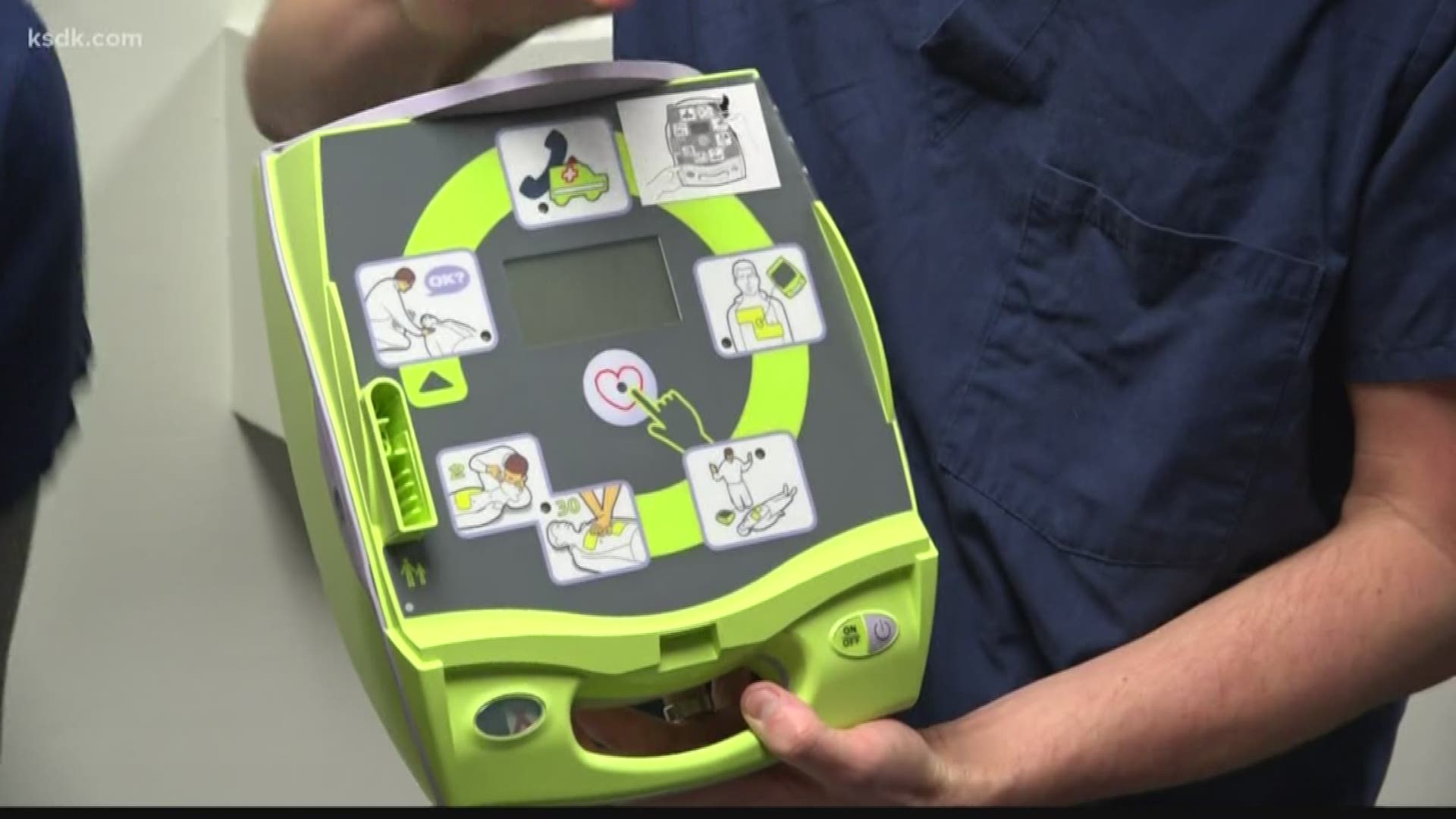 ST. LOUIS — St. Louisans definitely ‘heart’ the St. Louis Blues, but now there is another way to show support for the team, especially following what happened to Jay Bouwmeester Tuesday night.

Bouwmeester collapsed on the Blues bench following a first-period shift in the team's game against the Ducks. The Blues said he suffered a “cardiac episode,” but that he’s now doing well in an Anaheim-area hospital.

During the team's press conference Wednesday, Blues General Manager Doug Armstrong said Bouwmeester was revived by medical trainers and physicians using an automated external defibrillator. He was conscious and alert when he was loaded into an ambulance and transported to a nearby hospital for treatment.

This month, the St. Louis Blues happen to be raising money to buy AEDs to place them in more community organizations. The Blues have teamed up with Barnes-Jewish Hospital to sell shirts with ‘I (heart) St. Louis Blues’ on the front. The heart is in the shape of an actual heart.

The fundraiser is taking place throughout February, which is recognized as American Heart Month. AEDs are used to help those experiencing sudden cardiac arrest and can help bring someone's heartbeat back to a normal rhythm.

The shirts can be purchased at the STL Authentics Team Store at Enterprise Center. The store is open from 10 a.m. to 5 p.m., Monday through Saturday.

The latest on Jay Bouwmeester: