Experts say former politicians keep their campaign funds and use them for personal expenses, in defiance of state law. 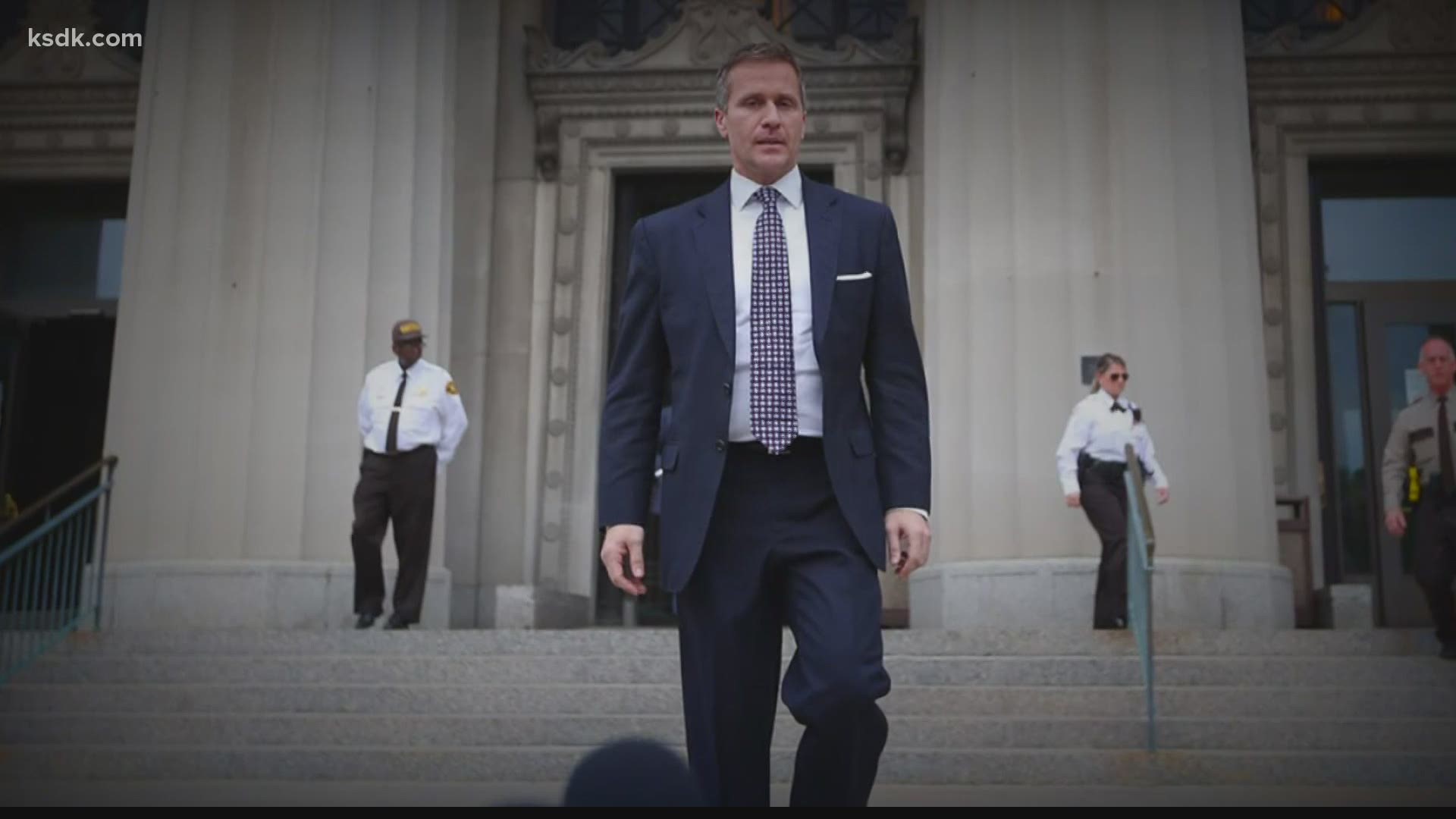 Last week, former Missouri Governor Eric Greitens filed paperwork to run for an unspecified statewide office in 2024. Elad Gross, a candidate for attorney general, is asking the Missouri Ethics Commission to decide if he should be able to do that even though he hasn't publicly announced any interest in running for office again.

Experts say it's part of a trend of campaign committees avoiding the state law that requires them to close their accounts and distribute the leftover money as refunds or donations if they won't be running for office again.

State law gives campaign committees three legal options after an election is over. They can file to run for something else, they can convert to a debt service committee to pay off anything they owe or they can terminate within 30 days of the election and distribute the funds to a charity, another campaign committee or back to the donors.

After the election is over, some candidates get around this mandate by setting a hypothetical date to run again in the future. Then, they continue to use that donated money for travel, employees or legal expenses, even if they aren't running for office.

In 2018, the I-Team discovered that former Missouri politicians like Jay Nixon and John Diehl had kept their campaign funds and spent thousands of dollars from them even though they were not running for office.

RELATED: What are 'Zombie Campaigns, why should you care?

The campaign committee for former governor Eric Greitens is also still alive and spending, more than two years after he resigned his position.

"Other politicians, after sort of resigning in disgrace might fade into the background but he hasn't. He's kept a high profile," said Anita Manion, an assistant professor of political science at the University of Missouri - St. Louis.

Greitens resigned in May 2018 as part of a deal to avoid felony prosecution for allegedly misusing an email list from his non-profit organization for political fundraising. Just days before resigning, his committee had filed an amended statement of committee organization that indicated his intent to run for governor again in August 2020.

The following year's amended statement of organization also included the intent to support Greitens running for governor in 2020.

This year's amendment pushes that deadline to the August 6, 2024 primary for an unspecified public office.

As long as that deadline exists in the future, the committee can keep all the money it collected from donors before and during Greitens's term as governor.

"I think that's why we saw him last year, tell the Missouri ethics committee that he would be running for governor in this year's Republican primary. He did not file for that. Now, he's making this declaration for 2024. That allows him to continue to fundraise and use those funds," Manion said.

Greitens For Missouri had more than $400,000 on hand as of its latest disclosure on April 15. The committee has been putting that money to use in compensation and reimbursement for two campaign workers, more than $68,000 for a digital media campaign, travel expenses including hotel rooms in Washington, D.C. and New York City dated in early March, and Facebook ads that added up to $4,585 in the last week.

Former governor Jay Nixon also kept his campaign committee long after he left office in 2016, and the I-Team found that he spent $14,000 from his campaign fund for a private party after he'd retired from politics. The committee closed just a month after the I-Team's original story aired.

Manion said former politicians can keep campaign money with little oversight from the Missouri Ethics Commission to make sure they're spending it on campaigns.

On June 12, Elad Gross announced that he had filed a complaint with the commission, noting in his news release that, "It's true that many former candidates with no immediate intention of running keep their campaign committees open as a way to hold onto their campaign cash."

Gross is a candidate for Missouri attorney general and a civil rights lawyer who is also currently suing Governor Mike Parson for alleged violations of the Sunshine Law.

In an interview, Gross added that Greitens "could be doing anything he wants with the money he received as donations, the money he solicited saying, 'Hey, I need this money to run for office.'"

When asked for a comment about Gross' complaint, MEC executive director Liz Ziegler wrote, "State law prohibits the Commission from commenting on whether or not the Commission has received or accepted a complaint."

Gross called the continued use of the campaign money dishonest, and he suggested that the former governor should donate the remaining money to his charity, The Mission Continues.

"When you raise money for a campaign, folks expect you to use that for your campaign promoting whatever you are," said Gross. "It seems like he's trying to use it all for himself as quickly as possible."

Greitens For Missouri has already spent more than $61,000 in legal fees in the first quarter of the year, as well as the $38,000 settlement agreed upon with the Missouri Ethics Commission for the campaign finance violations alleged before Greitens resigned.

Manion advises campaign donors to think about where their money will end up if their candidate doesn't win or stops campaigning.

"First of all, you want to have faith in the candidate you donate to," she said. "They can say, 'When I spin this down, I'll roll it into the RNC or DNC, I will give it to a charity,' so you can ask, 'If you have remaining campaign funds, what will you do with those funds?'"

The I-Team reached out to the phone number for Greitens For Missouri for comment but has not yet heard back. 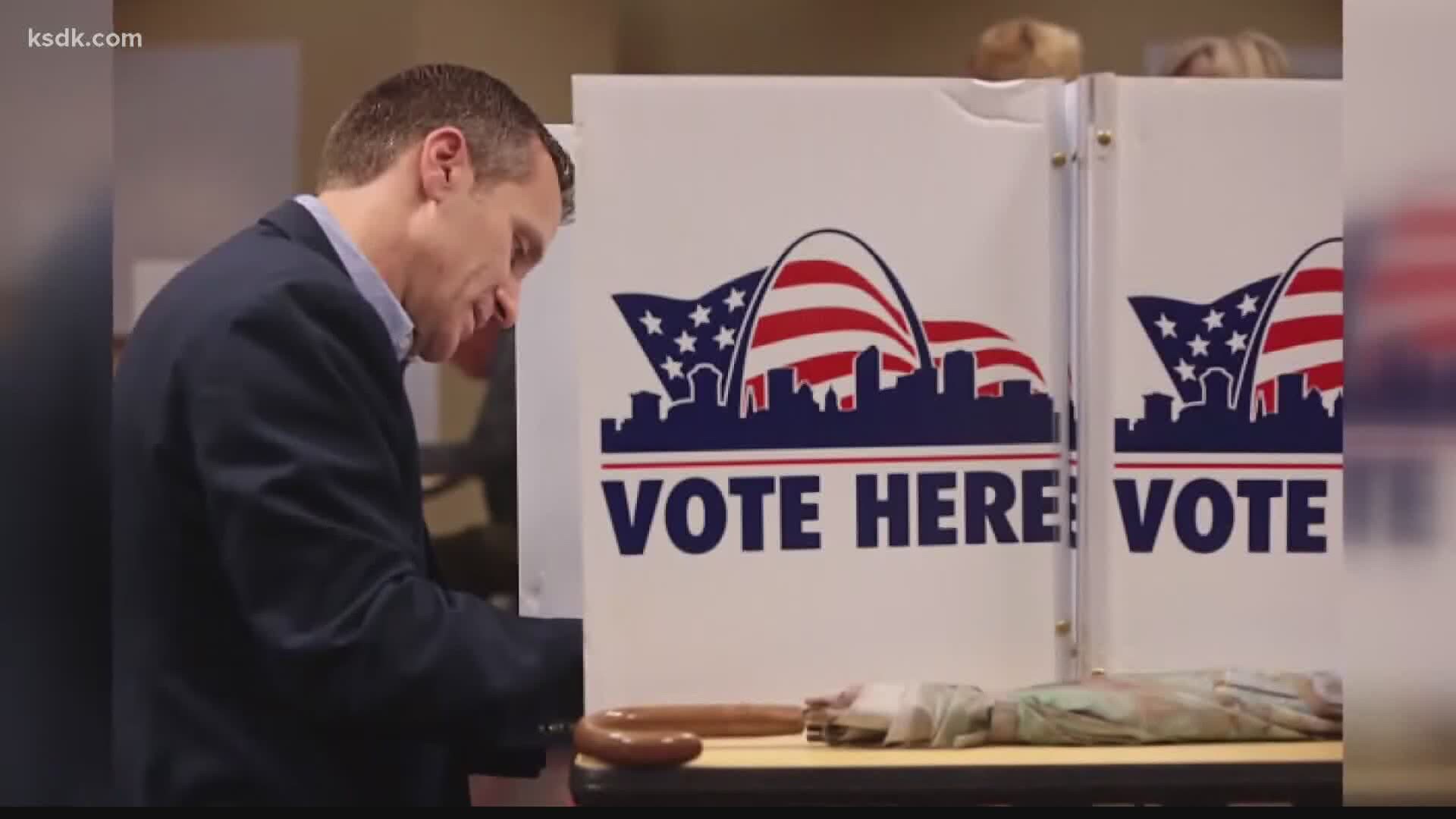