Digital currencies like Bitcoin have made some people millionaires overnight. But like anything good, scammers want to ruin it for everyone 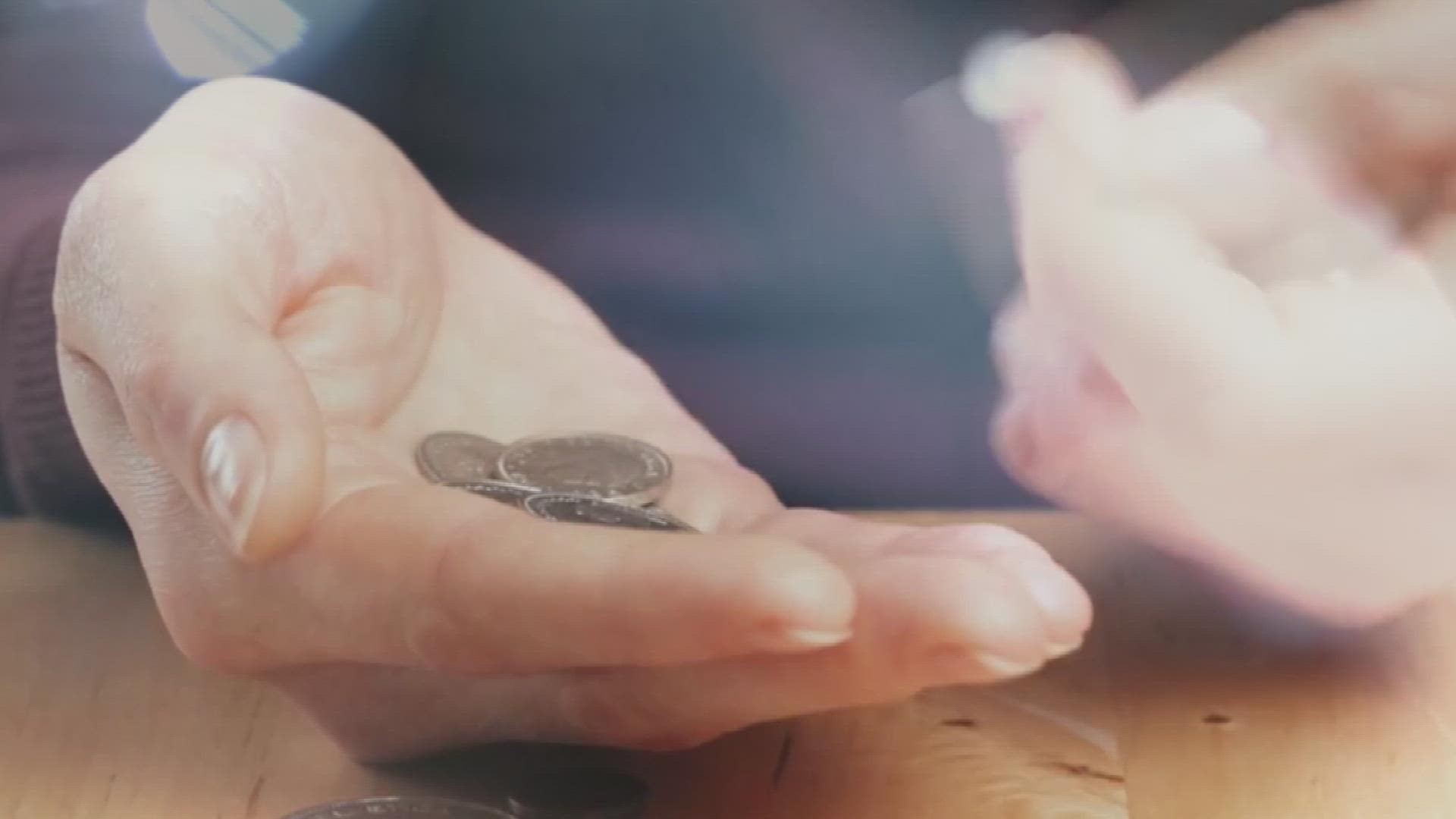 “Bitcoin is created through computer codes,” said Nasser Arshadi, Ph.D., chair of the Department of Finance and Legal Studies at the University of Missouri-St. Louis.

The first thing to know: unlike familiar paper currencies like the U.S. dollar, Bitcoin isn’t issued by or backed by any government entity. That means investors buy and sell Bitcoin directly, with low fees because no banks are involved. Transactions take moments, instead of days.

It’s exclusively online, with no coins or paper involved. You can think of a Bitcoin like a computer file or string of numbers you can store in a digital wallet application on your smartphone or computer.

Every Bitcoin transaction ever made is listed on a public online ledger, which experts say is pretty much tamperproof.

“It's a lot simpler, a lot cheaper. And the promise is not to be inflationary,” said Arshadi. "I think it’s changing the financial picture for everybody."

When Tiffany Gill heard about Bitcoin, she wanted a piece of the action. The mother of five was planning ahead to celebrate her 2nd wedding anniversary. When a message from a church friend introduced Gill to a Bitcoin investment opportunity, “it's not even something I would have ever thought about using,” she remembered.

The excitement around Bitcoin was what convinced Gill to invest.

The friend’s messages promised big returns. “I wanted to invest two hundred dollars,” Gill said. “From that $200, I was told that I would get 12 [hundred dollars].”

When she made the purchase through CashApp and transferred it to what she believed was an investment firm called IMF that would handle the Bitcoin for her, she upgraded to spending $400 of her own money. She was required to take a picture of her state ID to start the venture.

Only after she spent her money did she discover that the person who sold her on the plan was not who they said they were.

“As I got more into this and realized it was a scam, I was actually able to reach out for her through another social media platform and realized that her page was hacked about a year and a half ago,” said Gill.

Shortly after realizing she'd been scammed, Gill says her Facebook account was hacked. Soon, messages about the investment scam began appearing on her page, and friends and family were reaching out to get involved.

"People send me messages like, 'hey, is this real?' I'm like, 'it's a scam,'" said Gill. "People do just continue to report the [my] page and hopefully Facebook will take it down."

Like a lot of cryptocurrency hopefuls, Gill never saw her money again, and it didn’t bring the promised returns.

“I have cash, I have credit, I have a bank! It doesn't make sense to me to put money somewhere and then you lose it,” said Gill, who admits she's done with digital currency.

Gill will likely never be able to find out where her money went: a problem that highlights the “crypto” part of cryptocurrency—and what makes the technology so appealing to scammers.

Bitcoin owners have the ability to prove that they have Bitcoin to spend by referring to previous transactions that assigned the Bitcoin to them. And even though an observer can see which transactions are associated with the same seller or buyer, the ledger doesn’t contain any details about who owns a specific Bitcoin wallet or what was purchased with the Bitcoin.

According to the Federal Trade Commission, Americans have lost $80 million since last October to cryptocurrency investment scams. It ranks at the top of the kinds of fraud that people in their 20s and 30s are losing money to.

With the expected value of Bitcoin still climbing and the excitement rising just as fast, there will be more opportunities for scammers to trick people who want to get involved.

Gill warns others to approach the craze with caution.

“If you're not educated in what you're doing, you could easily be scammed, like, very easily,” said Gill.

Arshadi recommends using apps like Coinbase, PayPal, or CashApp to buy digital currency, and to store it in an offline wallet, so it cannot be hacked.

He also said to only invest as much as you can afford to lose, and don’t expect a quick profit.

“As we go forward, I think they will be less volatile because a lot of institutional investors are getting involved,” said Arshadi. “So an investor has to keep in mind that these things can be volatile. If you can stomach that, that's good.”

You can report cryptocurrency-related fraud to the Federal Trade Commission online. Missourians can also file a complaint related to investment in cryptocurrencies to the Missouri Secretary of State’s Securities Division.

RELATED: Dead to the IRS: Belleville widower fighting to prove to IRS he's alive so he can get his refund check