The library purchased 6 acres of land and paid more than $4 million dollars over their appraised value. Many taxpayers and local residents are livid.

ST. LOUIS COUNTY, Mo. —
A bitter dispute over a $20 million dollar library project has divided the city of Frontenac.

The city is suing the library to stop the construction of the new building in a residential area.

It's a project funded by a tax increase. But as the I-Team found out, it's also a project that put more than $1 million in the pocket of one former Frontenac city leader.

Carol Watkins sat on her porch off Spoede and Clayton roads and looked disdainfully at the construction down the road. She and hundreds of other Frontenac homeowners have been anxiously watching the site of the St. Louis County Public Library's newest administration building with disapproval.

"It's a slippery slope, isn't it? All of a sudden you've got commercial in the middle of residential and you've got significant traffic that we're very concerned about having significant accidents," said Watkins."It's huge. It's an eyesore."

Those are just some of the many reasons Watkins can give you if you ask her why she and hundreds of her neighbors are against the project.

Frontenac Mayor Kate Hatfield has plenty of reasons of her own.

"It just poses so many safety hazards for a residential neighborhood to have a warehouse and office of that size," said Hatfield.

During the week, 170 employees will work there. Add to that, 247 new trees and a walking path.

"This is the heart and soul of the library. This is a public building that will be open to the public more hours than it's open to our employees for the employees that work there," said Kristen Sorth, Director of the St. Louis County Public Library.

"It's a warehouse with some offices," said Hatfield. "They told us those trucks are about 50 feet long. That's a pretty big truck to be going in a residential street, and they have a fleet of them."

The controversy over the library's development began earlier this year.

The library purchased 6 acres of land and paid more than $4 million more than their individual appraised value. We asked Sorth if she believed that was a good use of taxpayer money.

"We have had a lot of experience looking for property. Like I said, we looked for 20 to look to, to have 22 different sites," said Sorth. "We thought that it was a better use of tax dollars to buy land that would expand and get better over time. We knew we wanted to be as close to a highway as possible and this is as close to a highway as we could ever ask for. So we felt like this was the best decision for the library district as a whole."

One of those homes belonged to David Bray, a Frontenac Alderman at the time of the sale. The library bought his home for almost $2 million -- nearly three times its actual value.

Why did the Alderman get such a good deal?

"That's the offer that he asked for," Sorth said.

Bray resigned shortly after the deal went through and wasn't available to comment.

All the homeowners involved signed non-disclosure agreements, something Sorth said is standard practice.

"The reason for that is, particularly for a public entity, if someone knows that you're out purchasing property, it often means that the price goes up. So it's pretty standard in contracts," Sorth said.

"The library has flushed with money and they're just spending it like they're kids in a candy store," Watkins said.

Sorth said the value of the properties combined is in line with the $6,125,000 they paid.

"After the Frontenac planning and zoning commission unanimously approved our boundary adjustment request to consolidate the land from 5 properties to one on August 29th, we got an appraisal," said Sorth. "The appraisal found that the Value in Use of the new 5.9-acre parcel in Frontenac, as it will be used by the Library, is $6,320,000."

Since January, the Frontenac city leaders have voted the library's proposal down several times.

But it turns out the library doesn't have to listen to Frontenac leaders or follow local ordinances. Like school districts, the library is classified as a political subdivision of the state.

"It's a power that's granted by state staff statute and has been really backed up by case law," said Sorth. "School districts, libraries, any political subdivisions in the state of Missouri are their separate taxing jurisdiction. And so it's an authority that's been granted and been discussed in the courts for years, actually."

It's a power that's confusing to many residents who feel the library is stepping over local ordinances meant to protect the community.

"It's really strange, that way they walked into Frontenac and basically treated Frontenac differently than they've treated every other municipality where they have their library branches," said David Sommerlath, a longtime Frontenac resident. "They're not following any of the zoning ordinances, none of the safety regulations from what I understand. I mean, that's not being a good neighbor."

Sommerlath said aside from the way the land was purchased, his biggest concern about the library is the traffic it may create at Clayton and Spoede roads.

"I've almost wiped out twice. I've almost been hit twice now. I go through that intersection, I mean 30 times a week because it's my route to get to Schnucks or get up, you know, who go to the YMCA or whatever," Sommerlath said. "If they're allowed to build this thing, I'll have to figure out a new way. Cause that intersection, at least at rush hour time, would be, you know, it's not going to be good.

"In our neighborhood because we're closest to this intersection. We've replaced the street sign and streetlight at significant expense, our expense because people hit it and drive on," said Watkins.

Yet Sorth said the new library development may actually improve safety at the intersection.

"So there's actually been three traffic studies that have been done. One that was initiated by the Merriam School. One by us and then the city of Frontenac actually paid for a traffic engineer to look at the two studies," Sorth said. "One study, the school study, said that the intersection was fine and that nothing that needed to happen. Our study was more conservative and said, 'let's put in a traffic light.' And we said, 'we agree.' So the library, as part of the budget for this project, is paying for a traffic light to go in. That traffic study said that their traffic would go from an 'F' to a 'B' with our development, with the traffic lights. So if we don't go there, their traffic stays at an 'F.'"

With all members of the library board serving on expired terms, many in Frontenac are frustrated the project is moving forward with their tax money but without their consent.

"This is a lesson to all St Louis County taxpayers. They should realize when they vote for these tax increases without any ability to know what that money's going to go towards or without knowing who the oversight person, our persons, our review boards are, we should not be doing this," said Watkins.

According to Doug Moore, a spokesperson for St. Louis County Executive Sam Page, there are plans to appoint new members to the library board. Page has said there are currently 350 overall board appointments he has to make, and he is being deliberate about filling those roles.

"While we would like to fill all the boards and commissions immediately, we must be thoughtful in the process. Too much is at stake to simply fill seats and move on. We want only the right people. People with high ethical standards. People who bring different life experiences and diverse perspectives to decision-making," said Page earlier this week at a county council meeting.

The homes purchased on Spoede road have recently been demolished. The matter is now in the hands of the courts. 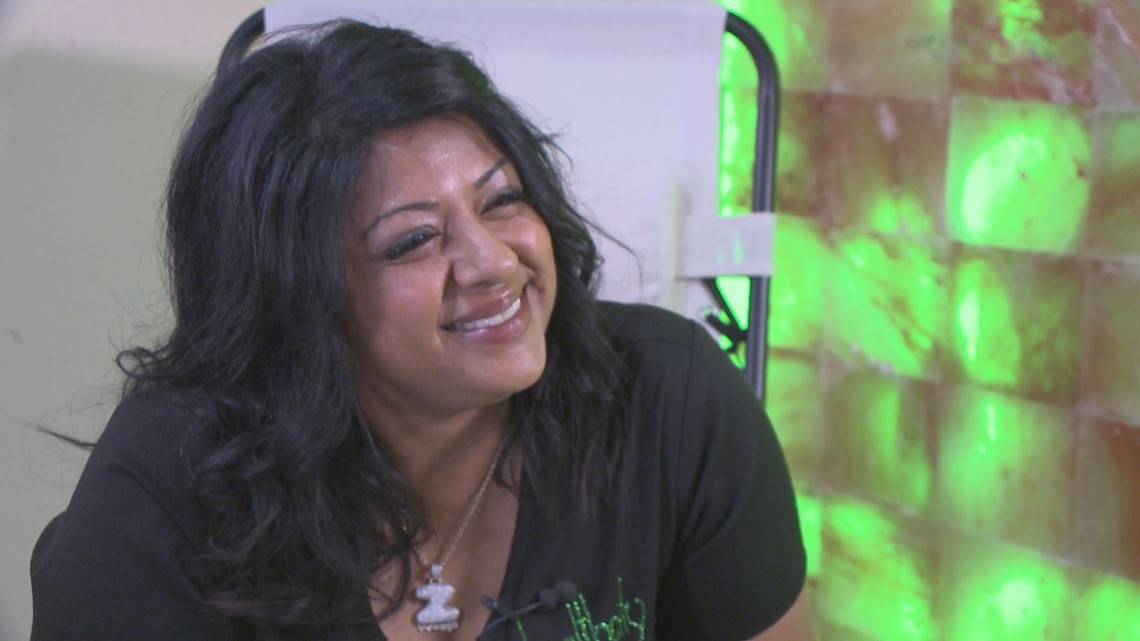 State police investigate 'Cannabus' Clinic for alleged marijuana sales
In 2016, the majority of Missourians who voted told state government they wanted medical marijuana to be legal. The law left the question of "how" up to the state. Amid the confusion, one doctor is using a strategy that triggered a state investigation and could be putting patients at risk.