A viewer reached out to 5 On Your Side after receiving an alarming letter about the facility she relied on for her annual mammograms. 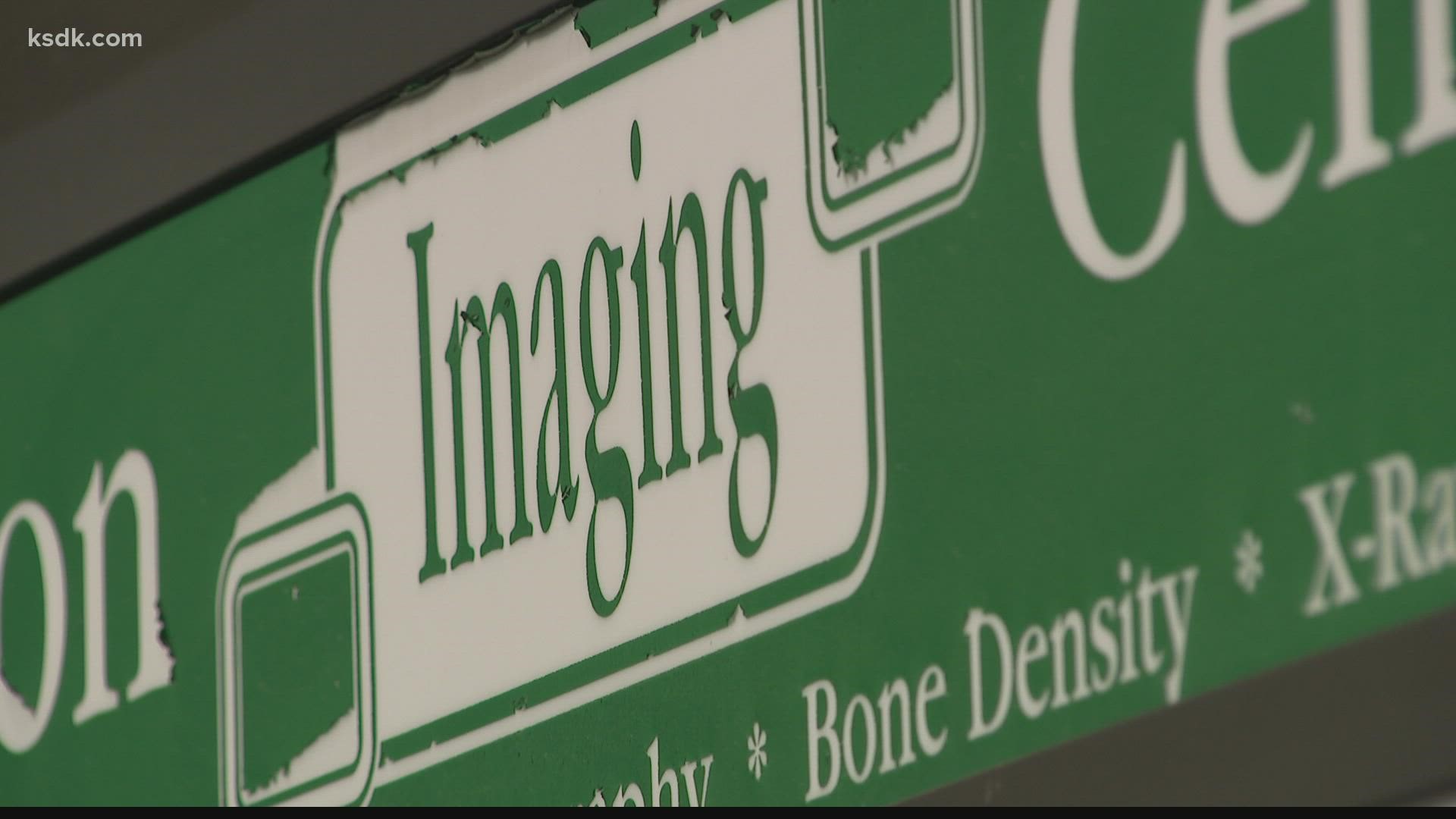 ST. LOUIS — Doctors say that time is of the essence in a cancer diagnosis. Mammograms are a screening tool intended to catch breast cancer as early as possible, even when a self-exam shows no reason for concern.

A call to the 5 On Your Side I-Team revealed that, for thousands of women in our area, mammograms at a specific imaging center may have given them a false sense of security.

Kristi Howard was a patient at Watson Imaging Center in late 2017. She had done a self-exam and wanted a professional opinion.

"I had felt a lump and it just made me kind of anxious," said Howard.

Howard's doctor recommended a mammogram. The one she got at Watson in South City assured her everything was fine.

"I was very relieved. I was like, okay. Nothing," said Howard. "I'm in my early thirties. So yeah, I just took their word for it."

Nine months later, Howard's doctor diagnosed her with stage three breast cancer. By the time they detected it, the cancer had spread to her lymph nodes.

Howard believes her prior mammogram should have caught the early signs.

This summer, Watson Imaging Center sent letters to patients stating the Food and Drug Administration found image quality issues with over two years' worth of the center's mammograms, from May 2019 to July 2021.

Credit: KSDK
A letter was sent to thousands of women about mammograms at Watson Imaging Center.

The center's practice manager told the I-Team the letters went to thousands of patients. The FDA ordered Watson to stop performing mammograms immediately.

Howard did not receive a letter about the quality of her mammogram. Her screening occurred earlier than the window of mammograms that the accreditation body reviewed.

A viewer who asked not to be named informed the I-Team about the letter and wondered if patients getting second opinions might be shocked with a sudden diagnosis.

Dr. Cheryl Herman, a breast radiologist at SSM Health St. Mary's Hospital, has been reading mammograms for more than 20 years. She tells the I-Team it is rare for the FDA to take this kind of action.

"I would be devastated and I would be a little frightened," said Herman.

She explained that there are many possible reasons for things to go wrong with a mammogram.

"It's just picture-taking, really, so at times when the picture is taken too dark or too light, there's not enough contrast," Herman said. "Most of the time when there is a problem, it is the positioning of the breast."

"And then, poor technique--that's the blur," she added. Regardless of the reason, she said, a flawed mammogram "can miss cancers, for sure."

Customers calling Watson Imaging Center are currently greeted with a recording that says, in part, "If you are calling regarding the letter you received about your mammogram.... please be advised, under the advice of our attorney, the staff at Watson cannot comment."

There is no announcement about the FDA's action on the Watson website. Posts that mention mammograms on the website include the disclaimer, "Please Note: Mammograms are not offered at Watson Imaging Center at this time."

In a phone call, the center's practice manager told the I-Team that the reason for the FDA action was not an equipment issue, and no one was fired. While she couldn't talk about any specific case, she characterized it as a "communication issue between the doctor and the technologist."

She also said that she does not know when the center can resume mammography.

Herman described the kinds of issues that may arise in communication between the doctor and technologist.

"If you're not talking to your technologist, then they can be running images through thinking that they're doing a great job because they're not hearing back from you and you're just reading whatever comes through because you're not instructing your technologists to do better," she explained.

Howard posted a review of her experience at Watson, warning others away from the center.

"I just hope and pray that it doesn't happen to anyone else," she told the I-Team. "I wanted to make sure that no one else has to go through what I went through."

Watson Imaging Center's practice manager says they have not heard from any patients who say their mammograms missed breast cancer.

After radiation, chemotherapy, and a double mastectomy, Howard is cancer-free.

Her journey left her with some advice: "I advocate to anyone who has any concerns to go to a breast center, a place that's specifically for that. And that's all they do every day is just look at that. They don't do anything else. They're more equipped. They're more capable. Their equipment is even better, more updated."

Watson Imaging Center advises patients in the letter to talk to their doctors about having their mammograms reviewed or redone. The letter states that they also informed the doctors who referred patients for mammograms during the window of the review.

The letter recommends that patients find an accredited, Mammography Quality Standards Act-certified facility for future mammograms. Those facilities can be found with a search on the FDA Mammography Facilities website.

Yearly mammograms are recommended for all women over 40.

What to Do For a Mammogram Quality Complaint

The FDA website for the MQSA tells consumers that facilities must have a system in place to address complaints.

Warning letters and documented actions against other mammogram providers are available on the FDA website. The FDA declined to comment on the action against Watson and has not published a warning letter. The decision to publish a warning letter, according to the FDA compliance program manual, is based on a review of the inspection, correspondence with the facility, and history of MQSA violations.