A new look at the I-70 serial killer: Police release age-enhanced sketch 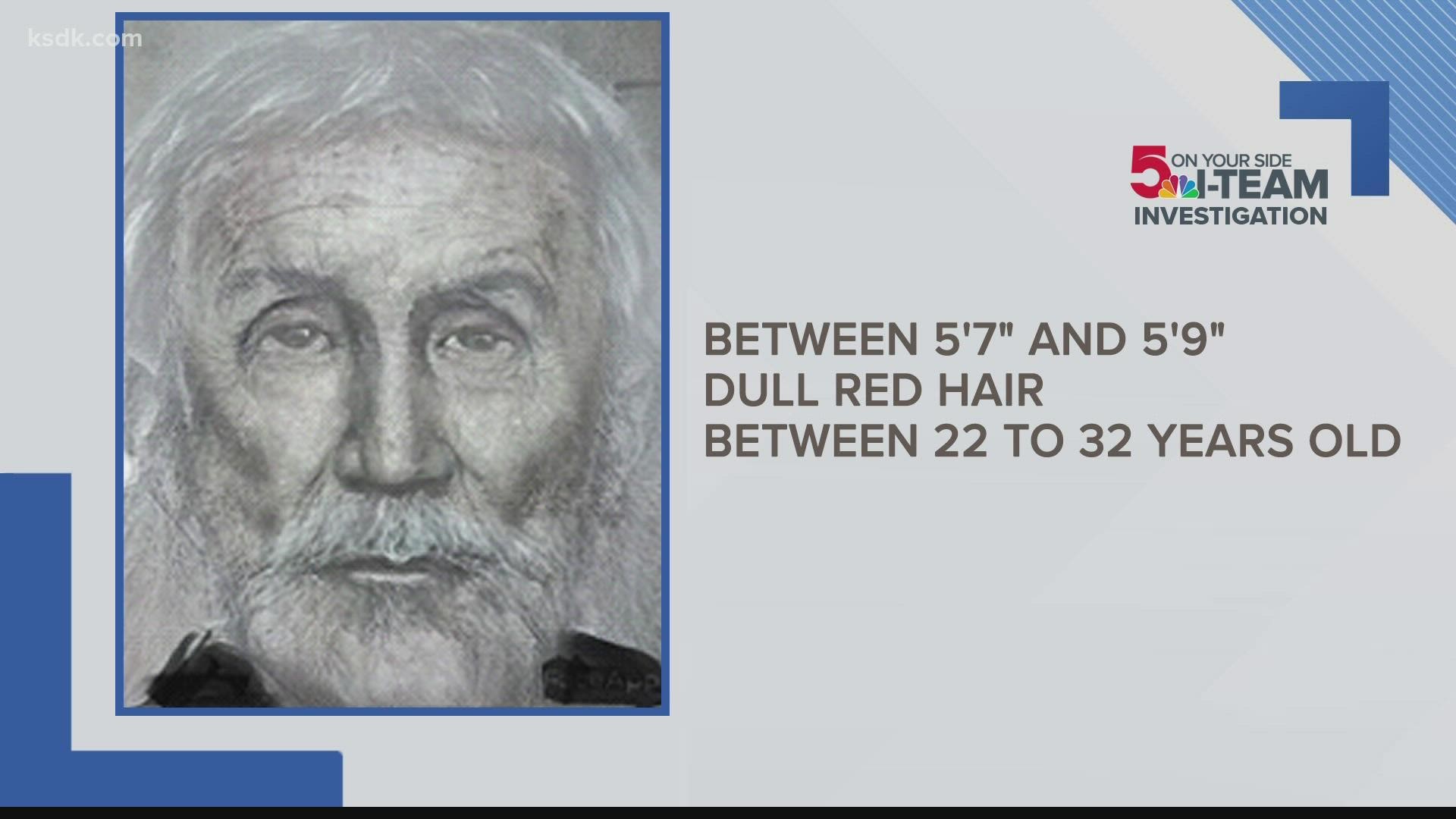 The I-70 killer, as he’s known, preyed mostly on women working alone in retail stores along about 1,200 miles of the interstate from Indianapolis, Indiana through Wichita, Kansas in April 1992. Police also believe he may be responsible for some unsolved shootings and killings in Texas dating back to 1993 and 1994.

One of his victims was a man, but police said he had long brown hair at the time and believe the killer may have mistook him for a woman.

Locally, 24-year-old Nancy Kitzmiller was found shot to death on May 3, 1992 in The Boot Village store along Interstate 70 at Zumbehl Road in St. Charles.

Robbery couldn’t have been his motive, as he only got away with about $100 from any of his scenes, said St. Charles Capt. Ray Floyd. Most of his victims were petite brunettes and they were not sexually assaulted.

“He was homicidal,” Floyd said.

St. Charles police will convene a meeting in November with all of the police agencies who investigated homicides connected to the killer along with the FBI and ATF. At that meeting, investigators plan to dissect all of the evidence they have from the cases and see what can be tested using modern DNA techniques, Floyd said.

Floyd said it’s possible the killer is connected to two killings in Texas as well.

A key piece of evidence that linked the killer to the crimes was the gun he used, Floyd said.

It’s known as an Erma Werke Model ET22 pistol. It’s a somewhat rare gun, Floyd said, as there were only about 6,500 made and imported from Germany. It has a nearly foot-long barrel.

The St. Charles Police Department bought one of the guns in an online auction in 2014, to show it to the public in hopes of generating leads.

The following is a summary of the cases connected to the killer, whose spree began in Indianapolis and stretched more than 1,200 miles west to Wichita, Kansas:

Credit: Police
The I-70 killer, as he’s known, preyed mostly on women working alone in retail stores along about 1,200 miles of the interstate from Indianapolis, Indiana through Wichita, Kansas in April 1992.

St. Charles police are also offering a $25,000 reward for any information leading to an arrest in this case.

The suspect is described as a thin man with dull red hair, or sandy blonde hair with a red tint. He is between 5 feet 7 inches and 5 feet 9 inches tall and between the ages of 52 and 70 years old with lazy eyes.