The new, large homes are often built on the site of small homes constructed decades earlier. In some cases, it results in a radical change for a neighbor. 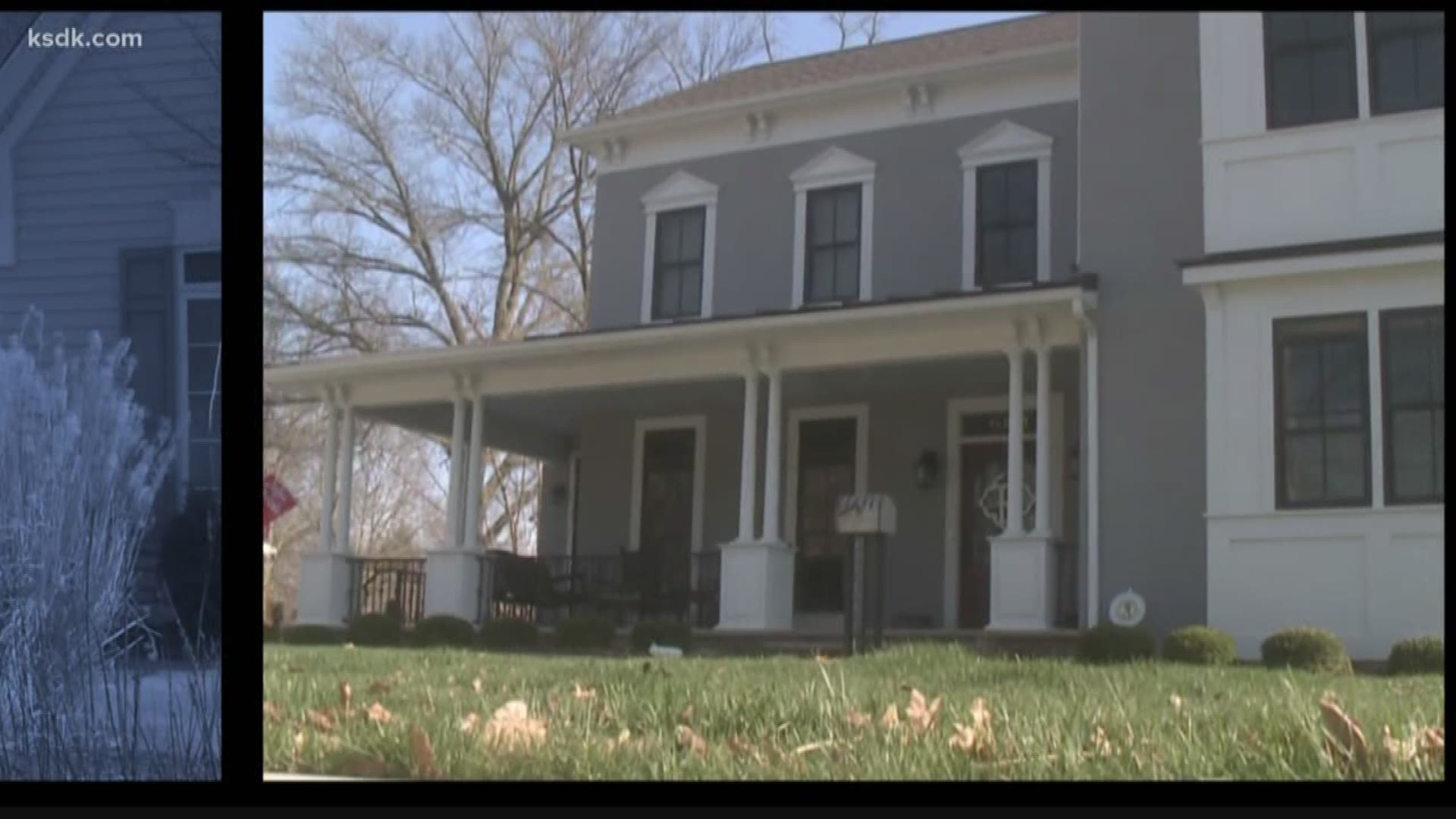 The Mayor of Kirkwood says he's taking action to require more planning before 'McMansions' can be erected in Kirkwood.

For months we've told you how some homeowners there say they're feeling squeezed out of their neighborhoods by a number of large 'McMansion' style homes popping up around Kirkwood.

The new, large homes are often built on the site of small homes constructed decades earlier.

In some cases, it results in a radical change for a neighbor.

Take Pat Smith. For more than a decade, Smith says her backyard was her refuge.

Her home shared a property line with a historic Kirkwood Mansion known as the Gill House and her backyard overlooked the mansion's expansive gardens.

For years the mansion was vacant.

Then, a few years ago, a family moved in and began extensive renovations on the property, which included building a two-story, three-car, detached-garage roughly four- feet from Smith's property line.

Now the view she once had is totally blocked by the building, spanning the length of her backyard.

She also says the two-story structure eclipses her one-story home: "There's no airflow anymore. In the winter, there's no sun.”

"The issue is it's so close, it's practically on top of her house,” says Pat’s daughter-in-law, Angie Smith. “How is this allowed?”

The answer is that the city of Kirkwood approved the construction. In fact, the home and the new garage follow every local and state code. It’s perfectly legal. And of course, it is the owner’s property.

But other properties may be causing a real problem for their neighbors: flooding.

"It actually gets about a foot deep," said Diane Polacek of Cleveland Ave. Polacek says after developers erected a 'McMansion' next door, her driveway became a lake. She first spoke with 5 On Your Side in April.

"No one can pull in the driveway and get out. It gets very deep in a few spots," said Polacek.

And then there's the Reed home on Adams. Maureen Reed says the basement of her 93-year-old mother's home started flooding after developers built three McMansions behind it.

"The runoff has been so bad we've had to sandbag," said Reed. The family also told 5 On Your Side they would likely sell the home because water damage in the basement had gotten too severe, and too costly to fix.

Turns out, it's a common complaint in communities across the country undergoing "mansionization".

Often developers will purchase a standard-size lot and home. Then they’ll tear it down and build a McMansion.

The problem, though, is that some of these homes are so big, they cover what used to be the lawn and ground that absorbed any rainwater.

As a result, now the water spills out onto neighboring property.

So many communities require 'McMansions' be built with safety features like dry wells or french drains to prevent this problem.

5 On your Side: Why has the city allowed this to happen? These developments go up and the water has no place to go except next door?

"We've been working on this. With the... the mayor's appointed a city council committee and a staff committee and we've been reaching out working with some local engineering firms also," said Bill Bensing, Kirkwood director of public services. Bensing says the city doesn't require anti-flooding features in 'McMansions' because previously it wasn't an issue.

Five On your Side: Is this just the idea that older homeowners don't matter as much?

"No not at all. Every resident matters to the city and we try to work towards that at any cost," said Bensing.

5 On your Side contacted the owners of the historic Gill Mansion, but they declined to comment.

things like dry wells to minimize the water runoff and flooding problems.

Kirkwood Mayor Tim Griffin says whatever new regulations they decide on will be on the books by the end of this year.