If there are just seven more homicides between now and the end of the year, it will be the deadliest year for St. Louis city in half a century 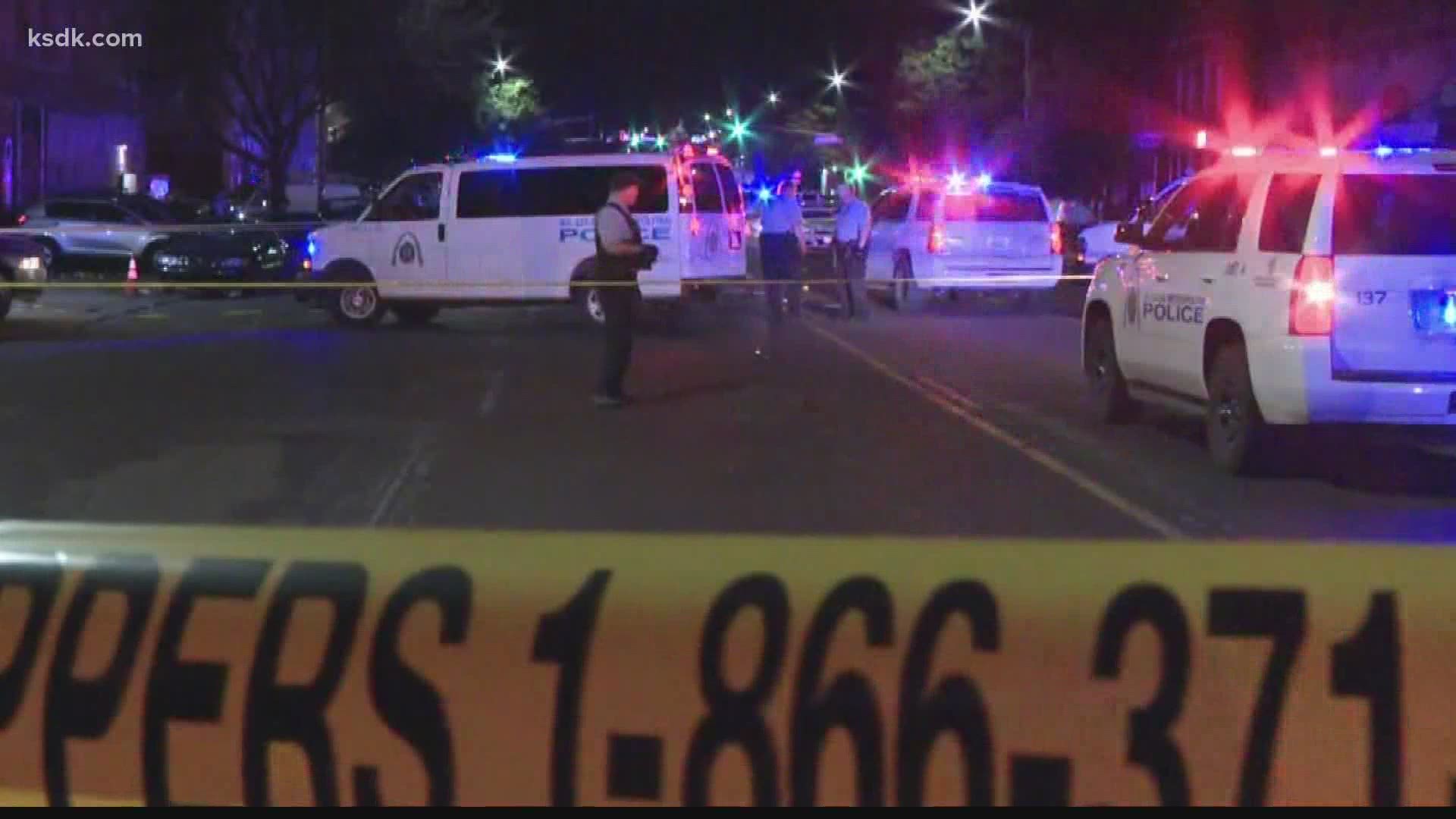 ST. LOUIS — As of this week, St. Louis toppled its own record for homicides per resident for all but one of the last 50 years.

Criminologist Richard Rosenfeld with the University of Missouri-St. Louis said it’s likely 2020 will break the record set in 1993. As a member of the Council on Criminal Justice, he’s put together reports for the National Commission on COVID-19 and Criminal Justice about crime rates rising amid the pandemic.

He found that violent crimes like homicide and aggravated assault have risen over the summer in many large cities.

“St. Louis has two homicide problems. The most immediate problem is the big uptick we’ve seen this summer,” said Rosenfeld. “The other homicide problem is reflected in our chronically high homicide rates. Even before now, before they’ve begun to rival the early 90s, we’ve had much higher than, obviously, desirable homicide rates, and that’s tied to high rates of joblessness, poverty, racial segregation.”

In some neighborhoods, the homicide rate has been high for years. This year through the end of August, more than a quarter of homicide reports were for addresses in just five of the city’s 79 neighborhoods. Walnut Park West, Wells-Goodfellow, and Walnut Park East have had some of the highest homicide rates over the last five years. All three fall within one of the policing hotspots known as “Hayden’s Rectangles.”

"It's a function of persistent and high poverty rates in the city, persisting levels of joblessness especially now given the impact of COVID on the economy, continuing high levels of racial segregation. Those are the underlying conditions we just have to address,” said Rosenfeld.

Several law enforcement initiatives have been working to reduce violence in St. Louis. Hotspot policing in Hayden’s Rectangles usually means more police officers on patrol. During the COVID-19 pandemic, that strategy had to change.

“Stopping cars for traffic violation is an important measure of overall police presence that remains down by over 50% over last year at the same time,” said Rosenfeld. “Occupied vehicle checks down over 30% over last year. Stopping people on the street, asking them questions about problems in the area or stopping people who the police suspect might be engaged in crime, down still 70% over last year”

“Those are some of the activities that the police engage in, and when they do so well, that is when they do so effectively and also fairly, that can keep a check on crime,” Rosenfeld added. “When those activities are reduced, other things equal, crime tends to increase.”

Major Shawn Dace, commander in the Bureau of Investigations for the St. Louis Metropolitan Police Department, agreed that the pandemic has made it harder for police to be in the community.

"The common sense thing to do is put resources where resources are needed, and we've been doing that. And we will continue to do that. Unfortunately with the pandemic we've had to quarantine people, we've had civil unrest, so we've had to deploy our resources in a lot of places, which causes us to lose visibility at times,” said Dace.

SLMPD got a little extra help from the Department of Justice’s Operation Legend starting in August. The initiative came to St. Louis due to support from city officials but has been criticized by some community members.

Dace said Operation Legend has accomplished a lot in St. Louis already, including more than three hundred arrests for violent crime in St. Louis. He noted that 33 of those arrests were for homicides.

“They are very essential in locating these subjects wanted for homicide. So, it's been successful, that's a huge amount of police work in the last six weeks,” he said.

Dace said that the effects of the pandemic on policing and crime will be felt in St. Louis for years.

In the meantime, he noted, “We’re not giving up. We’re going to continue to fight the good fight. Our guys are, even through the pandemic, and even through the civil unrest, the attitudes of our officers on the street have been good. My detectives are working hard. We just need more support from the community, we need more people to stand up and say enough is enough, we need people to be interested in being good witnesses for us and being good partners in this fight.”