After spinning into its 12th year, the World Naked Bike Ride saw something it's never seen before in south St. Louis. 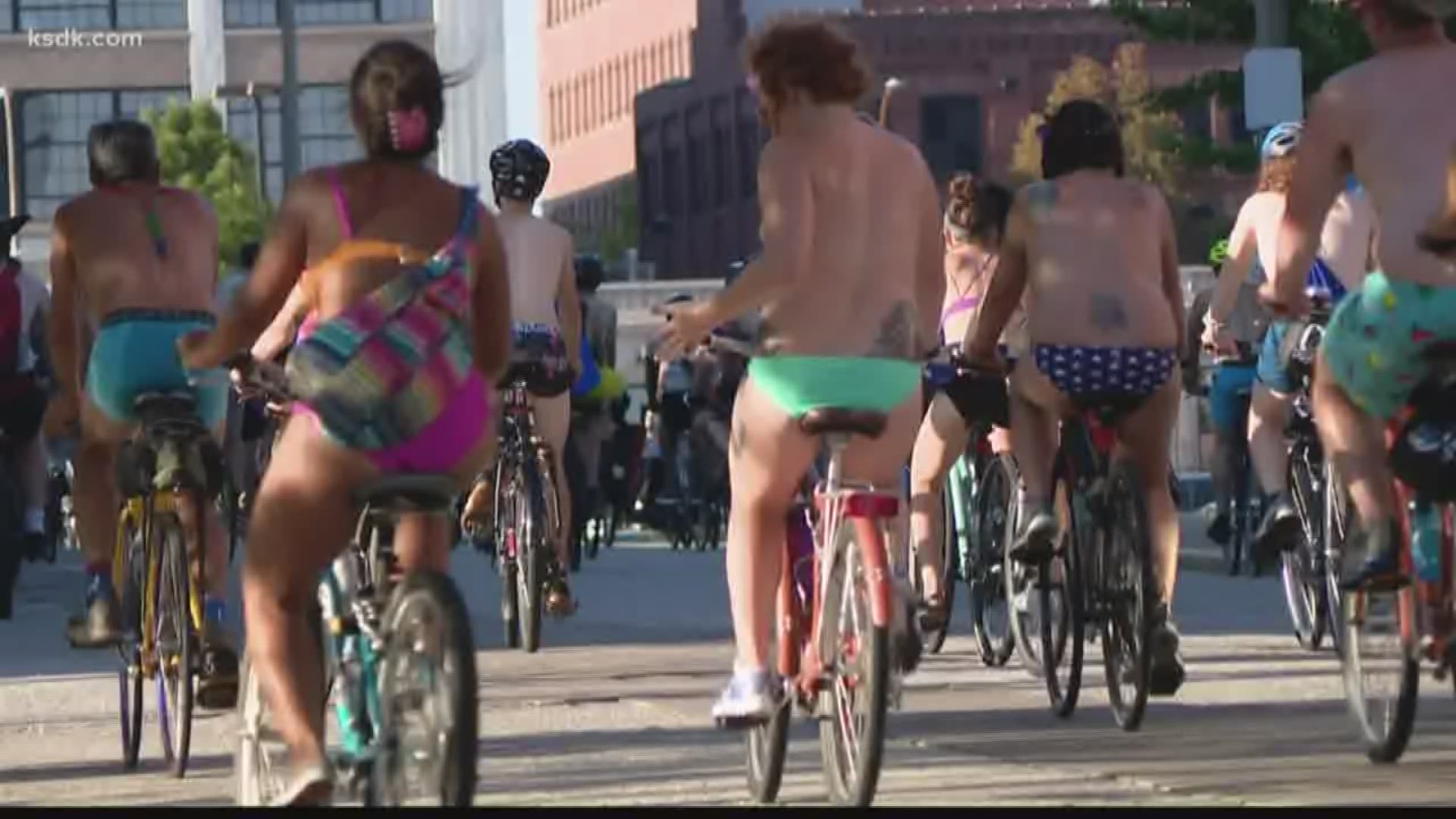 ST. LOUIS — After spinning into its 12th year, the World Naked Bike Ride saw something it has never seen before.

Andrea Hitsman is a volunteer on the planning committee.

"Someone was shooting one of the riders with a paintball and that the man appeared to be angry," she explained.

In a video taken along the ride route, a man was seen shooting at the cyclists as they made their way through Tower Grove Park.

Brian Krazer was in the park when he saw a bunch of naked riders going by. He whipped out his phone to record it and then saw a man starting to shot at them with a paintball gun.

Krazer couldn't get on camera, but he told 5 On Your Side the shooter seemed angry that there were bare bikers, as families were hanging out and kids were running around.

Even though the park has a sign that read, 'A welcoming place for all,' that didn't seem to be the case for a man who didn't want to see the nudity anymore. But luckily, no one was seriously injured.

Hitsman said this ride is supposed to promote visibility for cyclists.

"It's also a lot about body positivity and treating others about kindness, love and respect," Hitsman added.

Even with this hiccup, riders were able to still display their message and just ride on.

"It didn't mar the event at all. Hopefully, it'll never happen again," a hopeful Hitsman said.