Defining anti-racism: A better understanding of what it means and how to achieve it

A university professor with an education from Harvard said there's no magic wand to make racism go away. It takes a lifelong commitment, Crystal Fleming said 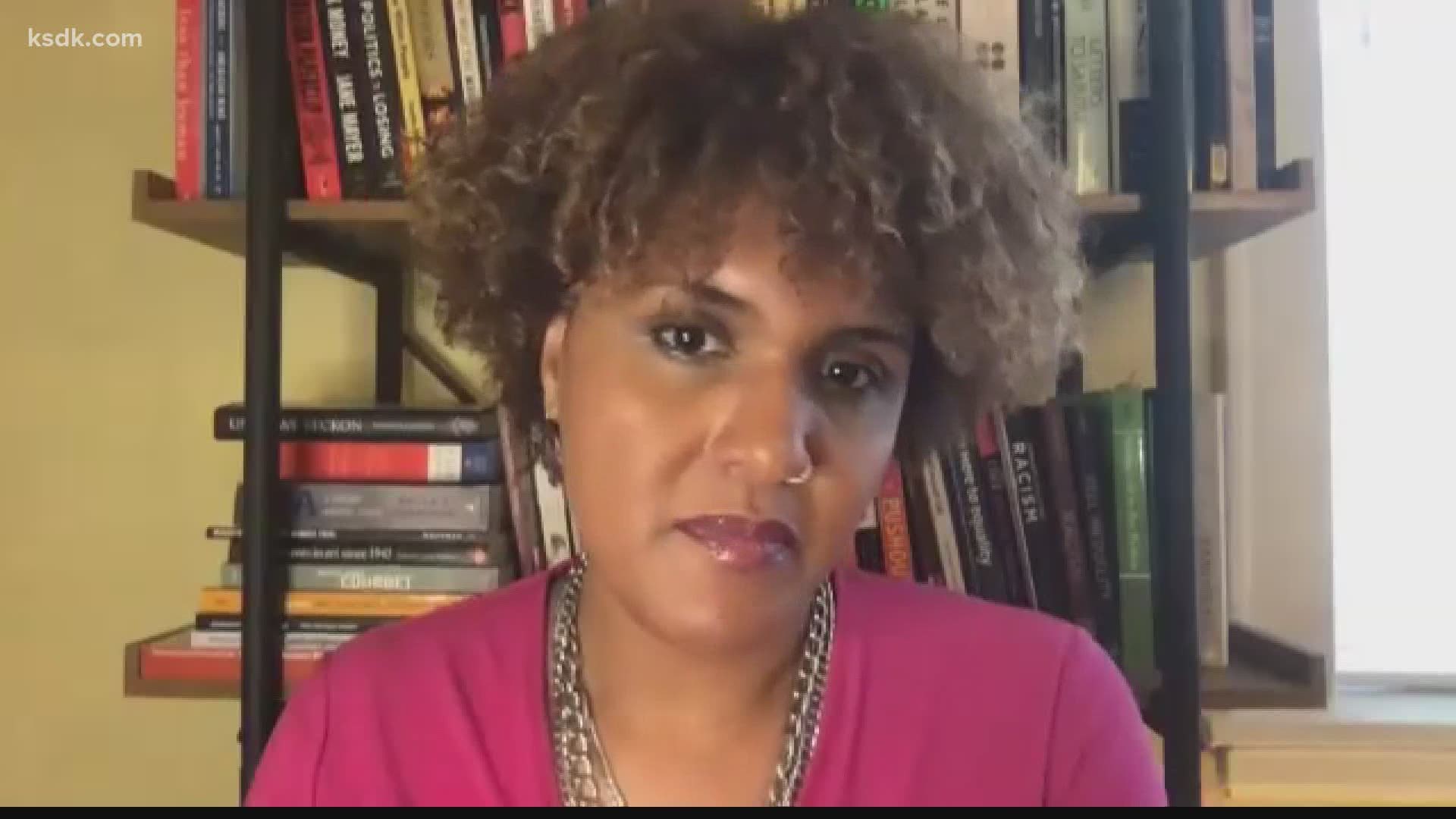 ST. LOUIS — As the movement for racial equality continues, you might be hearing the term “anti-racism”. But what exactly does it mean?

According to Crystal Fleming, it starts by taking action.

“Actively working to eliminate all forms of racial injustice and racial oppression,” Fleming said. “So, the key word there is active.”

Fleming is a professor of sociology and Africana studies at Stony Brook University in New York. She holds a Doctor of Philosophy degree from Harvard University and wrote the books “How to be less stupid about race” and “Rise up!: How you can join the fight against racism”.

“There’s no magic wand. There’s not just, you do one thing and then you wash your hands,” she explained to 5 On Your Side.

She believes the commitment to anti-racism has to be lifelong. Fleming explained to 5 On Your Side how Blacks lives were made to not matter.

“For centuries, lives of Black people had been systematically made to not matter by our policies, by our laws, by violent practices that were intentionally enacted to keep Black people in a subordinate position. If you have a racist society, by definition, you have a society where lives are made not to matter,” she said.

Fleming said anti-racism has to be about changing that mindset.

“Racism means that you are not valuing people’s lives equally,” she explained.

She sees racism as a divider in our society. She said the divide is between the have and the have-nots, the privileged and the powerless.

“It divides people into being valued or not valued,” Fleming said.

She believes that because of these deep divides, eliminating racism will take a long-term effort.

“It’s a lifelong commitment. It also requires believing that we have the power to change things for the better because we do,” she said.