If you see a black bear, the Missouri Department of Conservation says you should leave it alone and call them 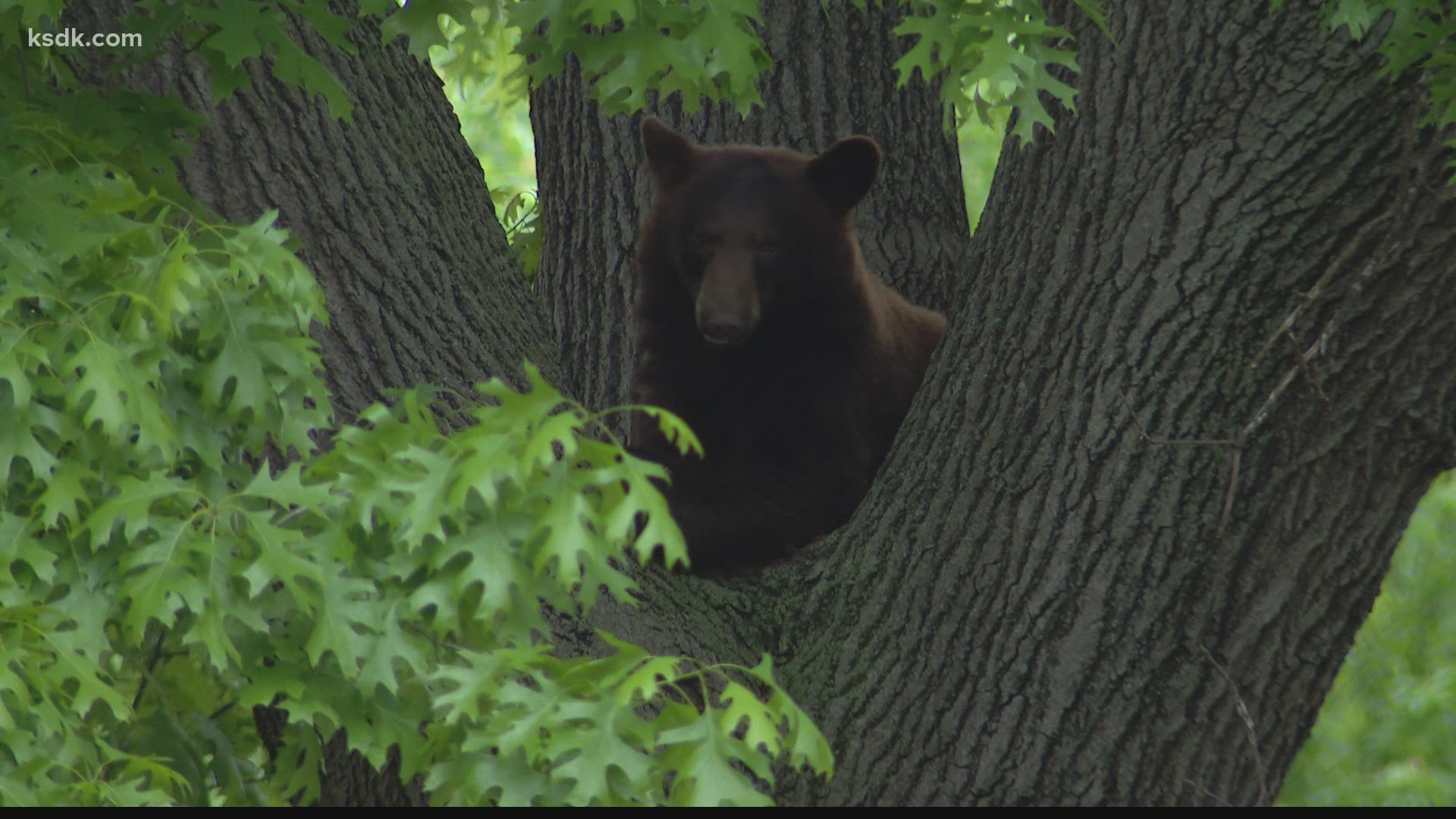 ST. LOUIS COUNTY, Mo. — Conservation agents tracked down a bear in St. Louis County and tranquilized it Sunday evening after multiple bear sightings across the county this weekend.

On Sunday evening, a bear was spotted in a tree near the intersection of Buck and East Linden Avenues in Richmond Heights. At around 7 p.m., conservation agents tranquilized the bear.

They were eventually able to get the bear down from the tree and load it into a truck. They said the bear will be taken to a less populated area and be released back into the wild.

Firefighters and other first responders were on the scene to help with the recovery of the bear.

It was the most recent bear sighting in St. Louis County.

On Saturday, the Kirkwood Police Department posted photos of a black bear on Facebook. In the post, the department said the bear was spotted in the Kirkwood/Oakland area.

"The Conservation Department has advised to keep an eye on all outside pets, do not attempt to pet or feed him and NO SELFIES with the bear," the post said. "If you don’t bother him, he won’t bother you."

On Sunday, two 5 On Your Side viewers reported seeing a black bear in Brentwood. Jeff Fogarty shared this security video of the bear on Woodsey Drive. 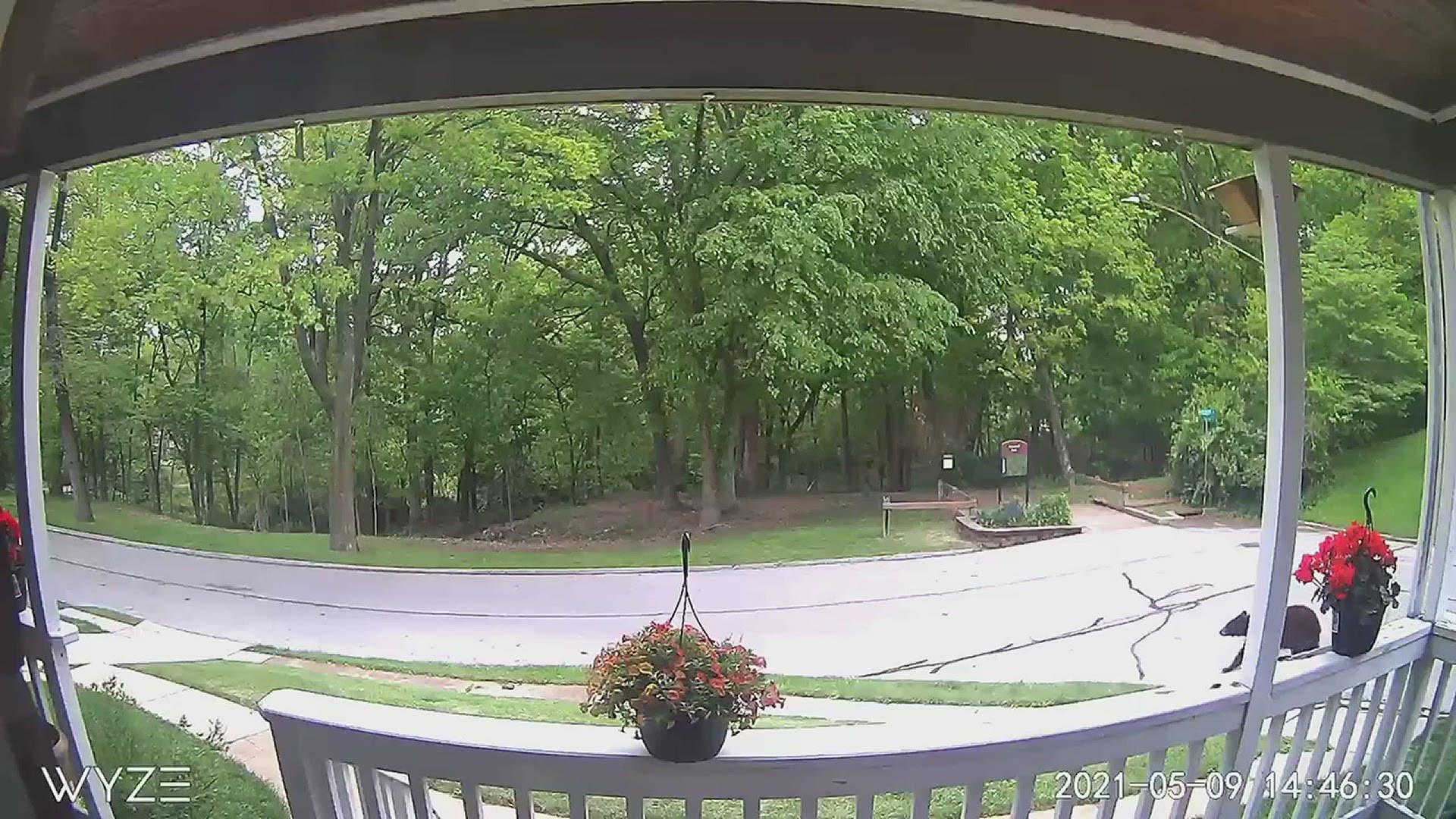 Carrie Boshans Smith shared some photos of a bear on Lawn Avenue at around 4:45 Sunday afternoon.

The Missouri Department of Conservation said it has received several reports of recent bear sightings in the St. Louis area.

Sightings have been reported in Fenton as well as in Jefferson, Franklin and Crawford counties. The department said the sightings are a reminder that black bears are becoming a growing part of the St. Louis regional landscape.

So, why the increase in sightings lately? The department’s research indicates Missouri is home to about 800 black bears and that population is growing by 9% each year.

RELATED: Black bear population in Missouri has nearly doubled in the last 7 years

“Most of our bears are found in the southern part of the state. That’s where we have the largest tracts of forested habitat,” said Tom Meister, wildlife damage control biologist for MDC’s St. Louis region.

The MDC map below shows reported bear sightings in 2019:

MDC's tips on how to avoid issues if a bear has been sighted in the area:

MDC tips to stay safe when outdoors in bear country:

For more information on black bears, visit the Missouri Department of Conservation website.