The hiker was mistaken by a hunter for a turkey Saturday afternoon while using a popular St. Charles County trail 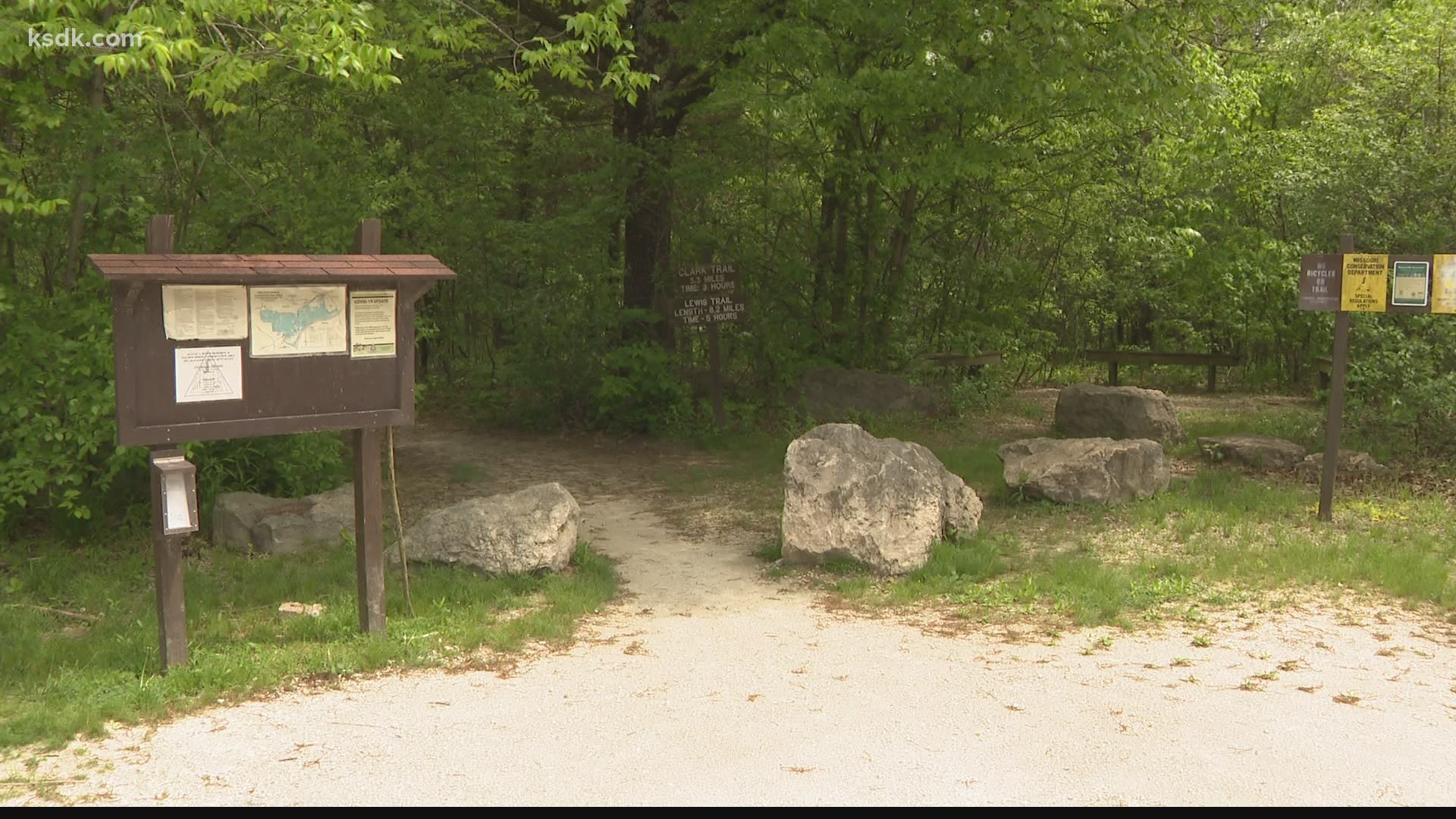 ST CHARLES, Mo. — A hiker mistaken for a turkey was accidentally shot in the chest Saturday afternoon by a hunter while using a popular St. Charles County trail, police said.

St. Charles County police said officers responded to the August A. Busch Memorial and Weldon Spring Conservation Area on Highway 94 just before 12:30 p.m. after dispatchers received a call that the man had been shot.

Rescue crews initially had to use a utility-task vehicle to reach the injured man. A medical helicopter transported the man to an area trauma center in serious condition, said Kyle Gaines, a spokesman for the St. Charles County Ambulance District.

"I could hear voices, and then I saw a hunter with a large rifle and dressed head to toe in camouflage clothes," said a witness, who asked not to be identified.

The witness said she also saw the wounded victim lying on a stretcher.

"He was covered with a yellow tarp. I could see ... his torso. He didn't have his shirt on, and (paramedics) were working on him," she said.

Nancy Phillips of St. Louis said she hikes regularly along the Lewis Trail loop, where the man was shot.

"This is a freak accident, I think. I always purposely wear my bright colors, so no hunters mistake me for anything," said Phillips.

A turkey hunt managed by the Missouri Department of Conservation was underway when the man was shot. Near the entrance to the trail, only a sign indicated the managed turkey hunt was going on until 1 p.m. Sunday is the final day of turkey hunting season in Missouri.

The incident remains under investigation by the Missouri Department of Conservation.