Other locations currently open in the St. Louis area are in Collinsville, Florissant, St. Charles, Litchfield and Farmington 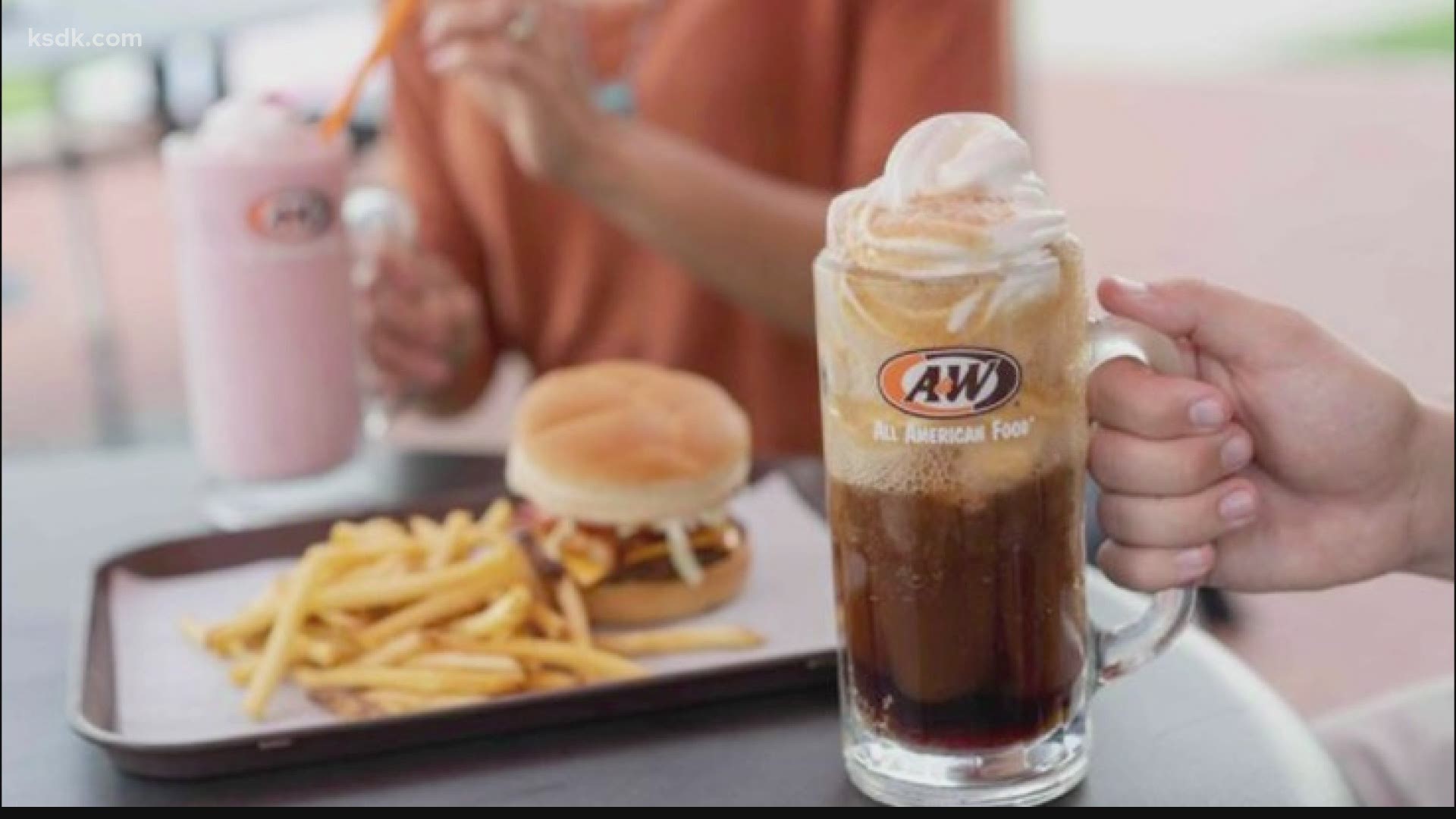 ARNOLD, Mo. — A&W Restaurants is planning a new location in Arnold and a previously announced restaurant will open soon in Belleville, which will give the chain eight St. Louis-area locations.

So far this year, the root beer and burger chain has signed agreements for nine new U.S. franchise restaurants. The company announced it will open new locations in Charlotte, North Carolina, and Las Vegas in addition to St. Louis.

Longtime St. Louis-area franchisees Jim Sill and Jim Sprick are adding to their A&W portfolio with the conversion of a former McDonald’s in Arnold. They also are converting a former bank building into an A&W in Belleville. The Belleville location will be their eighth A&W restaurant, officials said in a statement.

Other locations currently open in the St. Louis area are in Collinsville, Florissant, St. Charles, Litchfield and Farmington.

“Both new and current franchisees recognize A&W offers a unique opportunity,” said CEO Kevin Bazner in a statement. “A&W is amazingly popular with consumers, and the concept is extremely well suited to conversions and c-stores, which make getting a location up and running faster and more cost-effective."

A&W's same-store sales for the first half of the year in the U.S. are up 19.6% over 2020, which was the brand’s ninth straight year of comparable store sales growth. Since being acquired by franchisees nearly 10 years ago, comp sales are up more than 50%.