The move comes after Deli Star's production facilities, about 35 miles southeast of St. Louis, were destroyed by a fire in January 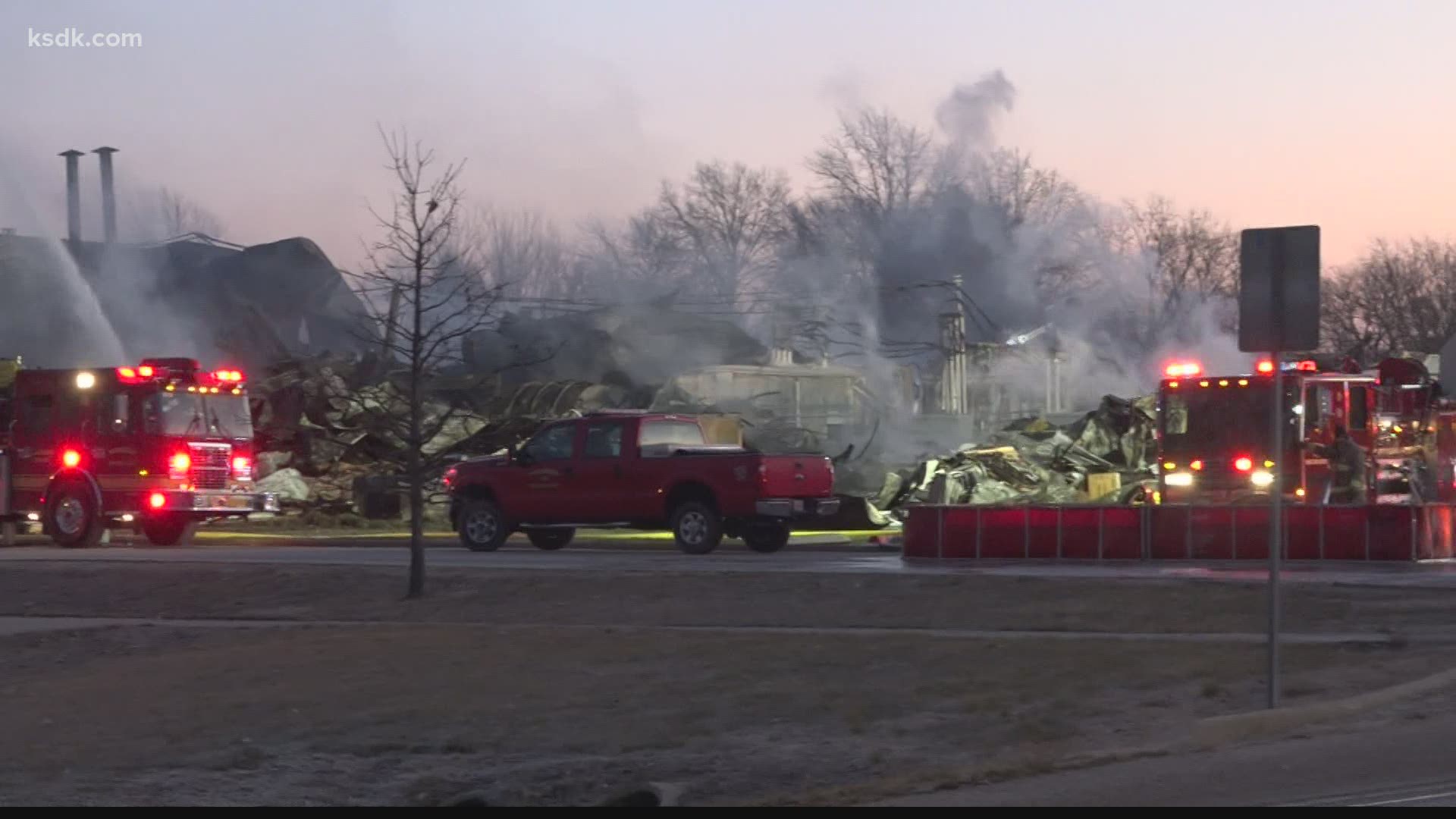 ST. LOUIS — Editor's note: The above video is from January, when the company's plant was destroyed by a fire.

A prepared meat manufacturer will locate a 110,000-square-foot facility, with 475 jobs, in the city of St. Louis, the state of Missouri said Tuesday.

Privately held Deli Star Corp., previously located in Fayetteville, Illinois, will begin construction this summer and then start production at the facility early next year, according to the state, which added that the move represents a capital investment of more than $99 million. The building will be located at 3049 Chouteau Ave., according to a release.

A spokeswoman for the state's Department of Economic Development didn't immediately respond to a question about the size of incentives available to the company. The state indicated Deli Star is eligible for subsidies under its Missouri Works and Missouri One Start programs.

The move comes after Deli Star's production facilities, about 35 miles southeast of St. Louis, were destroyed by a fire in January.