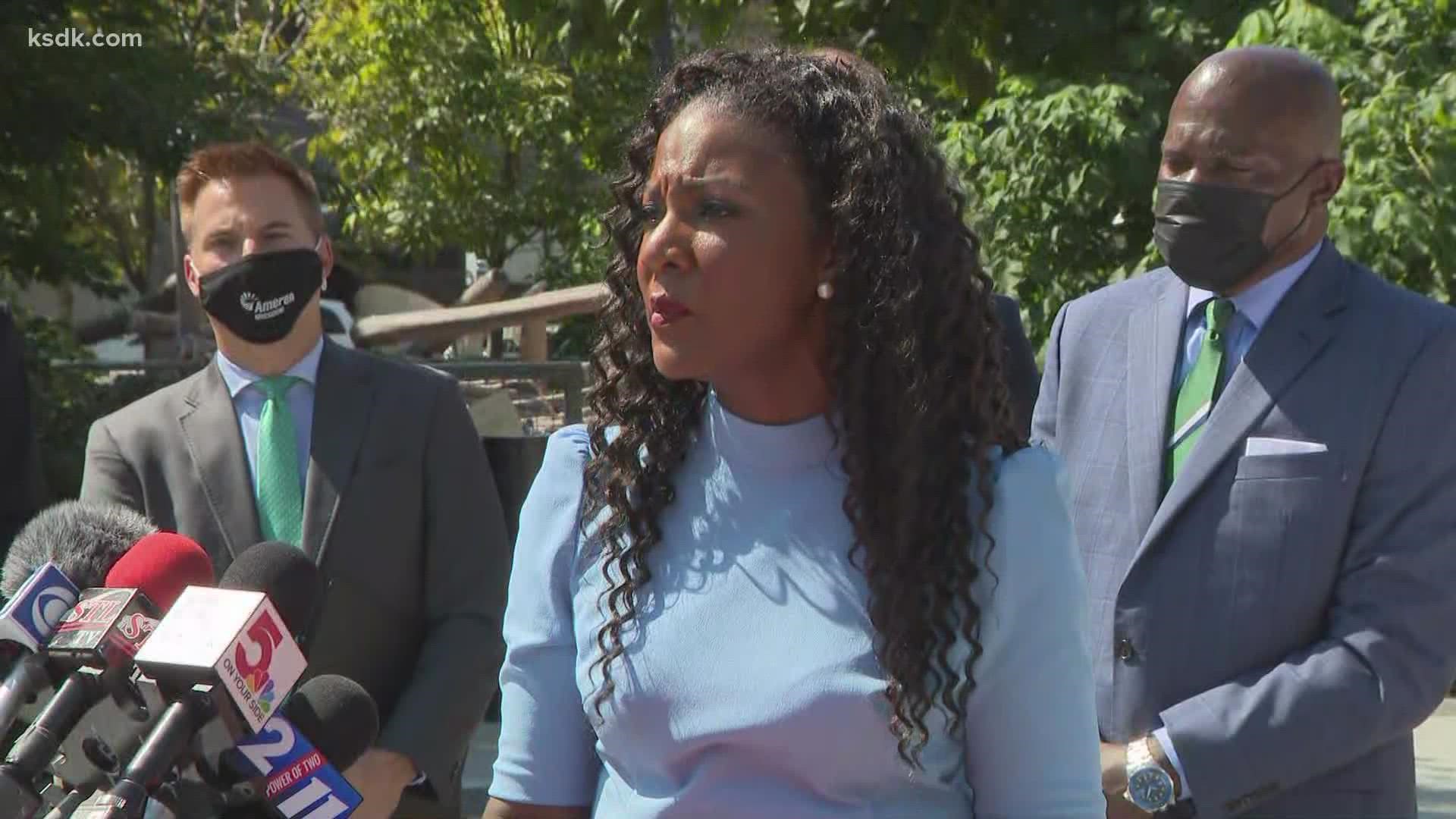 ST. LOUIS — A group of government and business officials on Tuesday announced the formation of a new task force that will meet weekly in a bid to improve safety in downtown St. Louis.

The announcement comes as crime has spiked in the central business district amid the pandemic, with high-profile incidents continuing to make news. Police on Tuesday, for example, reported that a St. Louis Blues prospect on Monday night was robbed at gunpoint on the Arch grounds.

Mayor Tishaura Jones said Tuesday at a press conference in Kiener Plaza that the new group will meet consistently and give public briefings on its plans and progress. She said downtown stakeholders had been working in silos, and that the new meetings would allow action to be taken more quickly. One official compared it with the formation of a task force of health officials that briefed the public on the Covid-19 pandemic.

"I see an idle downtown as a troublemaker's paradise," Jones said, adding that her administration is seeking to boost events in the neighborhood. "People want and should feel safe here. This is a both-and proposition. The health of our downtown directly impacts the rest of the city, and a strong urban core will help our region grow."

Click here to read the full story from the St. Louis Business Journal.