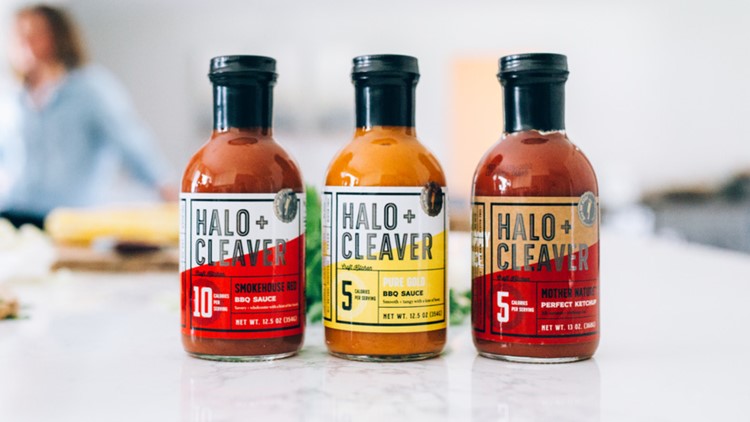 The sauce company's Mother Nature's Perfect Ketchup will be available at 96 Schnuck Markets stores beginning this month, while its two barbecue sauces will hit the shelves there in March. In addition, its two barbecue sauces are available at Harter House Markets as of this month and all seven of the brand's sauces can be found at one Lucky's Market location in Springfield.

In November, the company inked a new deal with Dierbergs Markets that put three of its products on the shelves in 25 stores. The company's full line of sauces is available at Supplement Superstores in St. Louis, Kansas and Illinois, as well as 18 additional retailers in the St. Louis area, said Matt Richard, founder Halo+Cleaver.

Richard said he has plans to continue pursuing expansion efforts in the St. Louis market and elsewhere. He has hired MarginWise Consulting and Darling Makery to help with those expansion plans.

Richard, who launched the company in February with his wife Audrey, has a bachelor's degree in biology and a master's degree in nutritional sciences, as well as an MBA from Washington University.