“There are people who are endangering people in their own communities"

According to the Chicago Tribune, the Democratic governor downplayed Republican cries of government overreach, saying the act is already part of state law. He also argued that a misdmeanor is a lighter penalty than ordering businesses to shut down or suspending licenses.

“There are people who are endangering people in their own communities, and we wanted to be able to give local officials, local law enforcement the ability to do what they needed to do,” Pritzker said, according to the Tribune.

The emergency rule change Pritzker filed late last week opens business owners to a Class A misdemeanor, which under Illinois law can carry a fine of $75 to $2,500 and up to 364 days in jail, the Tribune reported. The rule targets businesses such as restaurants, bars, gyms and fitness centers, salons and barbershops, according to the Tribune.

Illinois is under a stay-at-home order that's in effect until at least May 30. Pritzker earlier this month announced a five-phase reopening plan for Illinois that will allow certain parts of the state to open at faster rates than other parts, given COVID-19 cases, testing and hospital availability.

Last week he announced that all five regions of the state are on track to enter the third reopening phase by the end of the month.

RELATED: Illinois to be under stay-at-home order through May, with exceptions 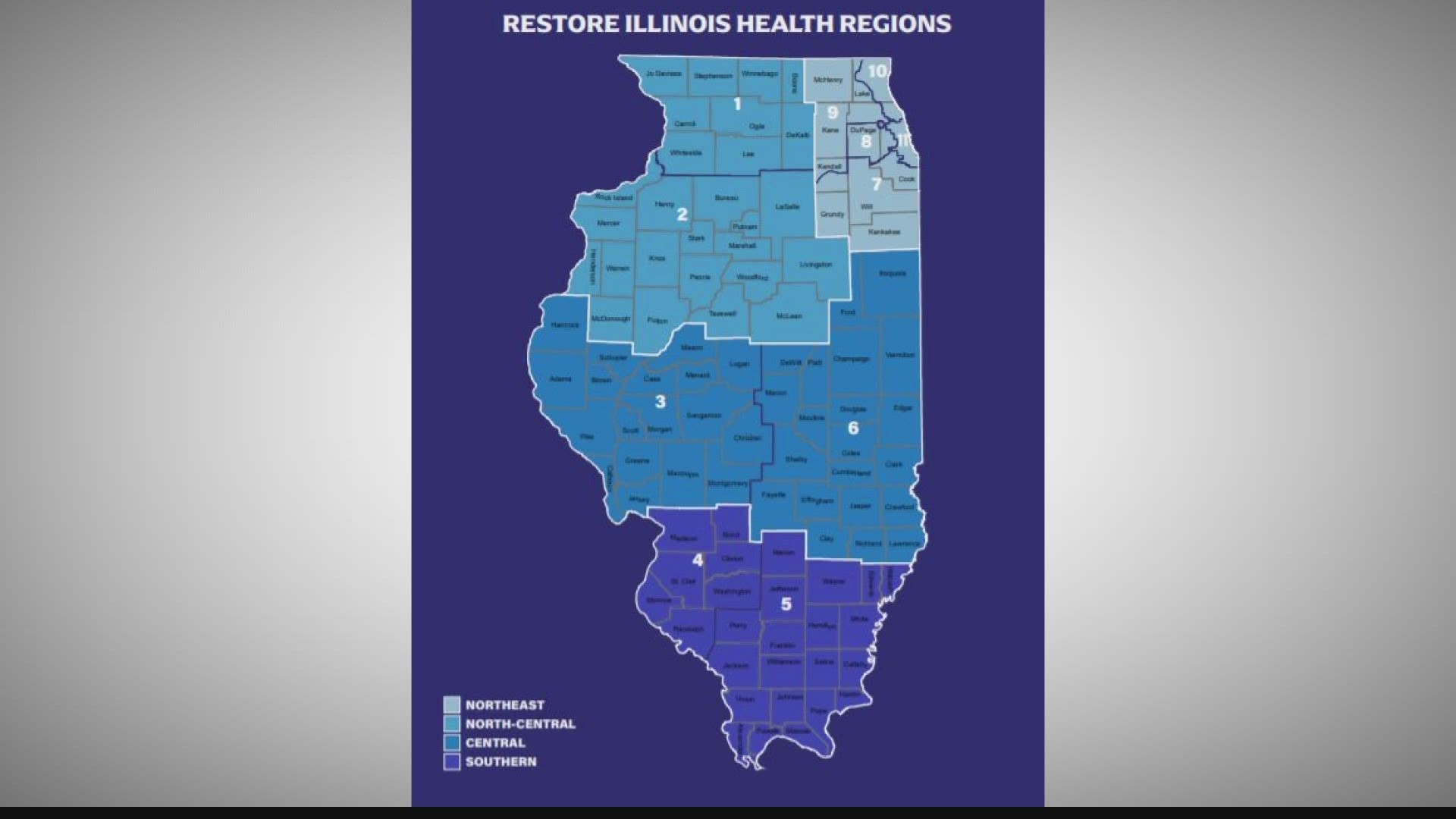