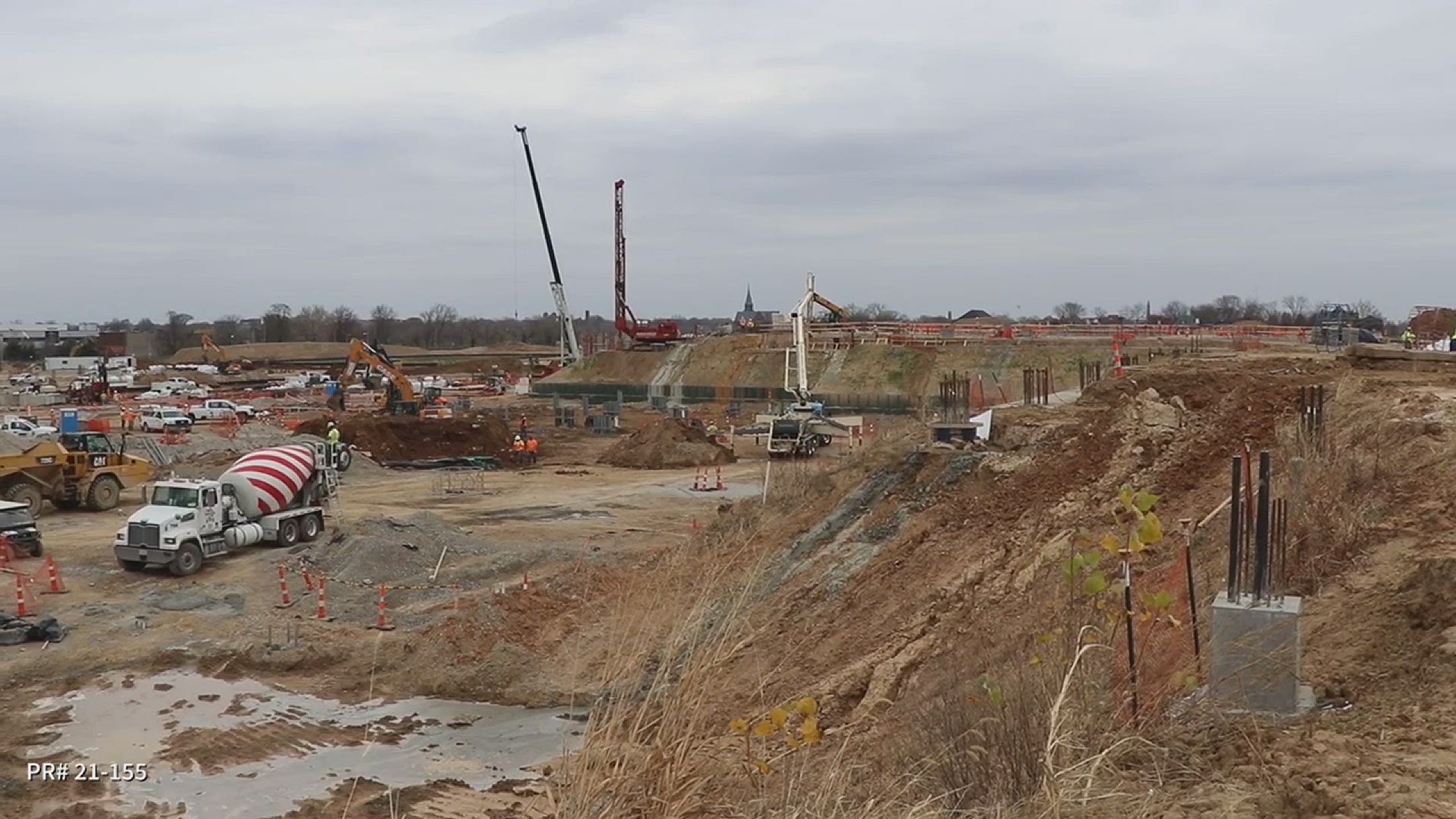 ST. LOUIS — By spring 2021, construction of the new $1.7 billion National Geospatial-Intelligence Agency campus will go vertical out of the ground, forming the bones of the new facility in north St. Louis.

Then, the construction team of McCarthy HITT JV will begin steel erection in St. Louis Place at Jefferson and Cass avenues. Much of 2020 was spent conducting mass grading and installing the foundation of the new western headquarters of NGA, officials said Tuesday during a media briefing of the project. Foundation work is still underway.

The Next NGA West campus will include a 700,000-square-foot office building, two parking garages, a visitor center, a delivery inspection facility and secure entrance/exit points.

The project remains on schedule and the campus is slated to become operational in 2025, as planned, officials said.