Church in St. Louis County damaged after truck crashes into it, 2 injured 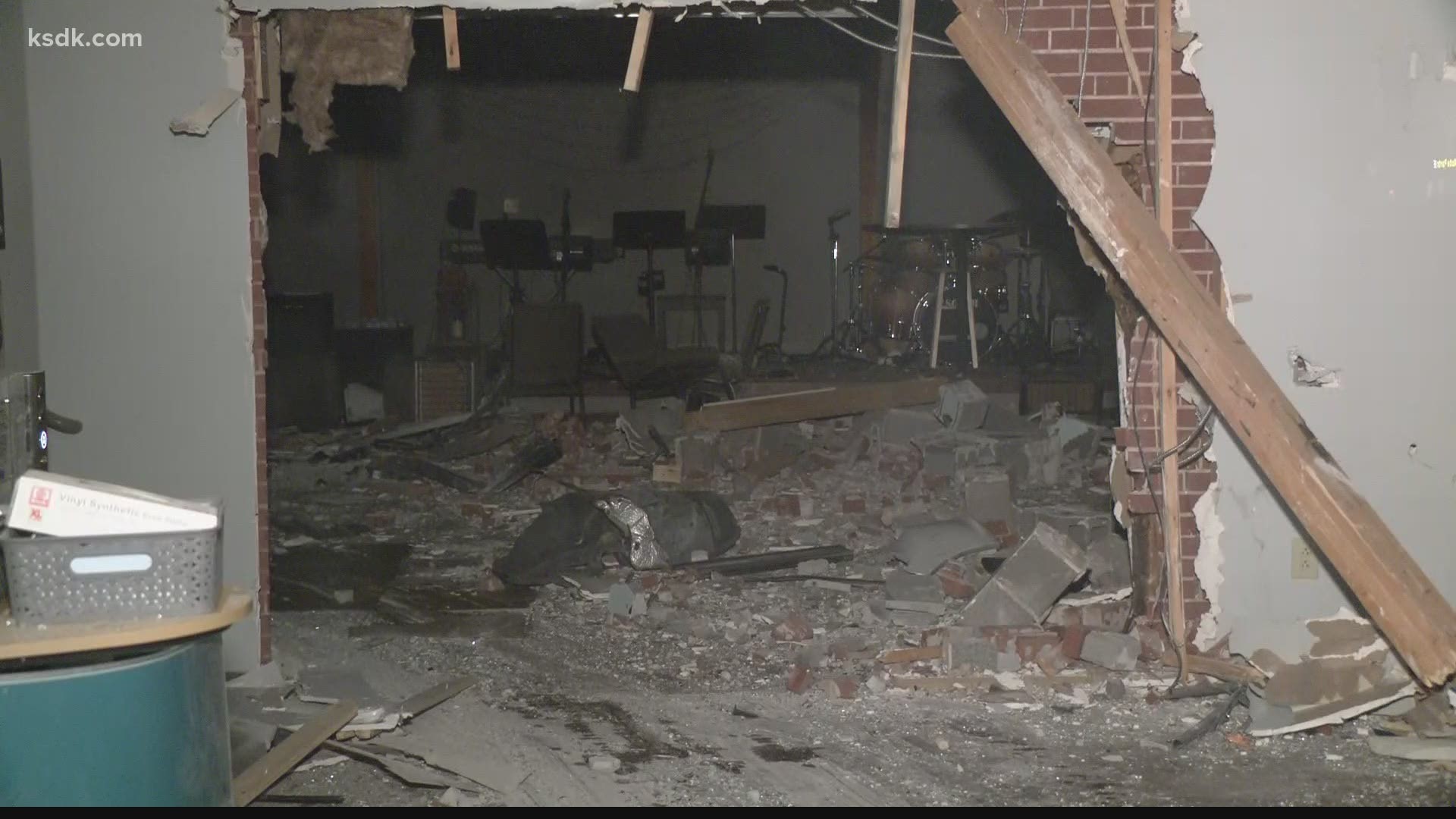 ST. LOUIS COUNTY, Mo. — A church in Mehlville was damaged after a truck crashed into it on Monday evening.

According to a spokesperson from the St. Louis County Police Department, officers responded to Hope Vineyard Church at 2923 Telegraph Rd. just before 6 p.m.

A 40-year-old man was driving a pick-up truck on Telegraph when he became ill, police said. His truck crossed the roadway, entered the parking lot of the church and eventually crashed into the building.

The driver was taken to an area hospital with non-life threatening injuries.

A 66-year-old man inside the church was hit by debris from the crash and was also taken to the hospital with non-life threatening injuries.

A building inspector was requested to the church.

RELATED: 'It's rare, but it can happen' | Pediatrician reacts to Missouri's first child COVID-19 death