"The Marxist liberal activist leading the mob to our neighborhood stood outside of our home screaming you can stop the revolution," said Mark McCloskey 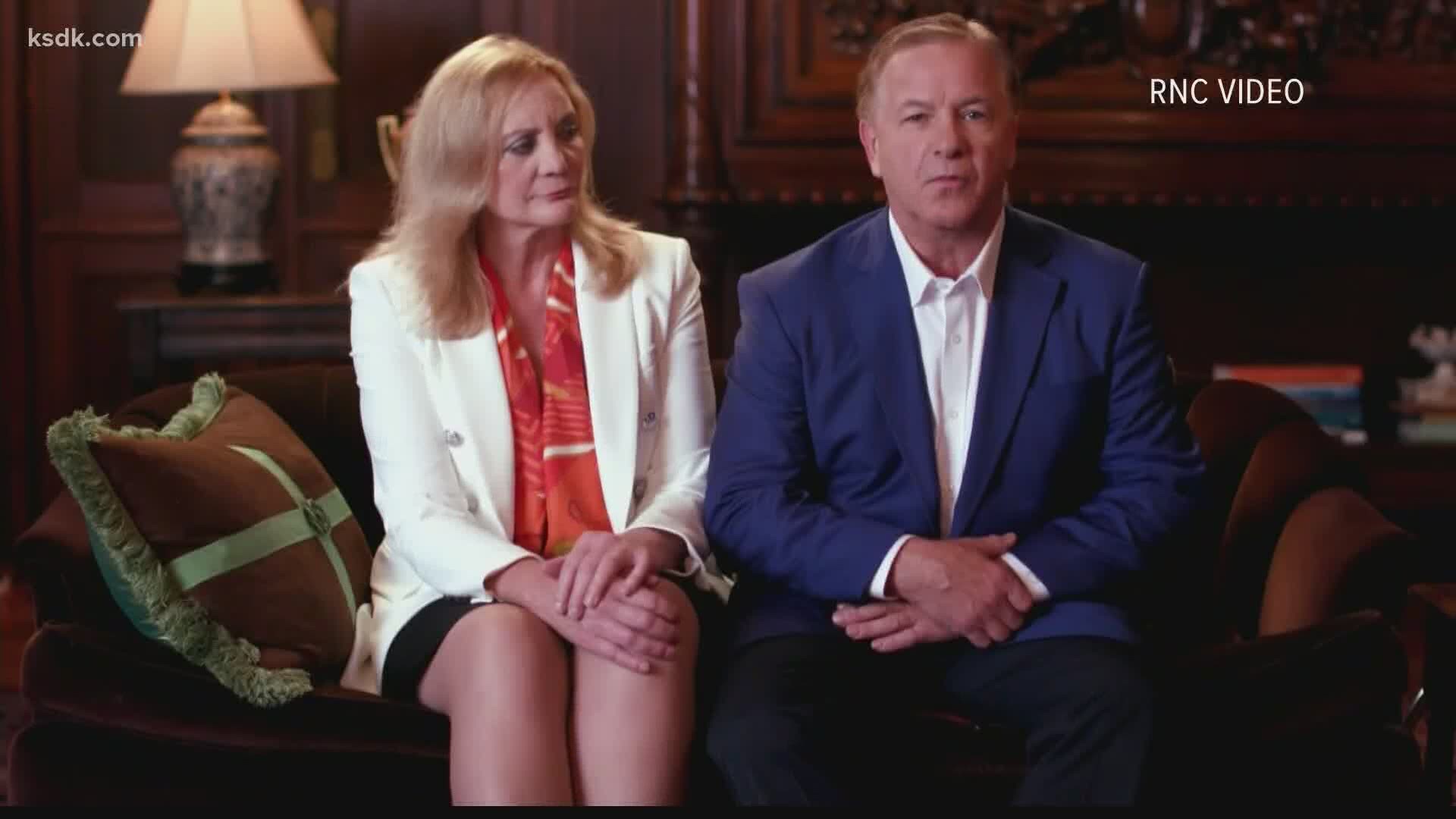 ST. LOUIS — Mark and Patricia McCloskey's speech on Day 1 of the Republican National Convention, drew both praise and criticism. However, it was their focus on another St. Louisan that's drawing controversy.

"The Marxist liberal activist leading the mob to our neighborhood stood outside of our home screaming,  'You can't stop the revolution,'" said Mark McCloskey.

It was June 28, on Portland Place where the lives of the McCloskeys and Cori Bush crossed paths for the first time.

Bush was a part of a group of protesters walking past the McCloskeys' home on their way to see the mayor.

"Just weeks later, that same activist won the Democrat nomination to hold a seat in the U.S. House of Representatives," said McCloskey. "The radicals are not content just marching in the streets. They want to walk the halls of Congress. They want power."

The Democratic nominee for Congress responding to the claims first on Twitter,
then in person.

"The first thing I had to do was laugh at it, because you just raised visibility for our movement," said Bush. "I don't think they know what a Marxist is—to call me one and then a Marxist revolutionary (and) Marxist liberal. What is a Marxist liberal?" asked Bush.

Bush says not only were the Mcloskeys misinformed, she says their statements are also dangerous.

The two parties, both St. Louisians, couldn't be more different with their own ideas about what's best for the city.

"Make no mistake: no matter where you live, your family will not be safe in the radical Democrats' America," said Patricia McCloskey during her RNC speech.

"Stop lying. Just stop lying, and figure out how you can help St. Louis," said Bush.

Bush said after the speech she believed there were people who were viewing her as a danger that does not need to be here.

The McCloskeys say they've been getting threats, too.