“It's peace, it's about peace. We're calling for peace in the city, the gun violence has to end,” said Dorn, widow of former police captain David Dorn 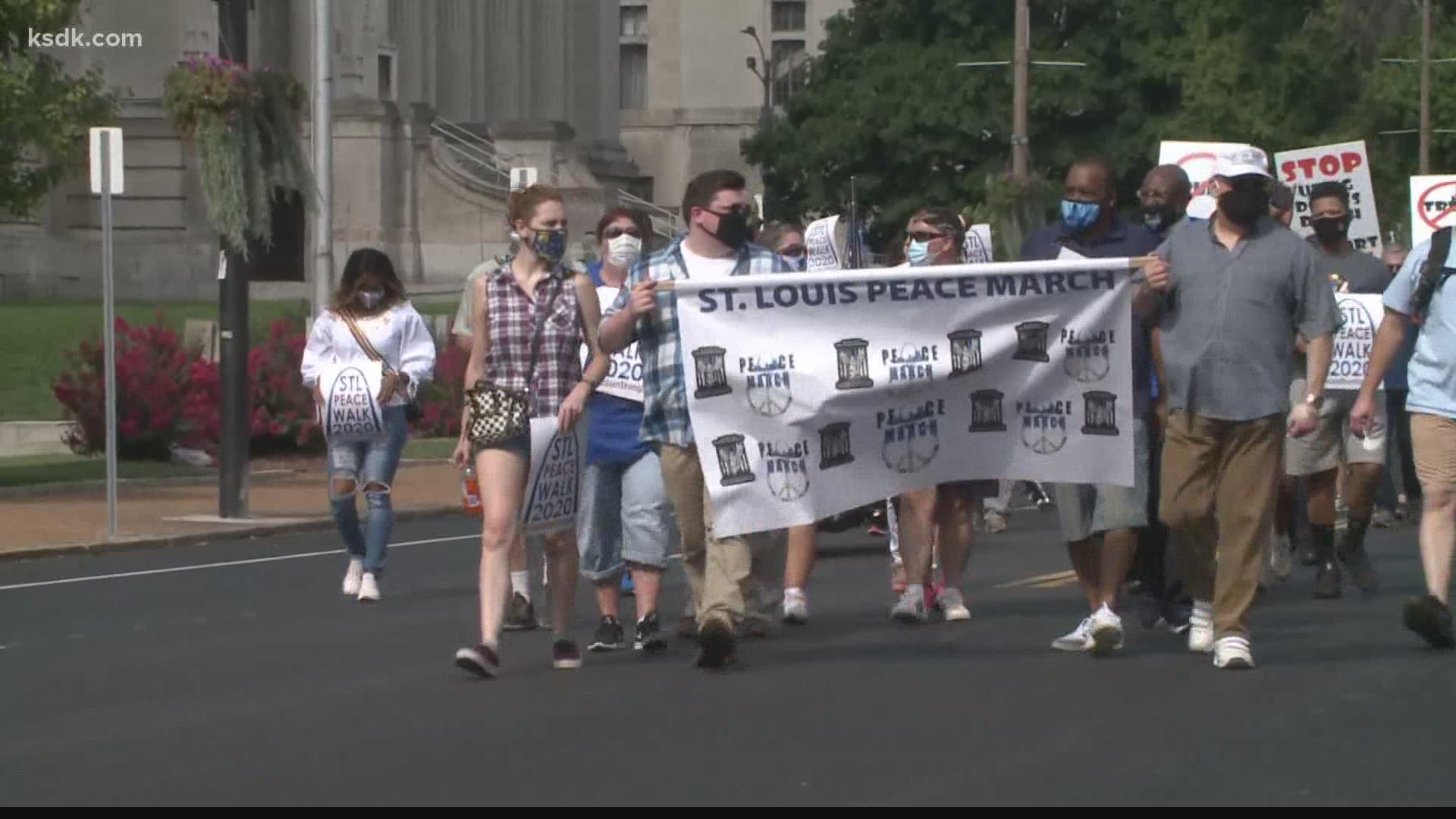 ST. LOUIS — Less than 48 hours after her speech at the Republican National Convention, Ann Dorn is renewing her calls for peace.

“It's peace, its about peace. We're calling for peace in the city, the gun violence has to end,” said Dorn, widow of former police captain David Dorn.

Saturday Dorn led a group called St. Louisans against violence as they marched through downtown.

They were honoring fallen police officers and others killed in violent crimes.

“David was the love of my life and on June 2, he was murdered,” said Dorn to the crowd.

Dorn was working security at a pawn shop at the time.

“We need to help restore peace in our city and across our country,” said Dorn,

“My father would be appalled at what is going on right now, this is not the type of man he was,” said Lisa Dorn, David Dorn's daughter.

Dorn’s daughters marched alongside their stepmother with a message of their own.

Marching alongside Ann Dorn and people wearing “bridge the blue” shirts are David Dorn’s daughters in counter-protest. Ann speaks at the end of the clip. @ksdknews pic.twitter.com/1Fi0nPfLpV

“If you look around here, look and see whose at this march, and who is peace for,” said Debra White, another of Dorn's daughter.

They disagreed with Ann speaking at the republican national convention and with the lack of diversity at Saturday’s march for peace.

“We want our father to rest in peace, we feel this is a way to embody another trump photo op," said Dorn. “I want peace, i want law and order, i think everyone wants peace and law and order . we just want it for everyone and not a select group of people.”

5 On Your Side asked Ann about this and if peace was possible--  within the Dorn family.

“I don’t want to air any family problems that we might have, I'm not sure what they’re issues are so im not going to speak on that at this time. i just know what my message is and my message has been about peace. one political party did give me a national platform to speak on … and I took that,” said Ann Dorn.