4 people killed in crash on I-64 in St. Charles County were from Louisville, traveling for volleyball tournament

A pickup truck going eastbound crossed into the westbound lane 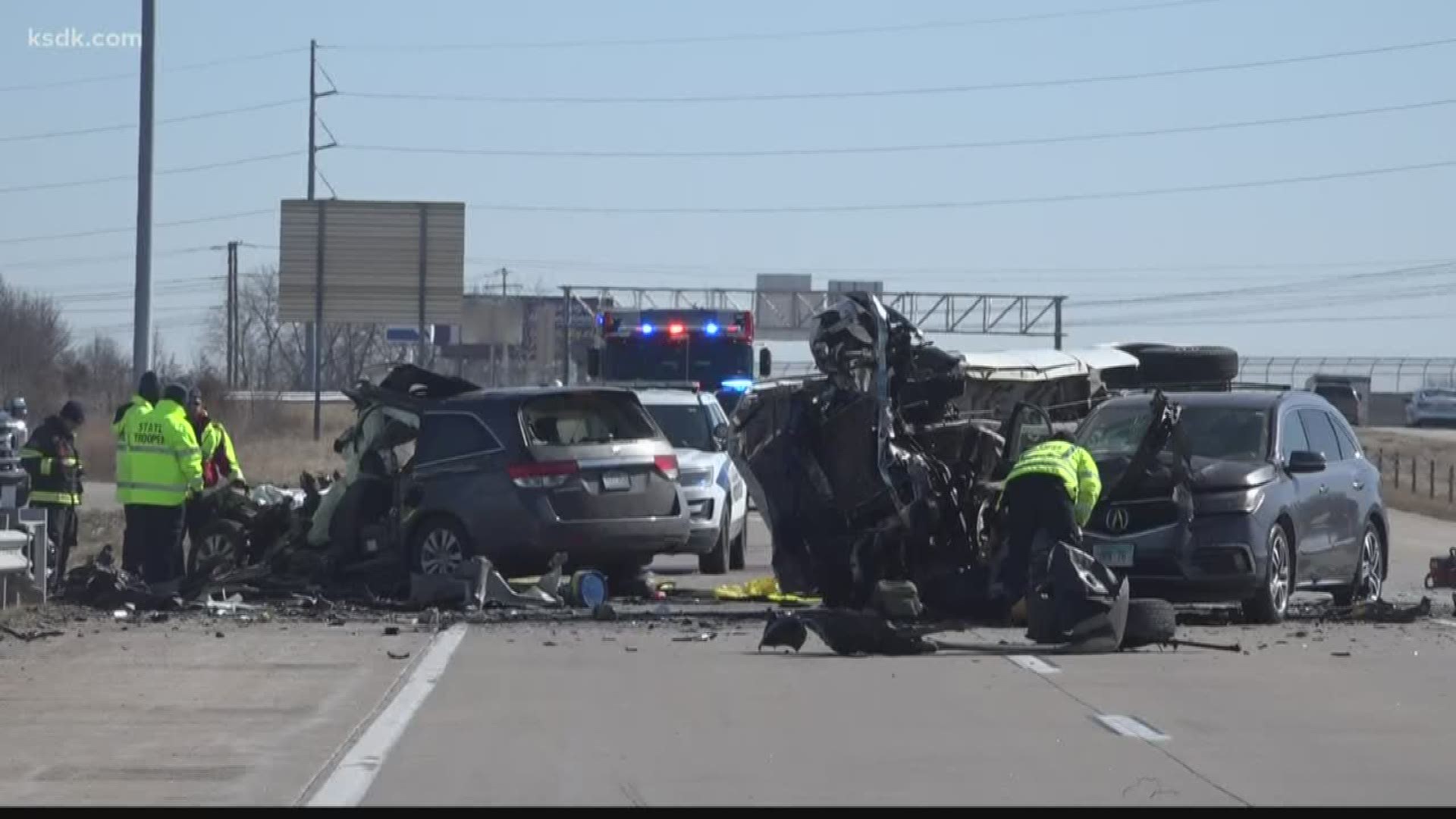 Lohmar said authorities are awaiting toxicology reports on the driver who caused the crash, and that the driver has a history of drug charges.

"They were all transported to hospitals as fast as possible. And, of course, it’s hard to identify kids when they don’t have IDs on them and the two adults are dead,” Wheetley said.

A Highway Patrol Crash Report identified the adult victims as 44-year-old Carrie McCaw and 44-year-old Lesley Prather. The young victims were not identified in the crash report.

In a Facebook post, Kentucky Indiana Volleyball Academy said the four victims were on their way to a volleyball tournament in Kansas City when the crash happened. The post also identified the young victims as Kacey McCaw and Rhyan Prather.

All four victims were from Louisville, Kentucky.

The driver of the pickup is in the hospital with non-life threatening injuries and is expected to survive, Wheetley said.

There was an Acura behind the minivan that was also involved in the accident. The two people inside were taken to the hospital with non-life threatening injuries.

"Just looking at the damage of the vehicles, it was a horrendous impact," said MSHP Cpl. Dallas Thompson. "And the people in the minivan, they probably didn't even have a chance to avoid the crash at the time."

The accident happened on westbound I-64 near Route N, which is near Lake St. Louis.

"The barriers do a really good job of stopping vehicles. That's what they're designed to do," Thompson said. "Sometimes, depending on how fast the vehicle was going or if it might have been rolling when it went into the median, it could've landed on top of those cable barriers and continued through. It's not uncommon to see them go through the barriers, but the barriers are designed to stop them if possible"

Video from Sky 5 shows the white pickup truck on its side. The two other vehicles involved are a minivan and an Acura SUV. 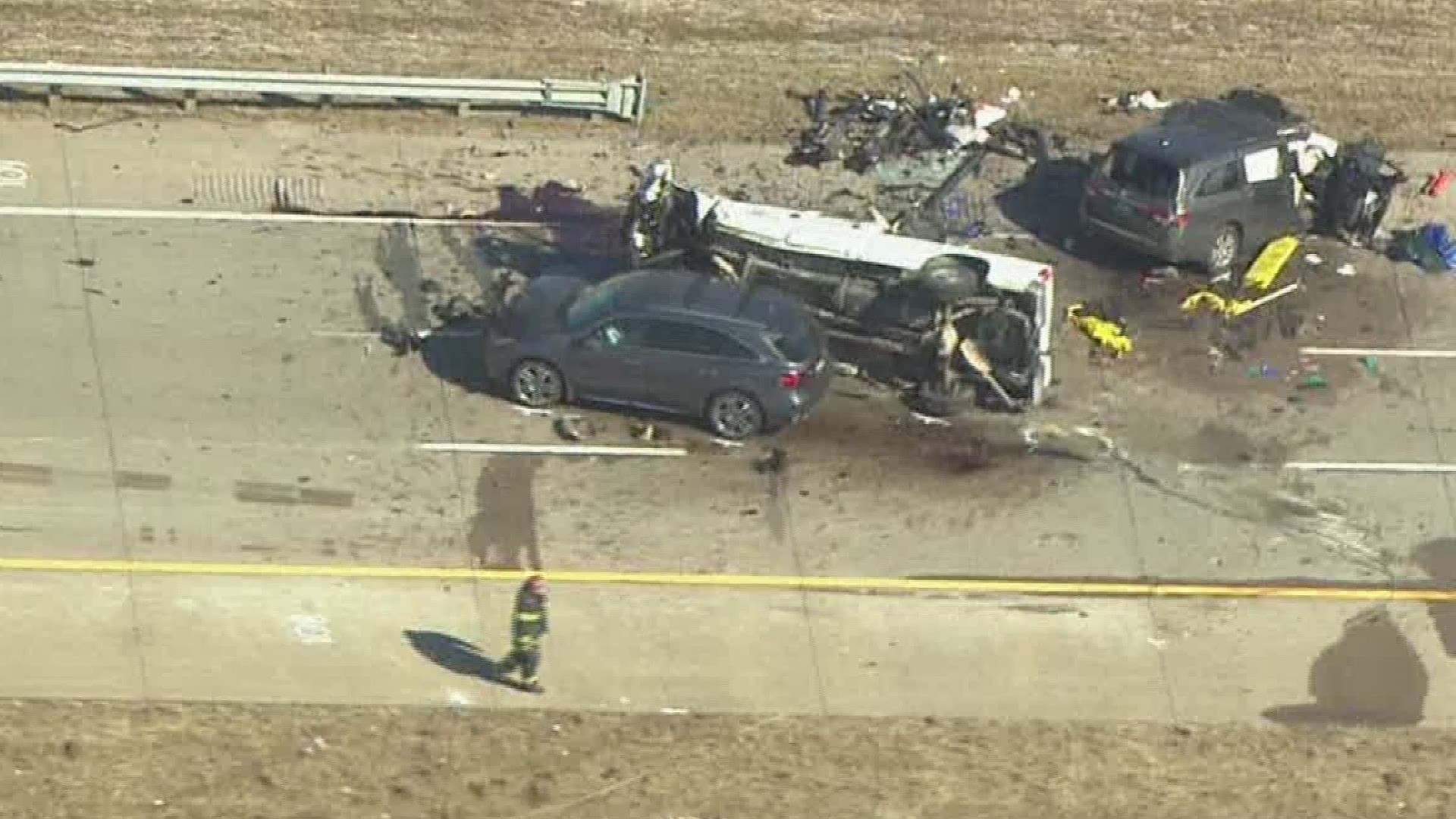