The magnitude 4.0 quake could be felt in parts of the metro St. Louis area 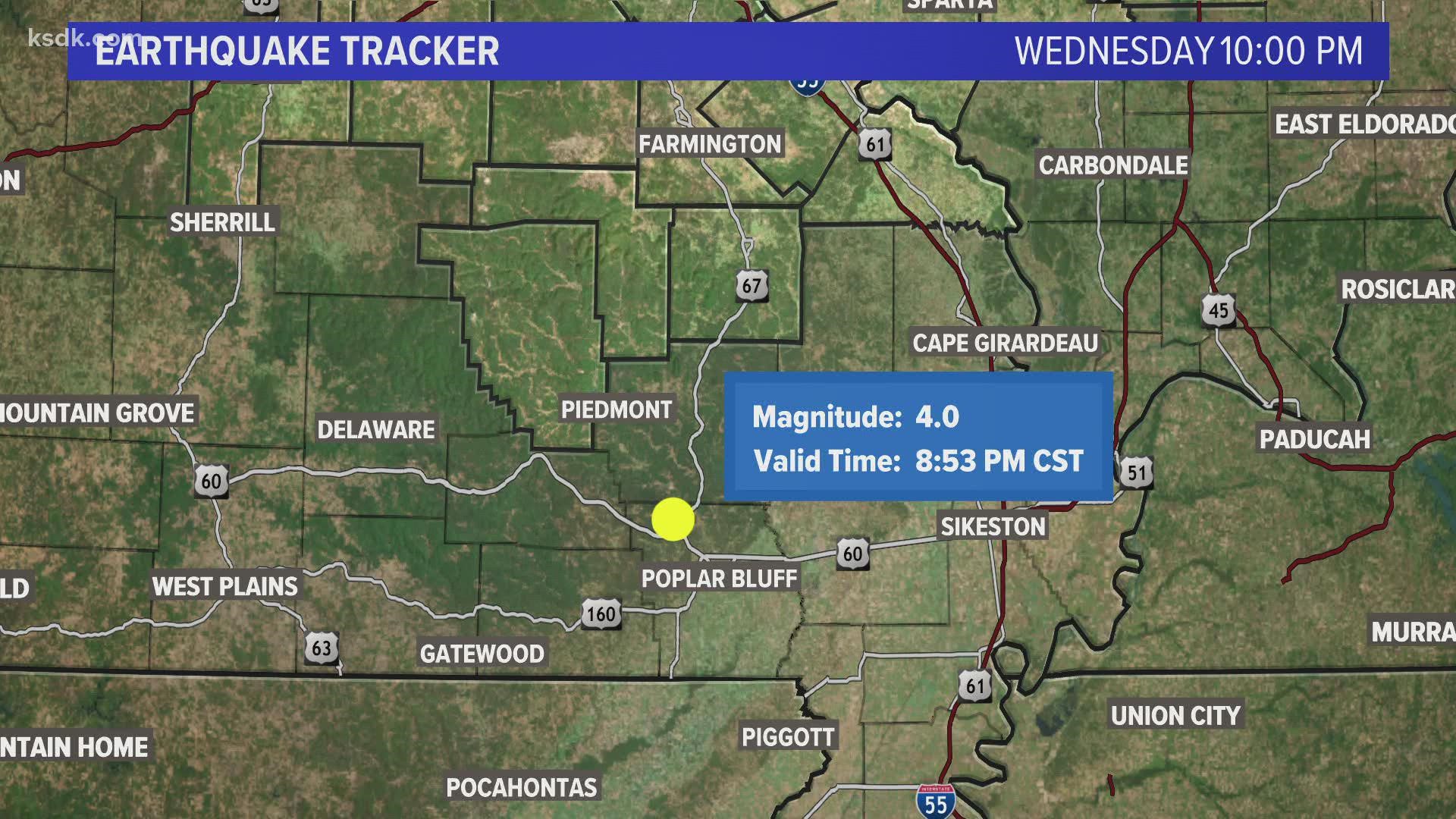 This quake isn't strong enough to cause damage and is in the area of the New Madrid Seismic Zone.

The St. Louis area is close to both the New Madrid Seismic Zone and the Wabash Valley Seismic Zone. It is not unusual for small earthquakes to occur in these areas several times a year.

There are many faults in this region and the quake was deep underground over 9.5 miles below the surface.

Most of the earthquakes are so small, few people even notice. Occasionally, a slightly stronger quake will occur and can be felt for longer distances due to the quakes being so deep underground and the bedrock that lies under the middle part of the country.

What do you do if you feel the ground begin to move below your feet? DROP, COVER, HOLD