"They proceeded to step on me, kick me, stand on my neck and face," said Bobby Golden. He says Tony Moutray also put his fist through his passenger side window. 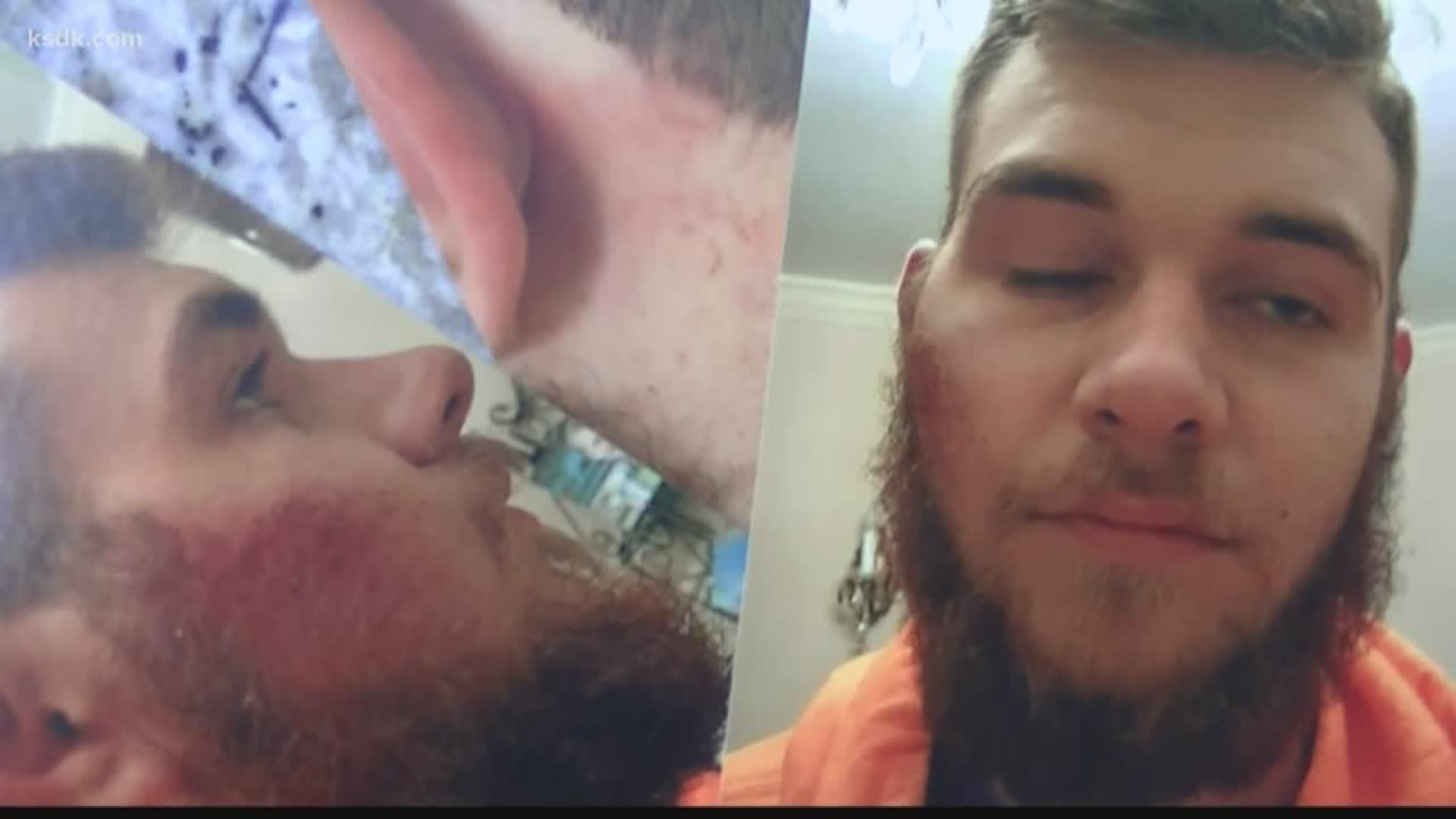 PEVELY, Mo. — The chief of police in Pevely, Missouri, was placed on leave this week during an investigation into allegations he beat his wife.

But, this isn't the first time he's been accused of beating someone.

A Festus family said the same guy stomped, kicked even stood on their son's face. Now, for the first time, they're breaking their silence to share their story.

"It’s just like a light switch. He can be good or he can snap and be your worst enemy," said Bobby Golden.

"We were just backroading. We stopped at a gas station," said Golden, recounting November 17, 2016. That's the night he and several friends say they encountered Moutray.

He said as soon as they pulled away from the gas station, they noticed an older black car tailing them closely. Golden said he slowed down below the posted speed limit.

"This isn't a cop car. I pulled over to the side of the road thinking they were going to pass. Three people get out dressed in blue jeans. We could see they had guns in their hands," said Golden.

Moutray, a police captain at the time, was one of the three men according to a civil lawsuit. The lawsuit also claims none of them identified themselves as police officers.

Golden said he fled, in fear for his life. He drove a mile down the road until he flagged down a marked Herculaneum police car for help. Golden said Moutray and the other offices followed in their unmarked car.

Soon, four officers surrounded Golden's car and ordered him and his friends to get out. He said he was confused, but he complied.

"They proceeded to step on me, kick me, stand on my neck and face," Golden said.

He said Moutray also put his fist through his passenger side window. Court documents also claim Moutray told the other officers to turn off their body cameras.

A search of Golden's car found nothing illegal and he faced no charges. Pevely officials say Moutray and his fellow officers were never disciplined as a result of the incident.

"He was just real aggressive, like he was trying to prove he was a higher power than me," said Golden.

Golden's family sued the city, Moutray and the other officers over the alleged incident.

In August 2018, the city of Pevely settled the lawsuit for $300,000 but neither the officer or the city admitted any fault in the matter. Later that month, Moutray was officially named Police Chief.

Golden and his family said they believe there are others who've had the same experience.

"I've seen first hand how violent he can get and then turn around and be nice. I know he's going to continue to do this throughout his life," said Robert Golden, Bobby's father.

"It's a continuing violent pattern he's leading. He is definitely a person that is full of anger and he can snap at any given time," said Jennifer Golden, Bobby's mother.

Moutray's attorney did not respond to requests for comment.

The Goldens are planning to take this case to the justice department where they hope to get criminal charges filed.

Moutray has been placed on paid leave pending a full investigation into domestic assault allegations involving his wife.