'We all loved those kids': Family devastated after 5 children killed in apartment fire in East St. Louis

"Our family has never taken a hit like this. We are devastated and broken," said Sheila Dunigan. 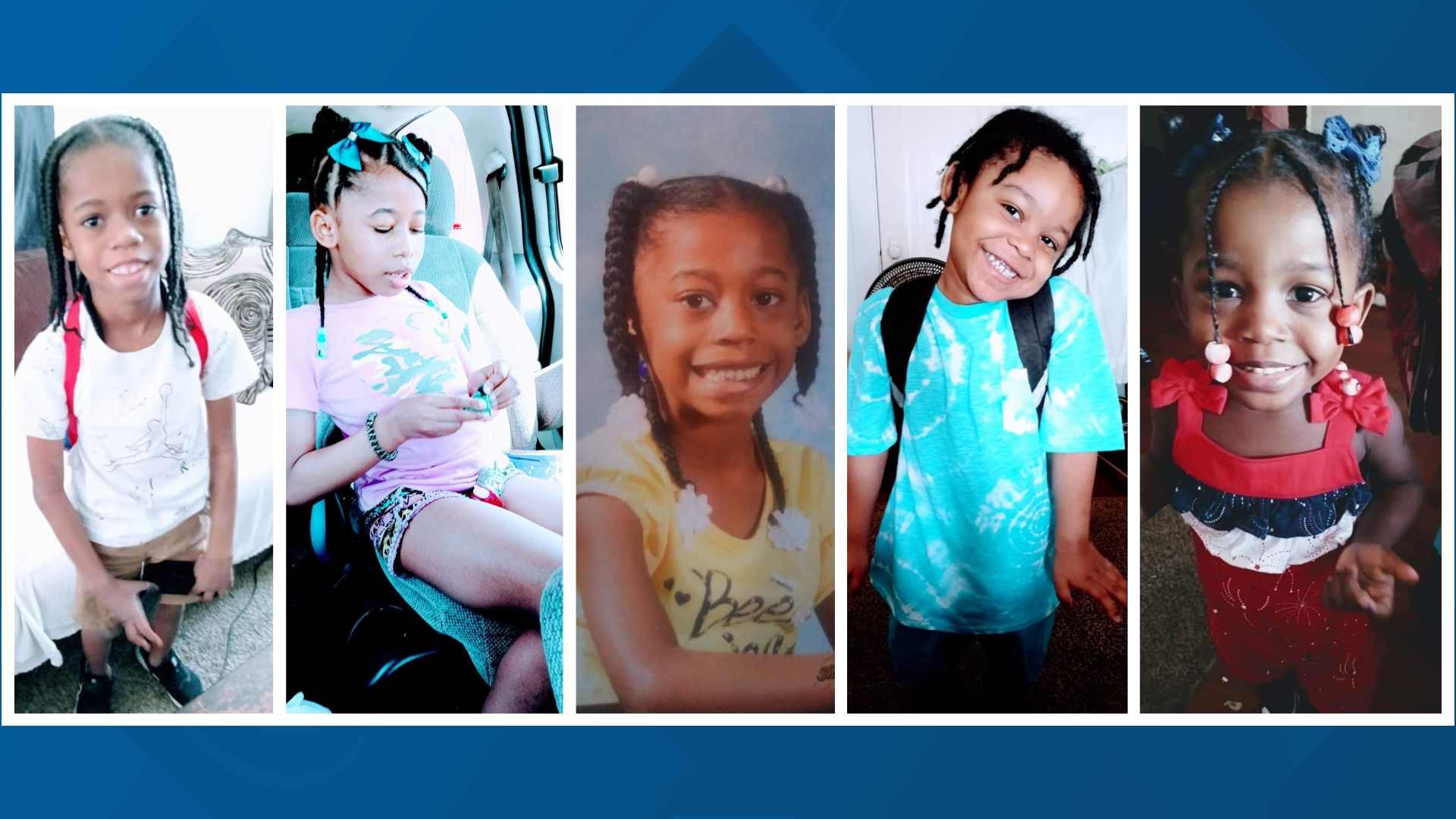 Dunigan and her family are mourning five young loved ones who died in an apartment fire in East St. Louis on their mom's birthday.

"Our family has never taken a hit like this, ever. We are devastated. We are broken," said Dunigan.

They say their mom is 34-year-old, Sabrina Dunigan.

Investigators say around 3 a.m. Friday, flames broke out inside the family's second-floor apartment on North 29th near State Street.

They say the children's mother was not home at the time because she left to pick up another adult from work. Firefighters say when the mom returned, she ran back inside the burning unit to try to rescue her children, but she could not reach her three daughters and two sons in time.

Relatives say the family lived at the home for about a year.

"No one knows the facts about anything. We're asking people to let us mourn," added Sheila Dunigan.

"I just want everybody to pray for my niece because this is a tragedy," said Etta McCray, the mom's aunt.

A year and a half ago, 5 On Your Side interviewed Sabrina Dunigan after she told investigators her boyfriend, at the time, intentionally set her home on fire.

A family member says "that case was settled."

"And thank God no one was hurt then," said Sheila Dunigan.

Hours after Friday's fire, friends, neighbors and community leaders gathered at the scene for a prayer vigil. It was their way to comfort the hurting family.

"God we just ask that you wrap your loving arms around this family," a preacher said during the vigil.

Meantime, there were lots of tears and hugs just feet away from a growing memorial for the five little ones who lost their lives.

"We just got to trust God no matter what it looks like. He's our strength," said Etta McCray, the mom's aunt.

Sabrina Dunigan is now staying with her relatives.

Investigators believe the fire started in a front room of the family's apartment.

The cause remains under investigation.