The driver of the vehicle cooperated with investigators, police said 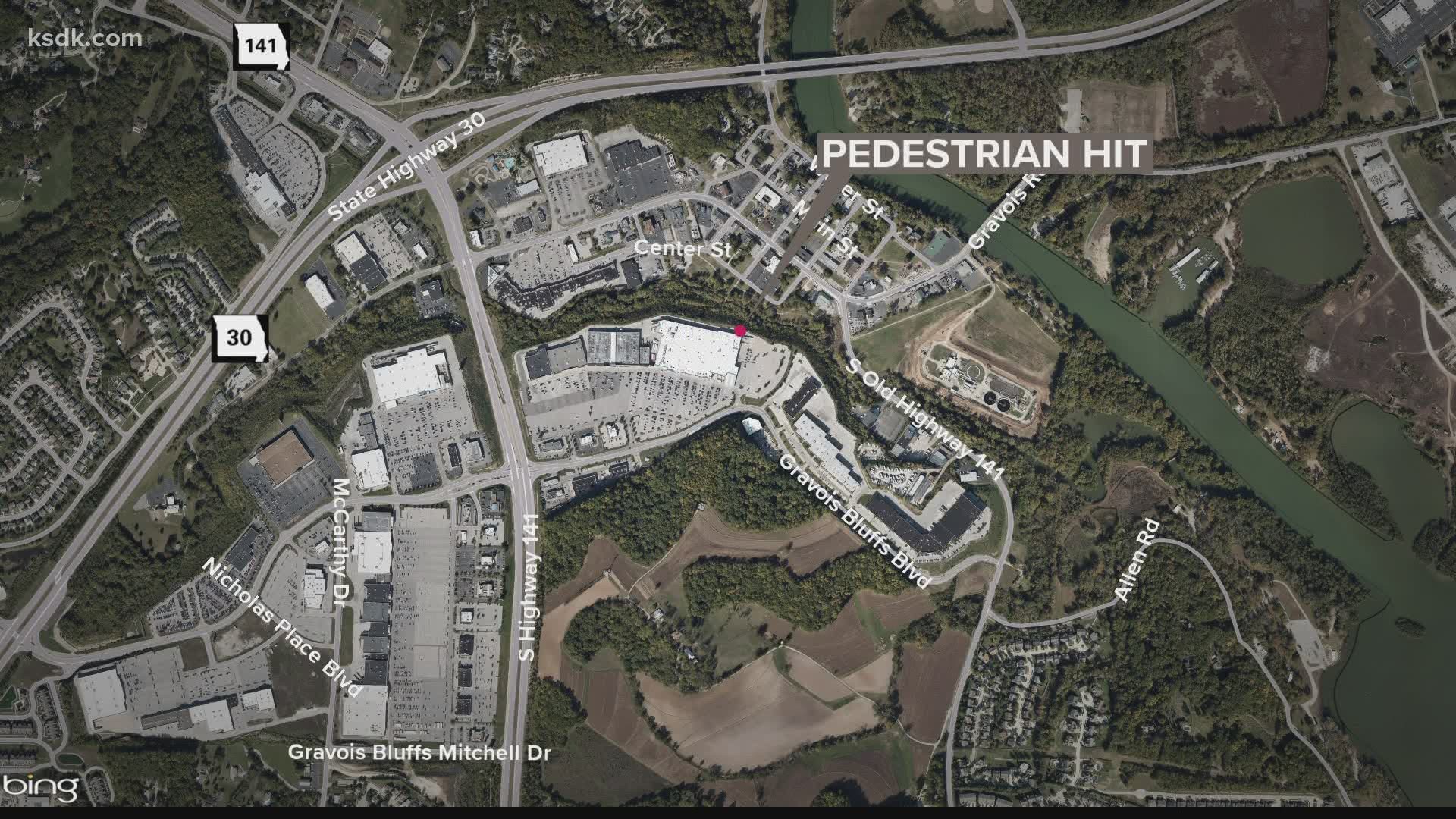 FENTON, Mo. — A pedestrian was hit and killed by a car Thursday night in a parking lot in Fenton.

According to the St. Louis County Police Department, officers responded to the 600 block of Gravois Bluffs around 6:35 p.m. after a man was hit by a car.

Police said the man was transported to an area hospital for life-threatening injuries and was pronounced dead.

He was later identified as 59-year-old Thomas Bertel of High Ridge.

The driver of the vehicle cooperated with investigators, police said.

The St. Louis County Police Department’s Bureau of Crimes Against Persons is leading the investigation.

Anyone with additional information on the incident should contact the St. Louis County Police Department at 636-529-8210 or to remain anonymous or potentially receive a reward, contact CrimeStoppers at 1-866-371-8477.