Firefighters from at least five departments — including the city of St. Louis — were battling the flames early Wednesday morning. 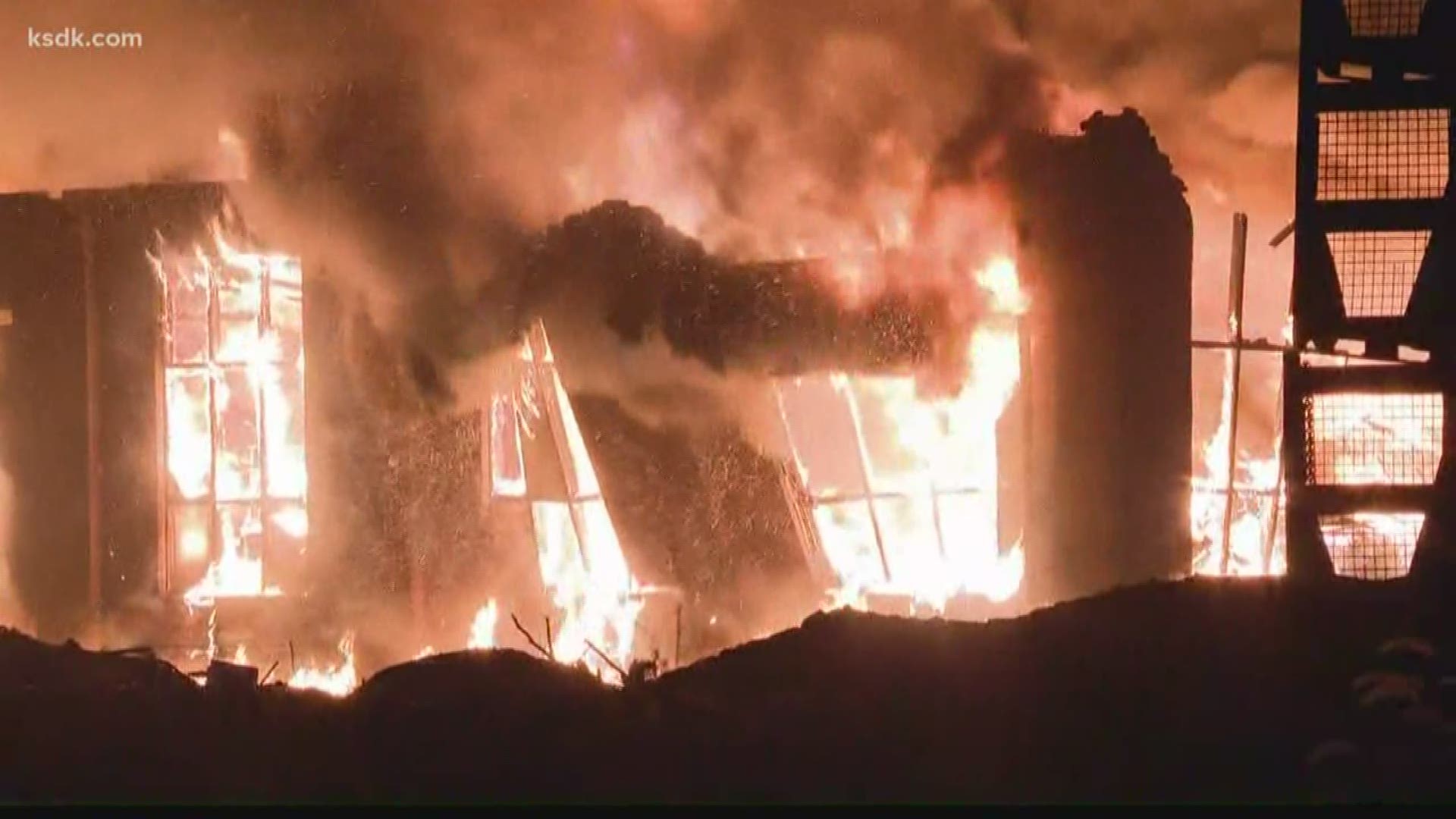 MADISON, Ill. — A fire early Wednesday morning in a Metro East industrial park forced the evacuation of homes in the surrounding area.

Firefighters from at least five departments — including the city of St. Louis — battled the three-alarm fire, which began shortly after 2 a.m. on Fox Industrial Drive.

The fire is at Interco, a global recycling company stationed in Madison that recycles metals, computers and electronics.

The building sits right next to MB Steel, which specializes in steel framing and fabrication.

Several "popping" sounds were heard by a 5 On Your Side photojournalist, and flames were visible for miles.

Firefighters did not immediately provide a cause of the fire.

Anthony Newson lives right across from the recycling center. He said he was woken up by a couple of loud booms.

"I look out my door and it was like an inferno. I mean, fire everywhere. Never seen anything like it," he said.

Newson was gathering up belongings and getting ready to leave when first responders came to his door and told him he needed to evacuate.