The I-Team discovered a glitch in the city's parking ticket system that may mean you have more tickets than you think. We uncover the mystery behind 'secret tickets' 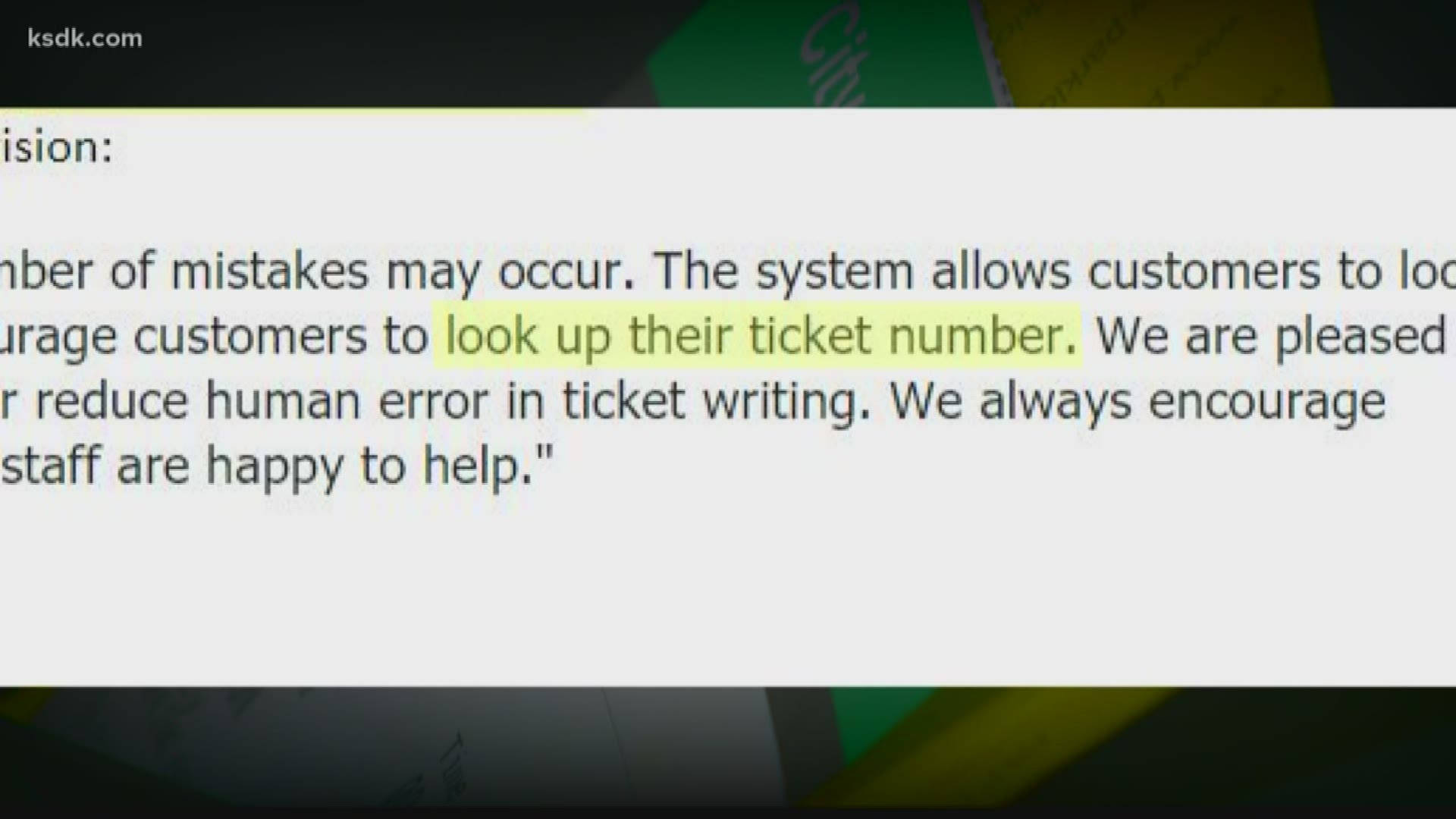 ST. LOUIS — The I-Team exposed a glitch in the city's parking ticket system. A defect that may mean you have more tickets than you think. We uncovered the mystery behind these 'secret tickets' and what the city has to say about them.

It's the dreaded yellow envelope you see on your windshield when you forgot to feed the meter.

"I walk out there and I still have a ticket because I missed a few minutes here or there. Parking in St Louis is a nightmare," said Jake Thebeau, a part-time videographer.

Thebeau admitted he and his girlfriend get their fair share of parking tickets while at work downtown.

"As soon as we have the funds available, we pay it. We don't try to get out of it or anything like that," said Thebeau.

RELATED: 'How many people does it take?!' | Potholes damage more than a dozen cars in MoDOT construction area

As much as they tried to stay on top of them, Thebeau said he began to receive letters from the city about unpaid tickets. They were tickets that didn't show up when he searched the city's online parking ticket system.

"We'd end up paying $90 just for one ticket just because we couldn't find it or it wouldn't show up," said Thebeau.

It turned out, Thebeau had secret parking tickets.

When he went to pay his tickets online, he'd type his license plate number which starts with F-L-0. If there were tickets, he paid them, but sometimes there wouldn't be any.

Suddenly a whole new batch of tickets showed up.

Members of the I-Team tested their own license plates and found at least one of us also had a secret ticket.

"The DMV said that the Os aren't in license plates. It's only zeroes. It seems like the officers that are giving tickets can write in an O and that seems to go through their system just as well as a zero," said Thebeau.

Once Thebeau found where the secret tickets lived, he tried to keep up.

"We check both now. It's been very hard to keep up with it," he said.

But Thebeau's zero balance online didn't provide the peace of mind it should.

"There was no ticket information at all. We had zero. Then I got a letter in the mail actually suspending my girlfriend's license plate number," said Thebeau.

"So, as much as we try to keep on top of it, it hits us with a surprise debt. Are we missing something? Did everyone get a memo we didn't get? Is there a way we're supposed to navigate this system that we don't understand?" asked Thebeau.

RELATED: 'We spent $8,500 on tickets' | St. Charles couple cancels trip of a lifetime because of coronavirus

Close to $1,000 in parking fees later, Thebeau said no one with the St. Louis treasurer's office, which is in charge of the parking division, has offered much help.

When the I-Team asked them about the glitch, they told us:

"We continuously train our employees on this issue, but a very small number of mistakes may occur. The system allows customers to look up parking tickets by ticket number or license plate number, so we encourage customers to look up their ticket number. We are pleased to report that this year we are rolling out new technology that will further reduce human error in ticket writing. We always encourage customers to contact us with any issues at info@parklouie.com, and our staff are happy to help."

"If it was one or the other, if it was just 'Oh, we have to check the secret tickets,' I guess we could live with it. Because we're busy, we don't want to have to fight with the city about it," said Thebeau. "But if it's not showing up anywhere, we're not being given the opportunity to pay our tickets down. It makes it hard to live and work in the city."

Thebeau and his girlfriend said they take responsibility for all their tickets, they just want to be able to pay them.

We are still waiting to hear back from the revenue department.

More from the I-Team: 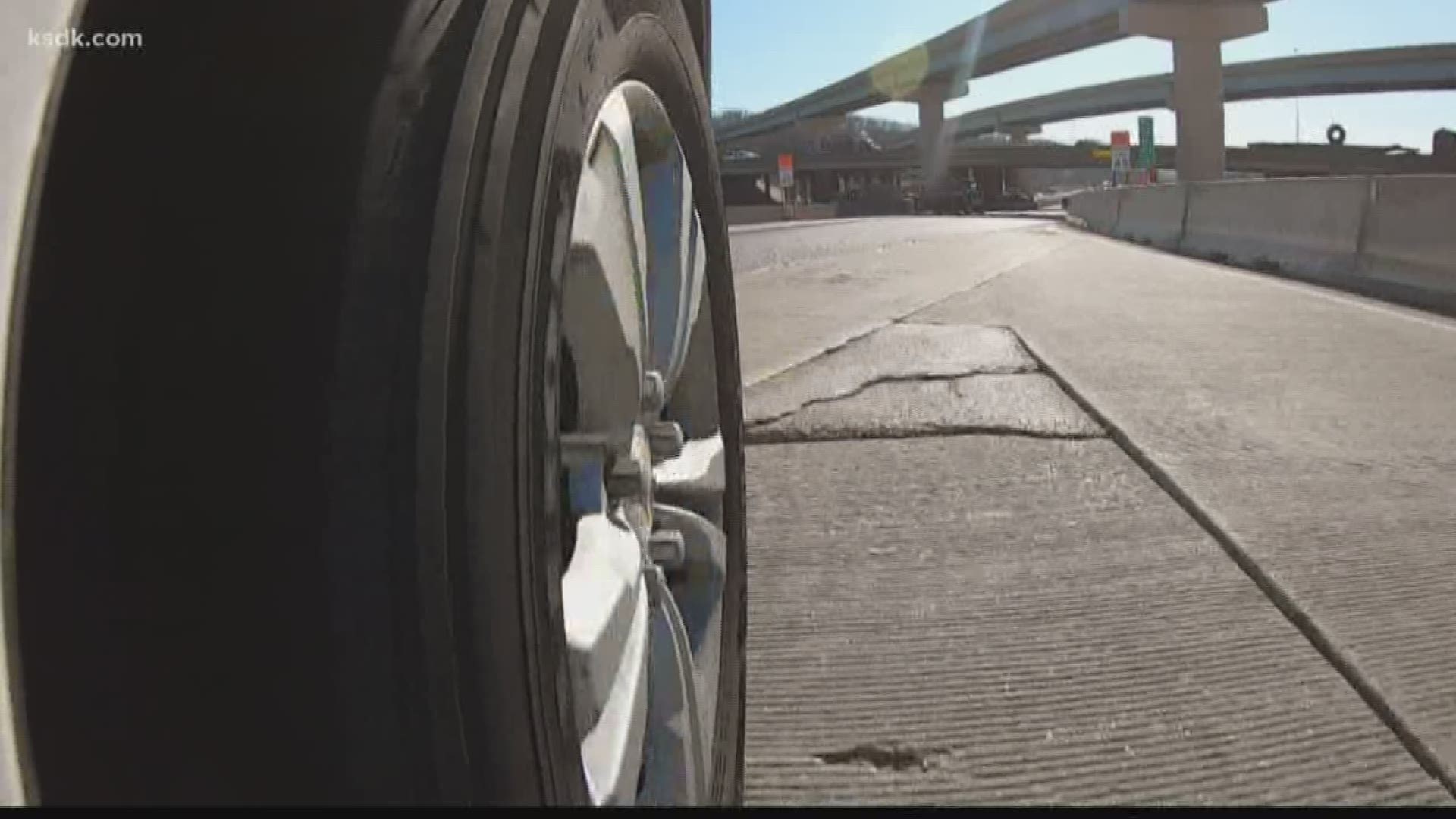