"When you fall into that fear by promoting it, or acting on it, or changing your life, then those people win." 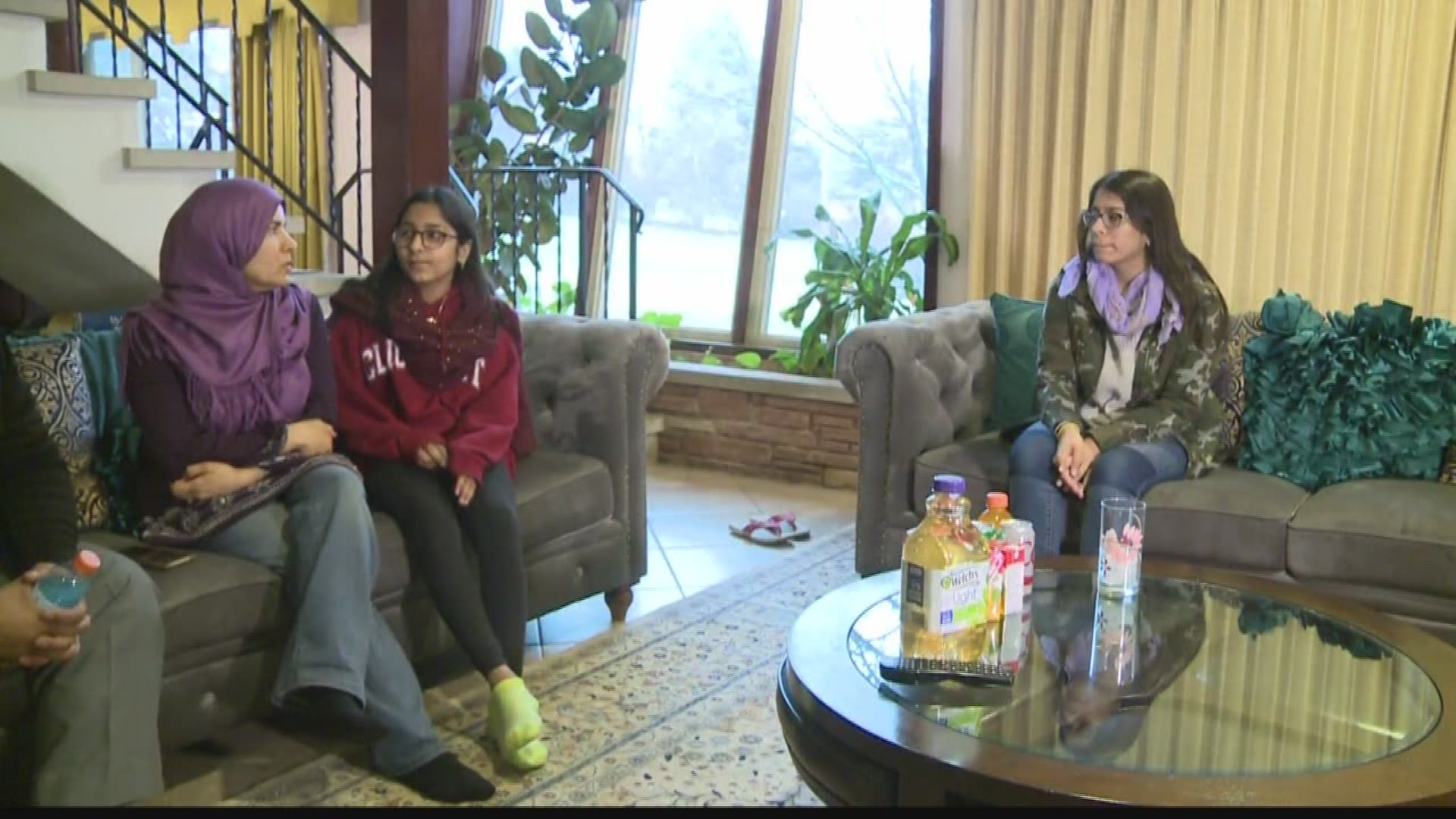 ST. LOUIS COUNTY — Many people within the Muslim-American community are on high alert. That's because a flyer promoting April 3 as "Punish a Muslim Day" is circulating.

"I was just kind of scared that something was going to happen, like bad," seventh-grader Aisha Imdad said.

A message can be hard to ignore, especially when it pops up on your phone.

"All my friends were sending it to me," Imdad said.

Part of the flyer said "They have hurt you. They have made your loved ones suffer." There's also a box explaining that participants would earn points for doing certain things.

"You get points to do all this bad stuff like pulling a headscarf and throwing acid in the face of a Muslim," Imdad said.

The flyer filled Imdad's inbox and her thoughts.

"I was just worried about what would happen because some people can just like walk into the school and like do something or something could happen to my parents when they're at work," she said.

Faizan Syed is executive director of the Missouri Chapter of the Council on American-Islamic Relations.

"Definitely take due diligence but I would not take it to the extreme that many people are taking it," Syed said. "There have been posts telling Muslim women they should not wear the hijab tomorrow. They're posting that people should stay indoors tomorrow and I would totally advise against that. When you fall into that fear by promoting it, or acting on it, or changing your life, then those people win."

The flyers originated in the U.K. Authorities there are trying to figure out who sent them. But here?

"Our office, along with many other offices, have been contacting local law enforcement and the FBI all across the country and there are no credible threats against the American-Muslim community," Syed said.

Imdad's father got the same information from police.

"There's no threat in St. Louis and they have their eyes open and ears open," Adil Imdad said.

That's a message his family is happy to share.

"It kind of like helped me calm down a little bit but it's still kind of like scary because the day hasn't happened yet," Aisha Imdad said.

There's a new flyer going around. It's called April 3 "Love a Muslim Day." There's a similar system. For example, for 10 points, smile at a Muslim. For 100 points, invite a Muslim to your home.