Hundreds of petitions have popped up asking administrators to push ceremonies to late summer or winter, including two around St. Louis 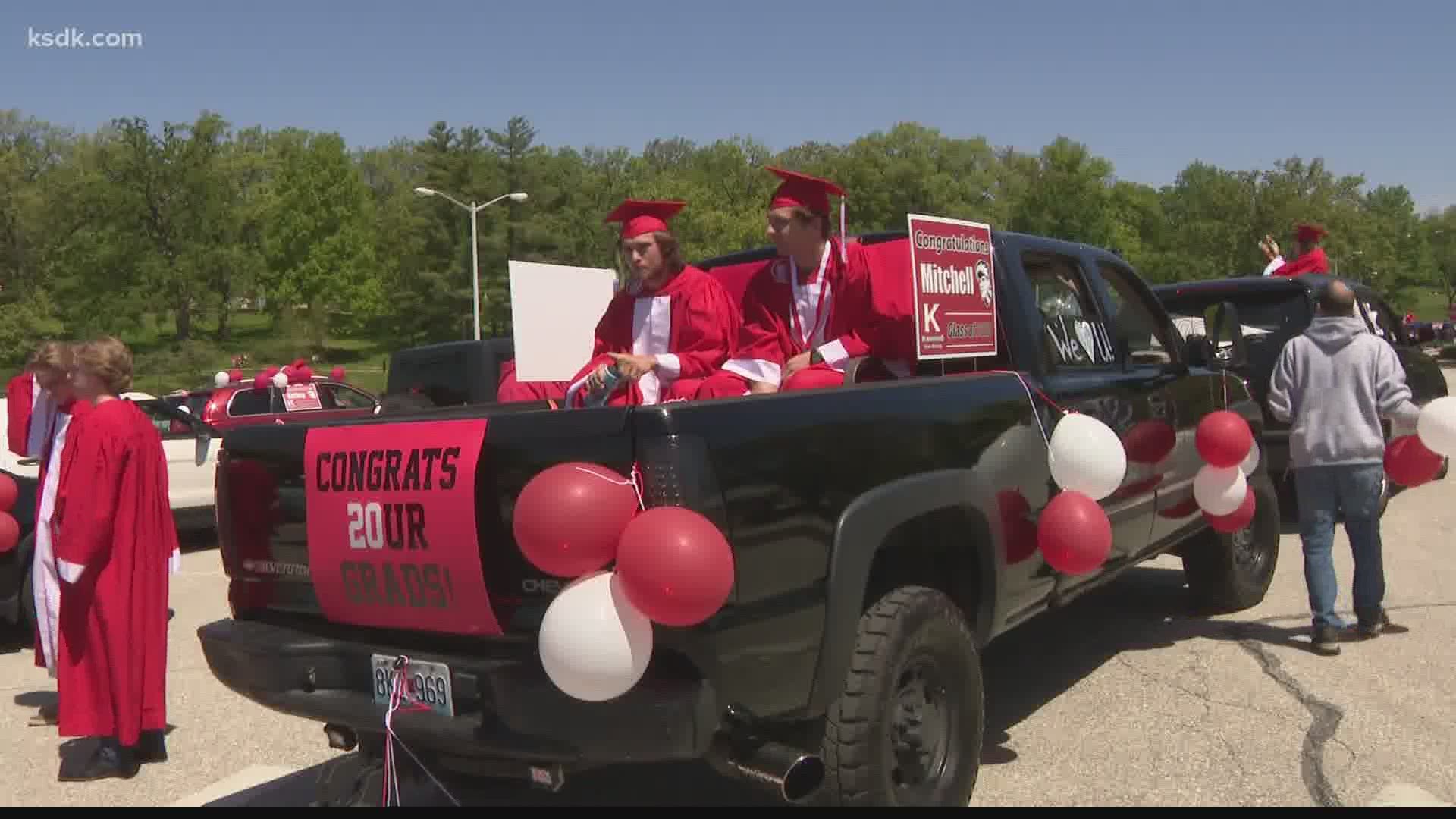 ST. PETERS, Mo. — Some high school seniors are preparing to graduate with an important document in hand, and it’s not a diploma.

Students at two St. Louis area high schools have drafted petitions asking administrators to push graduation ceremonies to a date they can be held in person.

Ashley Head is a senior at Fort Zumwalt. She said a group of students at the high school created the petition after a virtual or drive-through graduation ceremony became a realistic possibility.

“We wouldn’t get the actual experience we wanted,” she explained.

The Fort Zumwalt petition has more than a thousand signatures. It proposes moving graduation to late summer or December when most graduates would return from college.

Hundreds of similar petitions have popped up across the country.

"There are petitions from almost every state, signed by thousands of students who don't want their senior years to disappear without some kind of recognition,” explained Michael Jones, Managing Director of Campaigns at Change.org.

Students argue that drive-thru graduations prevent large families from experience the experience together if they can’t fit in the same car. Virtual ceremonies propose challenges if a family does not have easy access to technology.

While one of these petitions can’t force a school district to change their policies, it gives these students a platform.

“Our generation has a voice that can be heard,” explained Head. “If we have ideas that we want to put out there, it's actually being heard.”

Fort Zumwalt students feel their message has been received. About a month after it was created, school administrators told families they were aiming for an in-person ceremony in August at the Family Arena.

According to Change.org, different groups have been using the platform more often to bring attention to issues they are unhappy with. The organization reports one petition is declared a victory every hour.