How drones made fighting the Affton chemical plant fire possible 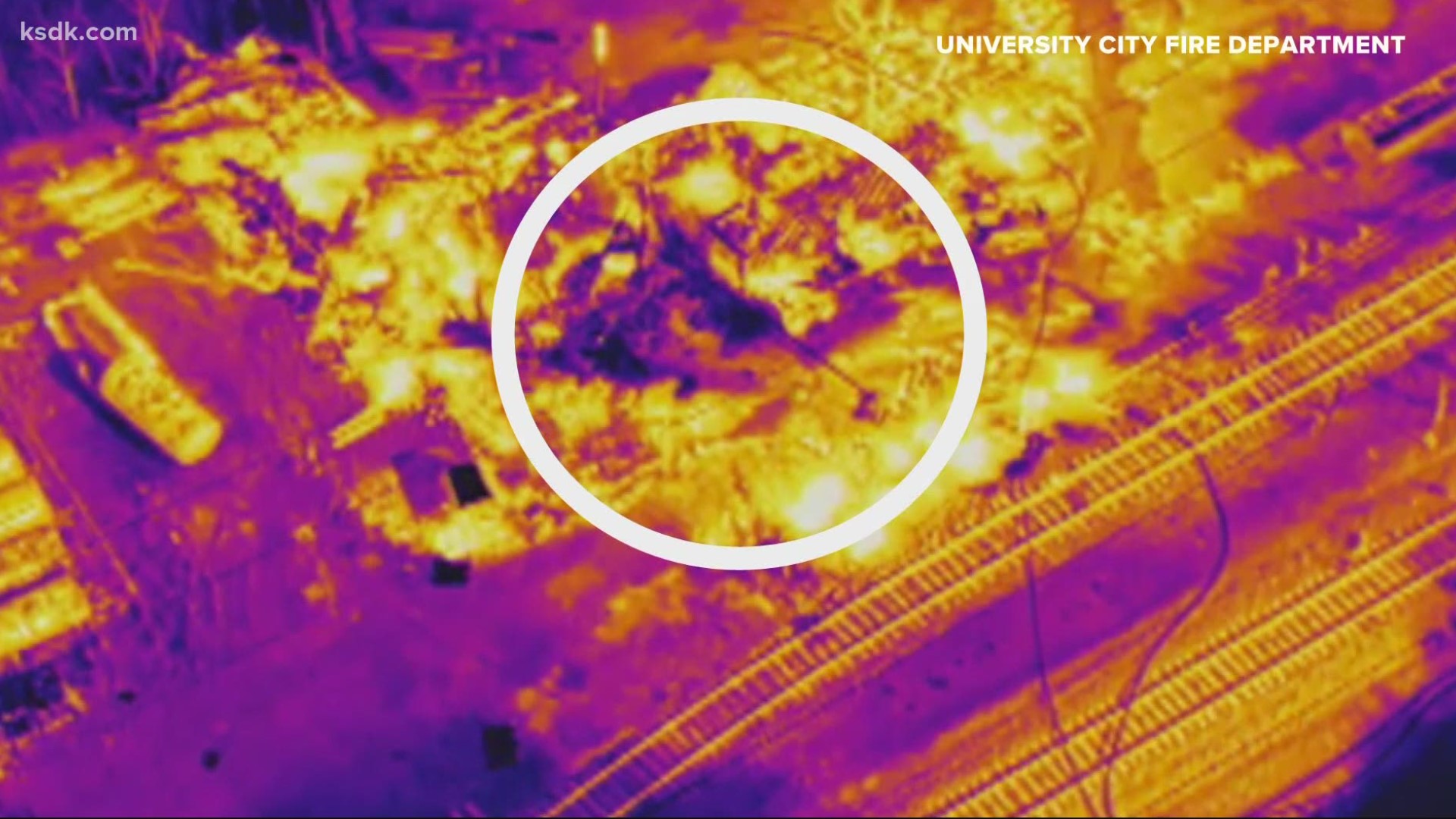 "We were able to put up one aircraft right away," Matt Pagano, the Deputy Chief Fire Marshal with the University City Fire Department told 5 On Your Side, "Our second aircraft arrived a short while later coming from the engine house."

Once airborne, Pagano flew the department's drone over the chemical plant. Pagano was able to switch between regular and infrared cameras with a tablet showing the live video from the drone.

"They were able to use the thermal to direct the teams on the ground as to what areas needed attention, where to pull back and redirect from," Pagano explains.

With Pagano's hands at the control, crews on the ground were able to fight back the fire much quicker than without the steady eye in the sky. Without the mutual aid help from University City, Affton Fire Protection District Chief Nick Fahs told 5 On Your Side, "We might still be down there."

Chief Fahs says they would have let it burn because the risk to human life would have been too great.

"I wouldn't want to send ours or any other mutual aid firefighters down there to put something out, because there's been incidents," Fahs said. "Kansas City lost six firefighters in a tanker explosion. Honestly, we probably would have let it burn and it would have done tremendous more damage to the environment."

Crews from Missouri's Department of Natural Resources were at Manor Chemical throughout the day Friday. Crews from Ameren and OSHA were also spotted by 5 On Your Side.

"We're going to look for whatever we might find in the water, so it could be chemicals. We sometimes look for bacteria. In a fire situation, typically we would look at what was housed at the facility and what could potentially make it to the water or the soil."