An event that started at Hotshots in Wentzville quickly took over neighboring parking lots, as well. 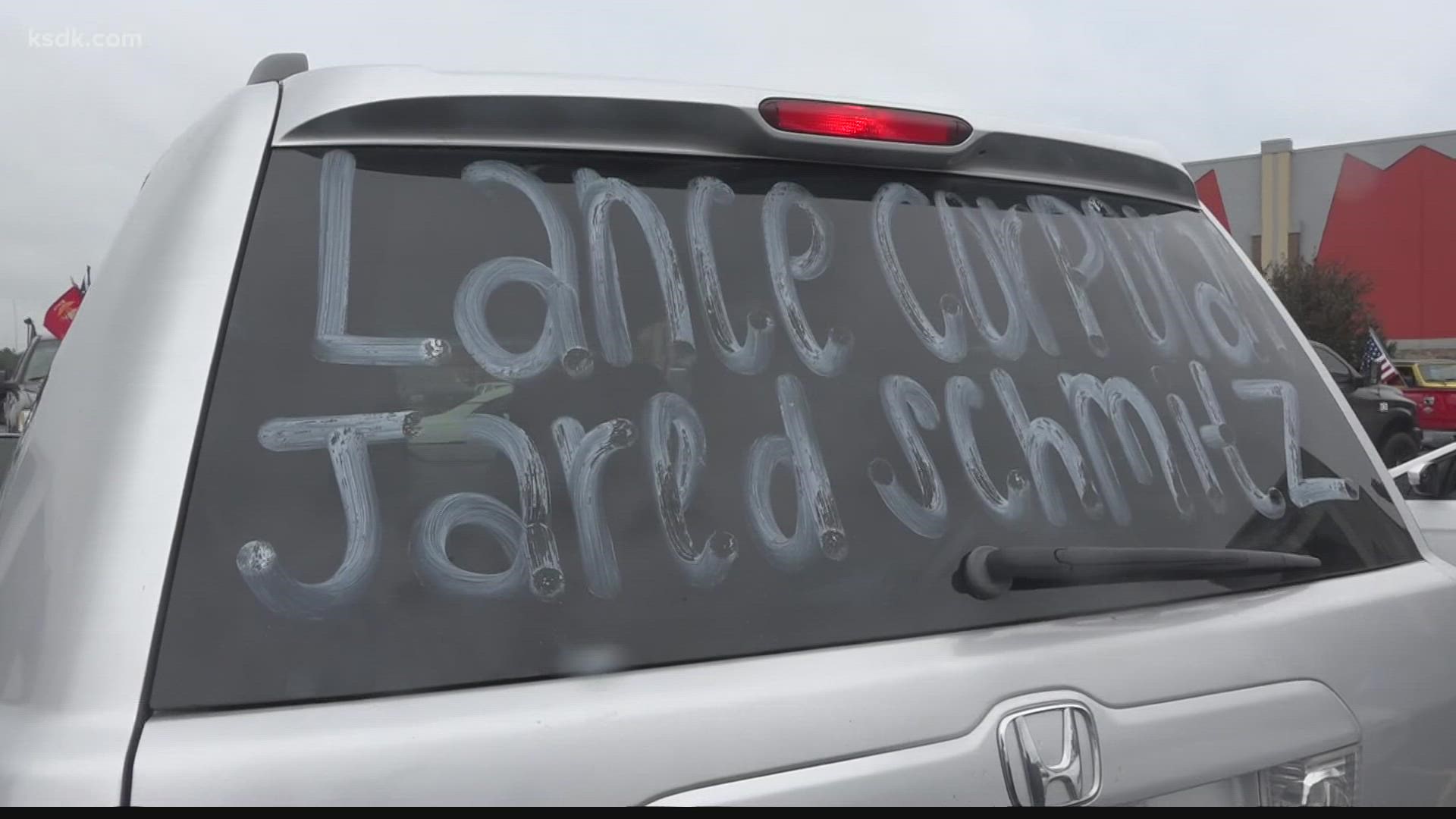 Schmitz was among 13 service members killed in a terrorist attack in Kabul, late last month.

Diane Ohmes could be seen attaching an American flag to the back of her pick-up truck.

“I’m getting ready to honor a fallen soldier,” said Ohmes.

Ana Russell said, “I knew there was going to be a lot of support, but there are at least three parking lots full of people!”

People turned out in cars of all colors with three things in common – red, white and blue.

Alex Mrazak was asked why it was important for him to be there.

“To show support for our troops,” said Mrazak.

“There’s a lot of people here; a lot of friends,” said Wilmes. “A lot more friends than I expected.”

Eventually, cruisers took to the streets of St. Charles County.

Sam Hardy was sitting in the passenger seat of a pick-up truck.

“We didn’t know him personally,” said Hardy, “but we feel like we do.”

Megan Lett added, “As a community, we all rally together.”

People who attended showed their support for the Schmitz family, in particular, and military families, in general.

Shelby Peterson said it was important to be there.

“Just to be patriotic.”

Maddie Woodsmall and Brandon Wisa were co-organizers of the event.

“Brandon and I both run car clubs in the St. Charles area, so we knew we’d have the support,” said Woodsmall. “We just weren’t expecting it to be that large of a turnout. Jared would’ve loved this. He always wanted to make a difference and that’s exactly what he’s doing. He’s bringing everyone together.”

“I was absolutely blown away by the turn out,” said Wisa. “I did it because I'm a Marine and Marines take care of each other. We're a family. I hope to show the Schmitz family that they're not alone and we're all here supporting and loving them.”

The military will be returning the remains of Lance Corporal Schmitz to Lambert Airport, Wednesday. The Patriot Guard Riders will escort his remains from there to the funeral home and onto Jefferson Barracks National Cemetery for burial.