Construction worker dies after vehicle goes over side of Blanchette Bridge

He was identified as 59-year-old Alan Jackson of Pevely 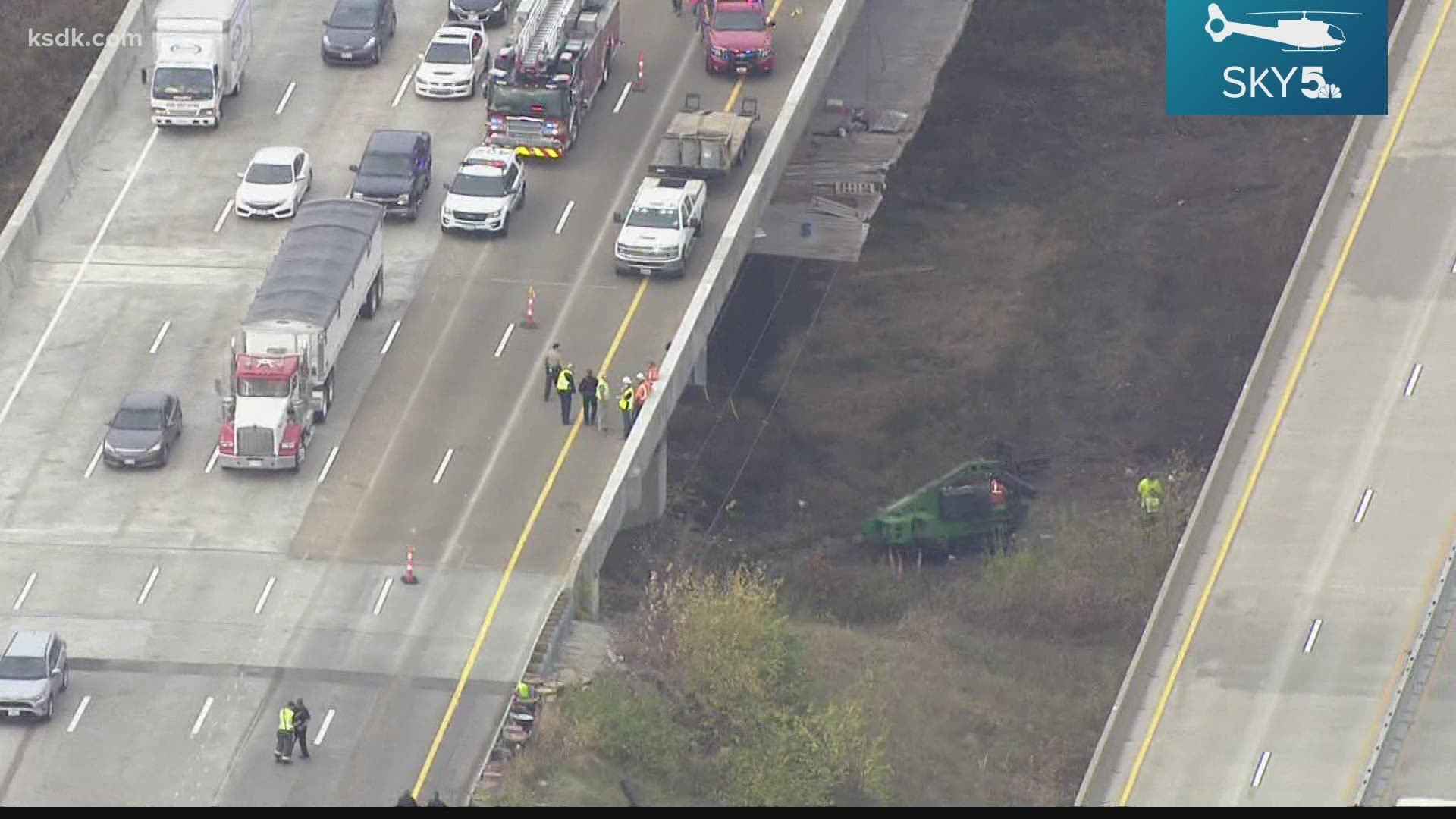 ST CHARLES, Mo. — A construction worker died after a vehicle he was in went over the side of the Blanchette Bridge Tuesday morning.

Emergency responders were called to the Blanchette Bridge at around 8 a.m. for a report that a piece of construction with a worker inside that had gone over the side of the bridge.

The bridge connects I-70 between St. Charles and St. Louis counties over the Missouri River.

Missouri State Highway Patrol said the vehicle went over the bridge and fell onto the sand embankment.

The worker was taken to the hospital with serious injuries. Tuesday afternoon, MSHP confirmed the worker passed away from his injuries.

He was identified as 59-year-old Alan Jackson of Pevely.