Large warehouse fire in the Metro East could be seen from downtown St. Louis

Thursday afternoon, a call went out for a fire in the 1400 block of Mississippi Avenue in Sauget, Illinois 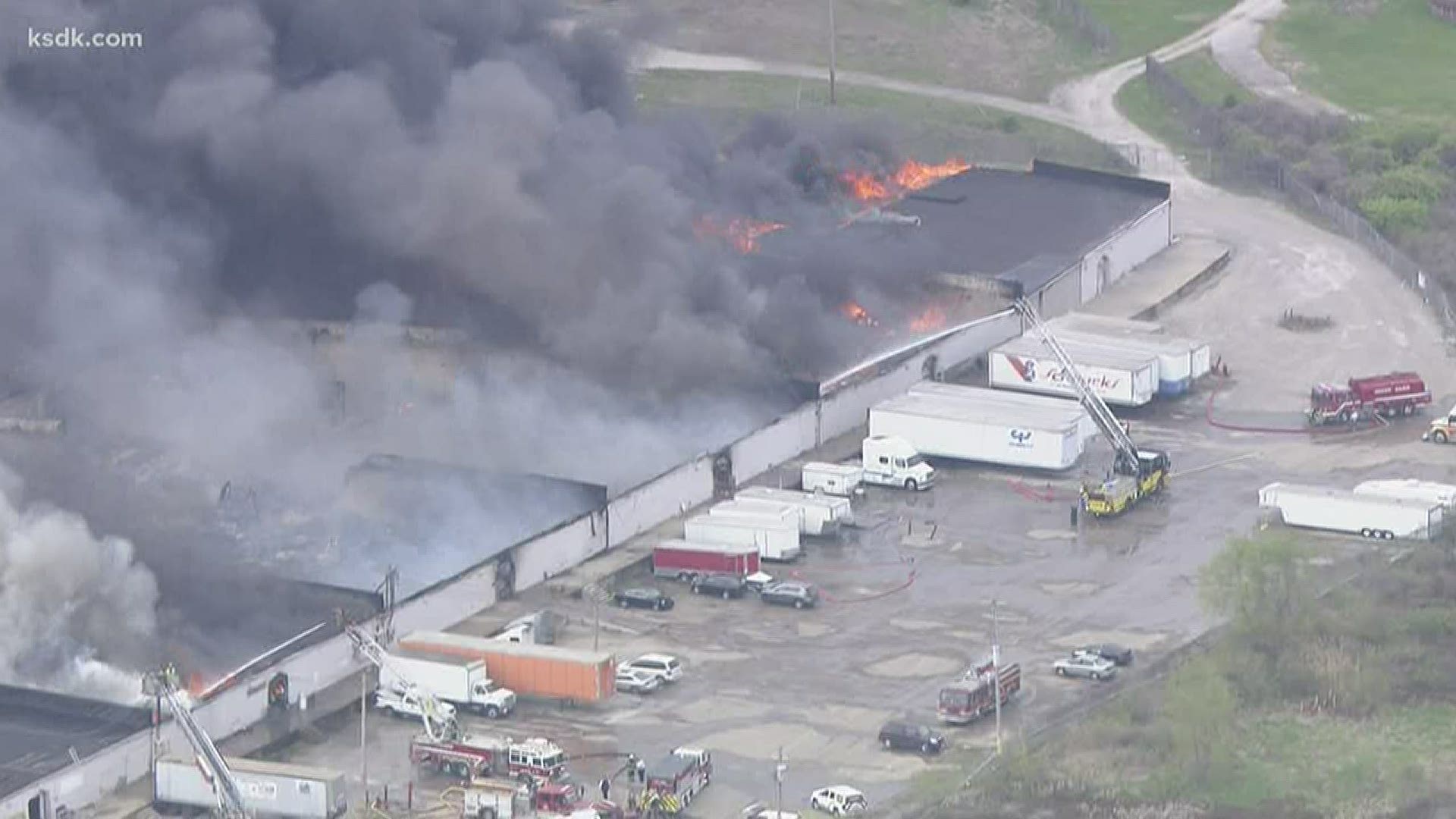 SAUGET, Ill. — Several fire departments responded to a large fire in the Metro East Thursday afternoon. The thick, black smoke was so intense it could be seen from downtown St. Louis.

The call went out for a fire in the 1400 block of Mississippi Avenue in Sauget, Illinois. The address online shows it as a large warehouse.

The following department responded to the scene to help put out the large flames:

At about 9:45 p.m., officials with the St. Clair County EMA said the fire still was not out and crews would likely remain on scene overnight working to extinguish it and put water on the hot spots. They were able to get the worst parts of the fire knocked down earlier Thursday evening.