St. Clair Co. computer network down, leaving some jail inmates to wait for their approved release

A post online claims the Grief ransomware gang is behind the county's computer claims. Cybersecurity experts say it's likely, though not verified. 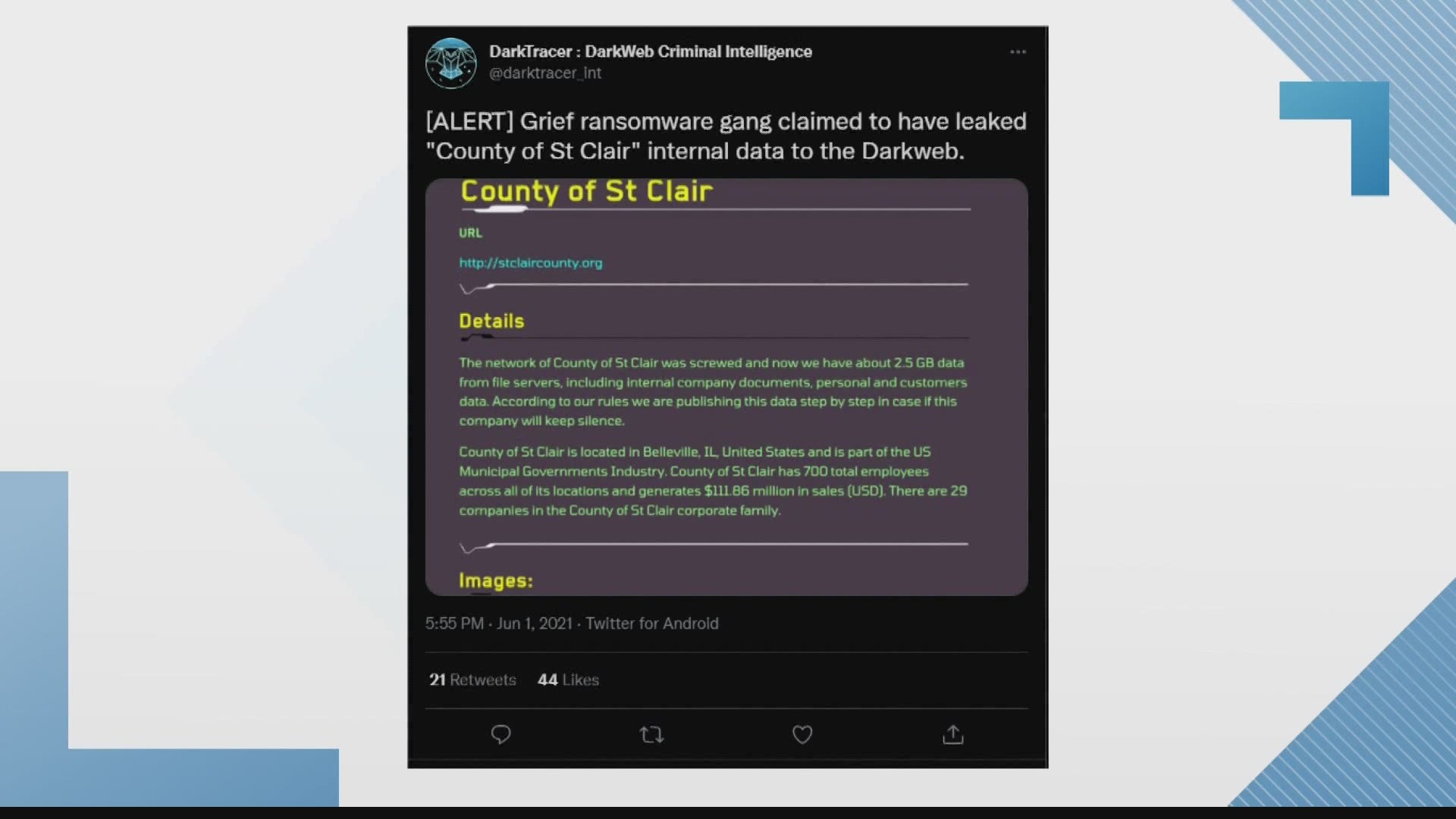 BELLEVILLE, Ill. — There are no visitors in the parking lot outside St. Clair County jail. But one woman tells us she has been waiting days to reunite with her boyfriend who was supposed to be released more than 48 hours ago.

"I keep being told that the jail is on lockdown because there has been a system failure since last Saturday, and I wanna know what's going on. Nobody can get released. Nobody can post bond. They can't check out any information," the woman — who wants to remain anonymous — told 5 On Your Side.

She said the charges involving her boyfriend were dropped Monday, but the jail employees cannot release him while their network is down.

St. Clair County IT Director Jeff Sandusky said they've been working on a "network issue" since this weekend. That same network is connected to the jail's computer system. He wouldn't say if this has been the reason some people are being held in custody days after they were supposed to be released, and county leaders won't confirm if this is a hack, as some are saying online.

"If you go on Twitter, you will see Twitter accounts by famous groups of hackers and cybercriminals posting about where they have had their latest breach and success," UMSL Associate Professor Shaji Khan said of hacker groups' propensity to post about their accomplishments.

Khan pointed to a tweet that claims the hacking group Grief is holding 2.5 gigabytes of St. Clair County's data. But the link included isn't the correct St. Clair County. It points to a municipality with the same name in Michigan. He says he's skeptical of the Grief involvement, but he wouldn't be surprised because it's a very serious trend.

"Things seem to keep spiraling out of control. And there's no end in sight as far as I can see," Khan said.

Sandusky said they hope to see the system back online soon, but that's little consolation for those who have been waiting days without results.

"Something has to be done about this. Seriously. What police department holds 1,500 inmates and no [computer] system. Everything is shut down," the woman told 5 On Your Side.